I can tell that my Omicron symptoms are mild because I can still smell the paperwhites. We were meant to be in Cornwall, walking through Lamorna, fuelling ourselves on crab sandwiches, but Covid got in the way. The salty air with which I hoped to start the new year has turned sweet and heady, expansive grey skies traded for the dim yellow glow of a table lamp.

Before we set off (we managed to get as far as Dorset before I tested positive), I unpicked the crispy pine garland that had sat atop the mantelpiece and put a vase of paperwhites there instead, thinking I’d miss them flowering. Instead, I’ve spent the endless hours of self-isolation watching their silhouettes shift and grow across the walls.

For some gardeners, planting paperwhites (Narcissus papyraceus “Ziva” are the ones in question, but the same can be done with other spring bulbs) is a crucial part of the run-up to Christmas. The bulbs are forced, meaning they’re tricked into thinking winter has happened in order to flower with the dawn of a false indoor spring. Planted a couple of months before late December and left somewhere cool and dark – a garage, a shed, a cupboard – they are then taken out to participate in a horticultural magic trick, pumping out scent and flowers as the world outdoors sleeps; white rabbits in glass hats. 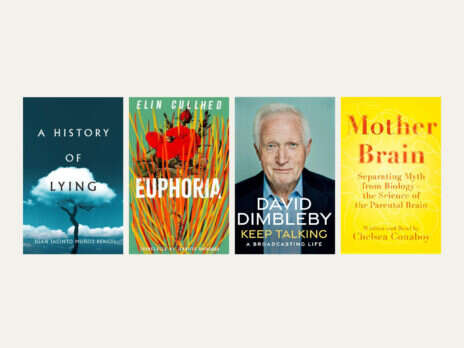 As has happened many times over the past couple of years, time’s slippage meant I didn’t plant mine until mid-December, by which point they were impatiently shooting in the dark of their cardboard boxes. Nestling the bulbs among gravel in vases and watering them seemed to galvanise them. No pretend winter was needed here: they were budding by Christmas in spite of the mercury rising outside. Those I gave to people as presents poked through the wrapping paper, keen to crack on. At the end of a long year, the vitality in those bulbs was both jarring and galvanising; how keen they were for new beginnings.

Gardeners know better than most how meek the first days of a year can be, stacking up seed catalogues in lieu of doing much outdoors. Outside, even the best gardens are tidy and damp, neat lines of mulch and matter. It’s why many of us force our Christmas bulbs to flower a little later. The elegance of a paperwhite, the fantastical glamour of a Hippeastrum, the pure poise of a snowdrop: in October, we plan these little January parties for ourselves so there’s something to enliven the space once the fairy lights have been wrestled back into their box. It’s a small distraction, but a welcome one. Among the abandonment of resolutions and beleaguering weather, these unlikely flowers offer a growing reminder that brighter days are ahead.

[See also: Nature is a state of grace that can be experienced by anyone, anywhere]

Currently, the paperwhites are two feet tall and dazzling, bursting stars of white petals with immaculate and tiny golden crowns. They’ve become a kind of time-keeper in themselves: as the number of remaining isolation days dwindled on my NHS app, the petals dried out. I will let their green stems linger and feed the bulb beneath, then plant them in the garden.

Thanks to self-isolation, I’ve been able to enjoy flowers that otherwise would have opened into an empty flat. Perhaps that’s a happy irony, perhaps it’s fitting: the past two years could be seen as a kind of pretend winter, all of us stuck indoors, waiting for the release of spring. This January, like the last one, bears a heavier version of the usual improving promise of a new year. This year might be when the freedom of normality returns, when we all bloom triumphantly after such dormancy.

That may sound naive, depending on your outlook, depending on how you are finding this particular kind of Groundhog Day. But what is undeniable is that we have been forced – inside, yes, but also to consider and desire things more urgently. After not being allowed to leave the house, I’ve become giddy for the world beyond it. Bring me the pink sunsets, the sugary hit of daphne, the first fat crocus. I want to stretch my legs into this lingering new year.