In a year when the spotlight has been turned on the appalling murders of American black youth, it might feel almost vulgar to address the same bigoted tendrils that permeate our pop culture. Yet that same institutionalised racism and unchecked white privilege that lies behind the horrific death toll is precisely what has led to a year of largely whitewashed films and award ceremonies, reinforcing the dangerous status quo.

September headlines were briefly bustling with the news that Idris Elba is too “street” to be Bond and Nicki Minaj having to ask ignorant artists what’s good, but while the film and music industries are at least drawing attention to their failings, another medium managed to grab headlines simply for token efforts at the expense of real progress.

Racial diversity in comics has long been a major issue of contention, with an overwhelmingly white pantheon of superheroes, a severe lack of black writers and artists behind the pages, and troublesome reporting of the resulting upset.

The news that award winning writer and journalist Ta-Nehisi Coates is joining Marvel to pen Black Panther, and that DC are now actively looking to increase the number of female and non-white writers and artists is perhaps a somewhat hopeful turn after a long summer of discontent. 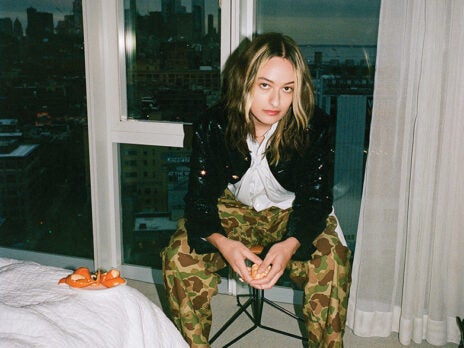 Comics is a huge medium and, just like its pop culture cousins, the news stories are generally written about just one solitary facet: the mainstream, whatever that is determined to be. For comics, it’s the US monthly titles and superheroes in particular. While international, independent and web-based comics are a thrumming hive of diversity and language, the blockbuster-backed superheroes are given great applause by mainstream media for temporarily broadening the diversity of a character like Captain America instead of having genuinely diverse titles, and the many fans outraged at the thought of a black member of the Fantastic Four was sadly all too predictable. Both DC and Marvel have been making large strides on paper: Miles Morales, the teenage Spider-Man of Black Hispanic descent is as popular as ever; the temporary takeover of the Captain America shield by Sam Wilson aka Falcon, passed with little fuss after being announced on The Colbert Report; Kamala Khan, a teenage Pakistani-American Muslim Ms Marvel is a bestseller; and DC has been consistently race-bending characters across television and film adaptations to reduce the all-white casts.

Announcements that Captain America had “turned” black grabbed the intended headlines for sure, shuffling aside the always-expected fan outrage. A vocal minority of old school fans that hate change of any kind are always ready to voice opposition to “political correctness” and change in a genre where decades old superheroes never grow old – a similar outcry to the title of Thor being given to a woman, which again was lauded by the media.

It’s this ugly tension that hints at the truth behind these clickbait headlines – that the (slightly) increasing diversity of fictional characters in no way relates to any progress behind the scenes.

An example. Marvel announced a new on-going programme of over fifty hip-hop variant comic covers for upcoming titles (see above), celebrating the long history of overlap between hip-hop and superhero comics (Ghostface Killah’s debut album title, Iron Man, perhaps being the most well known). But in a world that witnessed Miley’s twerking and Katy Perry’s every video, we also know that there’s a much bigger overlap between pop culture and black culture in the name of appropriation.

Sure enough, of these fifty covers only a handful of the artists are black and the writers and artists of the actual comics inside remain overwhelmingly white.  Just one comic, Black Panther, has black creators – a pretty shocking statistic and the main point that carries the thrust of the appropriation argument.

Underlining Marvel’s failure to realise that diversity is not simply page deep, a new Blade series was announced with white creators attached, upsetting many fans. Blade, perhaps best known for the Wesley Snipes film trilogy adaptation, is one of Marvel’s most successful black characters and the celebrations of his return were cut short – not because the announced creators are disliked, but because it reminded fans of how few black creators were hired by the publisher.

Rounding off a summer of Marvel discontent, the Native American-starring Red Wolf was announced, again with white creators (albeit now with an indigenous artist providing covers and consults) including the alleged harasser Nathan Edmondson on the credits which led to a torrent of anger, and Stan Lee saw fit to remind everyone that in no circumstances could Peter Parker ever be anything other than white and straight (the leaked Sony emails confirmed that this was mandatory in the Spider-Man films). Much of this paled in comparison with Boom Studios’ new series, Strange Fruit, from industry veterans Mark Waid and JG Jones. The title is named for the song protesting the lynching of black Americans sung by Billie Holiday in 1937, while the story is set during the Great Mississippi Flood of 1927 amid dire racial tensions. Add in an alien who resembles every stereotype of black masculinity, and many fans felt ill at ease with the fact the two creators are white.

Still, the benefit of the doubt was largely given until the first issue arrived – dripping with white privilege and white voices. Nameless black characters contrasted starkly with named white saviours and devils both, while the alien man was given no voice at all. He ends the issue naked and wrapped in a Confederate flag, an excellent example of provocation gone very, very wrong.

The “White Privilege, White Audacity, and White Priorities” of this comic has been deconstructed in full by critic JA Micheline, who also points out that Strange Fruit is the title given to Joel Christian Gill’s project focusing on the uncelebrated narratives of black history that was published just one year ago. In a medium struggling with the issue of racial diversity in its staff, Boom’s comic seems ignorant at best and insulting at worst.

Since that first issue and the resounding negative reaction, the second issue had been delayed time and time again, seemingly never to appear. But what upset many fans the most – both with Boom and Marvel – wasn’t the initial insensitivity but the reaction from the publishers that followed: absolute silence from Boom, and passive aggressive dismissal from Marvel. Adding insult to injury is the at times woeful reporting of these stories – plain disregard from many of the same mainstream news sites that happily broadcast headline-making press releases, and inflammatory coverage within the comics press itself. Dismissive outrage over perceived issues of “political correctness” and “social justice” makes for more clicks and ultimately more money.

The news that DC was broadening the diversity of its staff could – and should – only have been met with delight that the publisher was making a concerted effort to look beyond its usual circle when it came to soliciting pitches. Instead the news broke with dog whistle phrases of “affirmative action” and “positive discrimination”, along with the addition of “white, male freelancers to be nudged down the submission pool”.

The same coverage also predicted the usual racist responses. As long-time critic and Image Comics’ Branding Manager David Brothers points out, the precision of reportage is absolutely paramount and the incitement to read such news as “they took our jobs!” positions lens and importance as distinctly white.

Of course nobody is taking anyone’s job, and certainly no one is saying that only black people can write black characters! Superhero comics in particular are largely created by freelancers, and a wider submission pool is good news for everyone in an industry that is still struggling to recognise great talent outside the historical default – white dudes. But a glance at the larger comics medium, overflowing with comics by literally everyone, cuts down any sinister argument that certain races or certain genders just happen to be more talented, dedicated or ambitious. Brothers also notes that the same imprecise reporting over Marvel’s hip hop covers – a focus on authenticity over questioning appropriation – enabled Marvel to more effectively dismiss all criticism. The fact that the criticism focused on was by a white man while black critics were ignored only furthered the original anger.

Where do we go from here?

The second issue of Strange Fruit had appeared to be in limbo, delayed by weeks then months. Boom Studios have confirmed though that issue two will be released soon:

“STRANGE FRUIT #2 was originally scheduled for a September release, as per its bimonthly schedule, but is now set to debut in comic book shops on October 21. We are aware of the conversation the first issue sparked; however, the delay was caused by several production-related issues beyond our control.”

Whether that delay has also given the creators time to reflect on feedback from black fans and critics remains to be seen, but with Boom’s ongoing campaign to “Push Comics Forward”, perhaps there is reason to be hopeful. Meanwhile other publishers such as Oni Press lead the way in encouraging and nurturing diversity in both characters and creators.

The peculiar nature of the direct market – its utter reliance on pre-orders placed months in advance and lack of wide distribution – means that new titles often fail, but the rise of digital has proven a new audience does indeed exist. If Ms Marvel can achieve great success and find those readers fed up with the status quo, so too can Black Panther. And with DC’s commitment to increasing staff diversity, we can only hope other publishers will follow suit.

We desperately need to get to the point where an announcement that Ta-Nehisi Coates is writing a superhero comic is notable purely for his exceptional talent, and white privilege takes a backseat.