I’m only halfway into Election! Britain Votes at the People’s History Museum when I find myself disagreeing with Tony Benn.

In a 2001 speech to the Commons, Benn explained the impetus behind the plaque to Emily Wilding Davison he had placed in the parliamentary crypt: “If one walks around this place, one sees statues of people, not one of whom believed in democracy, votes for women or anything else. We have to be sure that we are a workshop and not a museum.” He may have been correct about Parliament, but he was almost certainly wrong about museums.

Called the National Museum of Labour History until 2001, the People’s History Museum holds items relating to the labour movement, from the first campaigns for men’s suffrage to the anti-war marches of 2003 and the struggle for LGBT rights. It is the most forthright museum I’ve visited. In the first gallery, a caricature of an emancipated slave is accompanied by a caption which begins not with a mealy-mouthed “this controversial image…” or “illustrating attitudes at the time…”, but simply “this is a racist picture”. 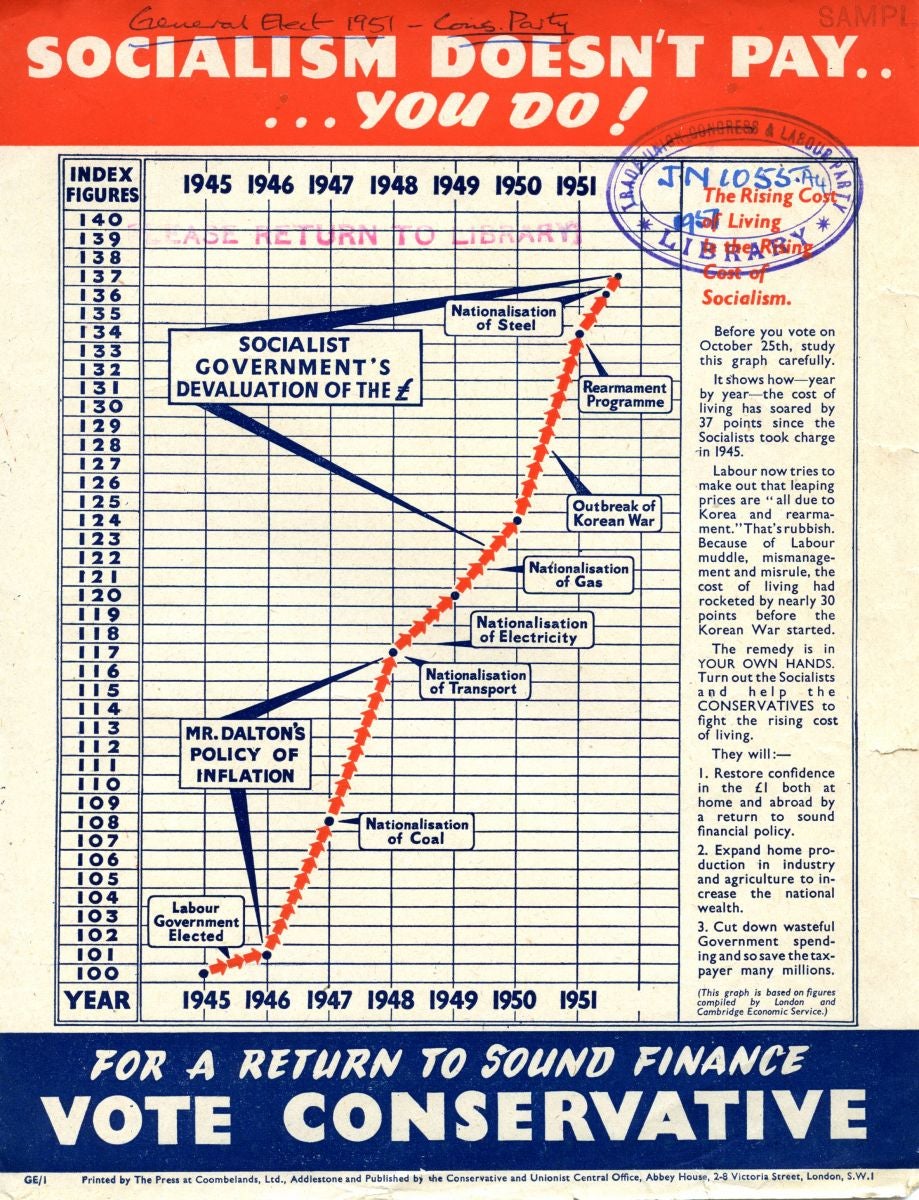 The Election! Britain Votes exhibition is similarly straightforward. Split into two parts, half of it is a history of elections told via objects. Here, posters and newspaper clippings sit alongside rarer memorabilia (Michael Foot’s glasses are worth the trip alone). Arranged in order from 1900 to 2010, certain electioneering trends become clear, not least the ongoing British fondness for political personality cults. The number of posters that try to minimise, or ignore entirely, the name of their party would be funny if it wasn’t so awkward. Statistics for each year show the breakdown of seats and the number of male to female MPs. There are even themed games: when I visit, two Mancunians are playing a game of MP “Guess Who?” – with questions that are about as complimentary as you’d expect. 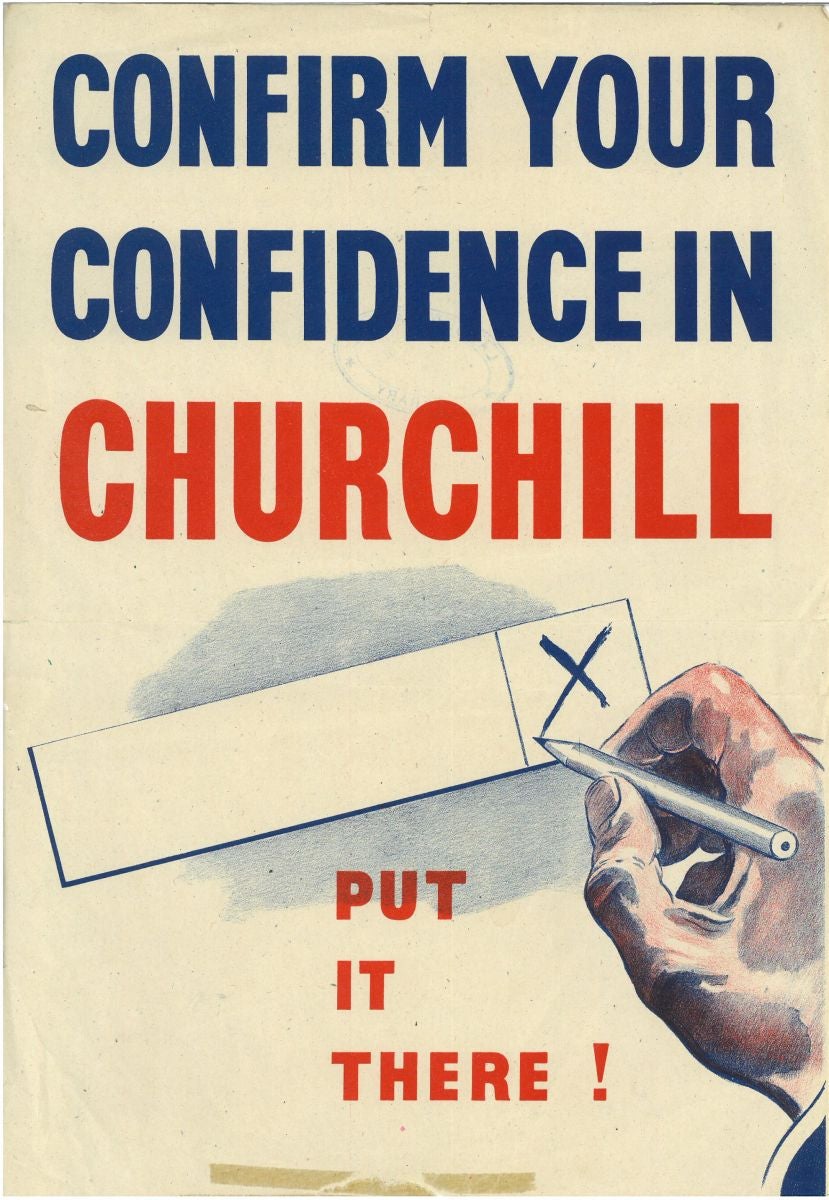 Exciting and well thought out as this all is, however, it’s the other half of the exhibition that grabs attention. Here visitors encounter an introduction to elections which refuses to be coy: the captions at the start inform the public that it is “pro-voting and pro-democracy”, with a paper cut-out of anti-voting Russell Brand illustrating a firm takedown of his ideas.

The job of evidence is given to a glass cabinet of 1997 postcards showing neo-Nazis and other political extremists, captioned “Use your vote, you know he’ll use his”, and pie charts illustrating the percentage of people in each age group who vote – a reminder to younger visitors that political parties only bother to court those who turn up to the polls. Like, I suspect, most people, I’m not used to museums being so unapologetic, and I briefly wonder if they could get away with this in London. 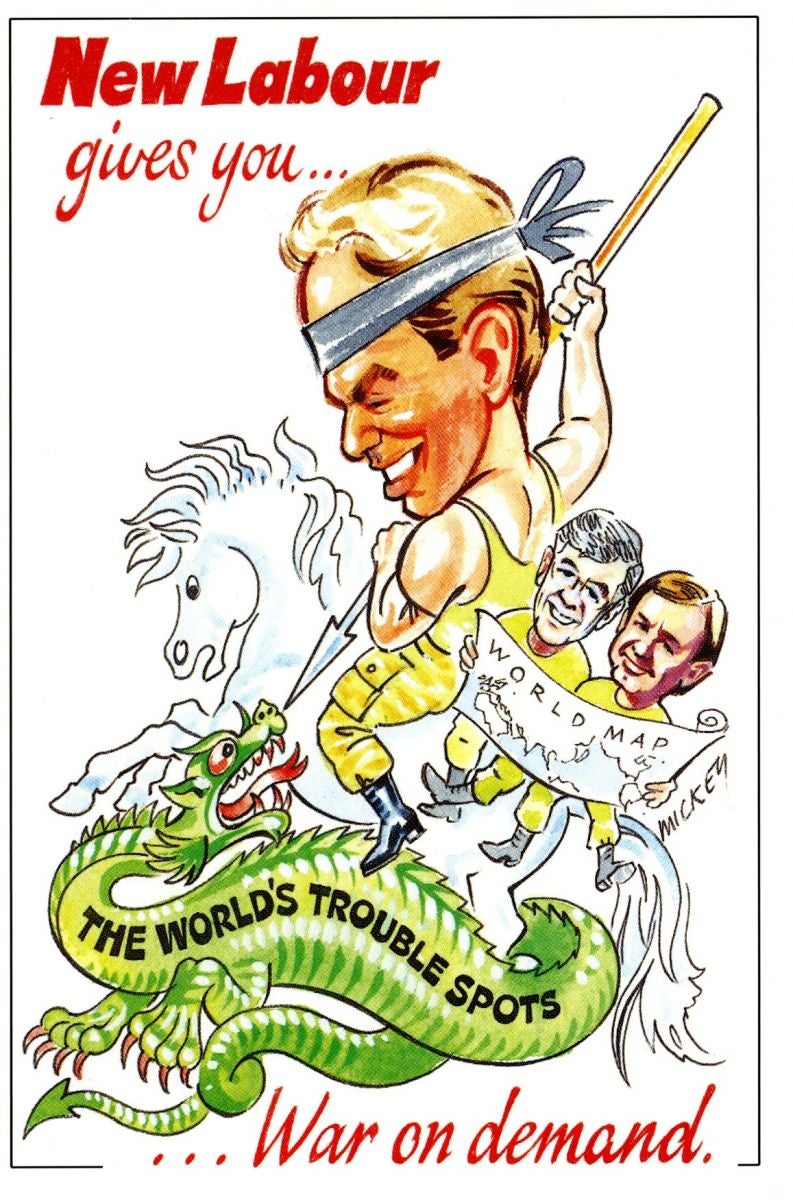 From a curatorial perspective, Exhibition! Britain Votes is a triumph. A display about marginal and bellweather seats is, I’m delighted to find, accompanied by an iPad showing New Statesman sister site May2015.com. For the less mature visitor, a white board with magnets invites you to design posters featuring Ed Milliband, Nigel Farage, David Cameron and/or Nick Clegg, with both suitable and wildly unsuitable iconography available. There are free family packs in jute bags by the door and the language is clear and forthright – a quality not to be underestimated, either in terms of importance or rarity.

Of course, there’s a certain rhetoric at work here (after the panel that tells us the UK is a democracy, unlike certain oppressive regimes overseas, one could hardly miss it). Yet the exhibition is far from uncritical. One of the most prominent displays, headed “But how representative is it?”, shows the breakdown of politicians by race, gender and schooling as opposed to the make-up of the general population, undermining any complacency about Britain’s formally democratic structure. 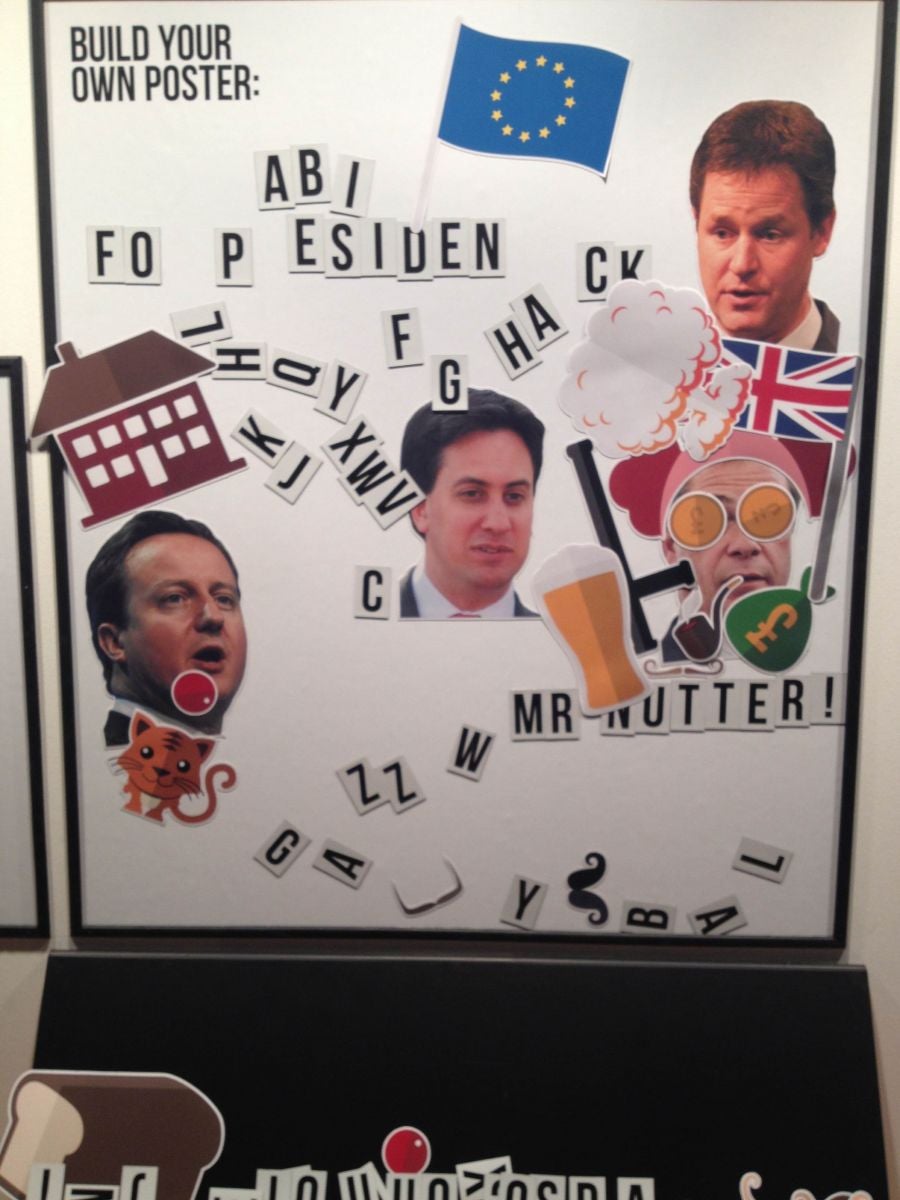 It’s when I reach an iPad with the voter registration page open for visitors to join the electoral roll, however, that I fully understand how radical the exhibition is. For a straightforward decision – of course, why would an exhibition all about voting not give visitors the means to vote, if it can? – it is also jarringly unexpected. Often going to a museum can feel like you are leaving the outside world behind for a few hours, but here there is a direct link to visitors’ real lives and real rights. The iPad achieves something pamphlets never could; making this not just an exhibition about the history of voting, or an urging to participate, but a direct facilitator of democracy.

It suddenly becomes clear that, really, all museums are like this: not just places to remember what has happened, but where new actions take place. Museums are where ideas are introduced, or challenged. From the colonial spoils of the British Museum to the ludicrously gender-skewed art galleries across the country, they propagate the stories they tell, sending school children home with hopelessly biased ideas about British rule or the paucity of women painters. Election! Britain Votes could shed them of their complacency.

Tony Benn was wrong to make a distinction – museums are all workshops. The People’s History Museum just knows it.

Election! Britain Votes will run at the People’s History Museum until 28 June. An item for 2014 will be added after the election in May.