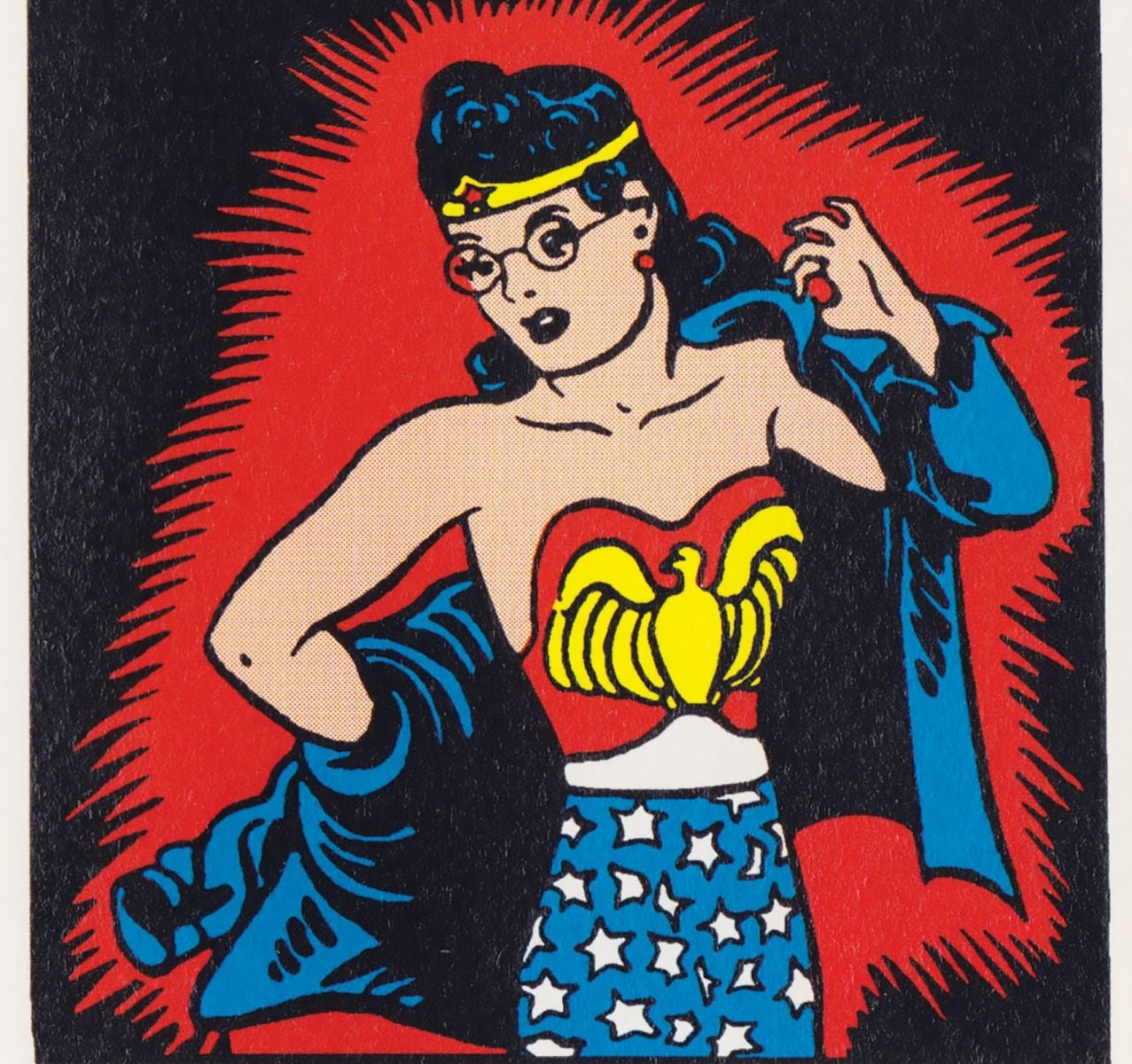 “A great movement is now under way – the growth in the power of women. Let that theme alone or we drop the project.” These stern words were written by William Moulton Marston in 1941 as he submitted his first script for a new superhero. Her name was Wonder Woman.

In the seventy-odd years since, successive editors, writers and directors have found it impossible to “let that theme alone”. A strong, independent, explicitly feminist action hero is still too radical for the business-minded comics industry.

It doesn’t help that Wonder Woman has quite the glass ceiling to smash with her Lasso of Truth. Although superhero movies now dominate the box office, there is still a dearth of female characters – even 2012’s The Avengers, directed by a geek feminist, Joss Whedon, had only Scarlett Johansson’s Black Widow next to seven male leads. And she was the only one in the poster sticking her bum out. Despite a blizzard of comic adaptations, Wonder Woman will have to wait until at least 2017 to get her own feature film.

As Jill Lepore’s lovingly researched study demonstrates, Wonder Woman is used to such slights. The character soared in popularity when invited to join the “Justice Society” of superheroes during the Second World War. However, this bold traveller from the land of the Amazons, who had incredible strength and resourcefulness (as well as bullet-stopping bracelets), was promptly installed as . . . the Society’s secretary. She spent the war sighing about having been left at home while her male counterparts went off adventuring.

This book is several things at once: a history of Wonder Woman’s creator, Marston; a reflection on the themes underpinning the comic; and an exploration of how it was influenced by the early women’s suffrage and reproductive rights movements. Lepore came to the topic through her interest in legal history – Marston also invented the lie detector – and describes herself as a rare person who is interested in law, comics and feminism. At times, you can almost feel her cursing her self-restraint, as the prose strains to scurry off and follow an interesting digression.

The spine of the book is the life of Marston, a charming and occasionally cantankerous conman who hoodwinked a series of establishment figures with his PhD in the (then) avant-garde discipline of psychology. Born in 1893, he met his future wife, Elizabeth Holloway, in eighth grade at a grammar school in Cliftondale, Massa­chusetts. The bright, serious girl went on to Mount Holyoke, the leading women’s college, founded in 1837; he went to Harvard. The university experiences of both were shaped by the burgeoning “woman movement”, campaigning for suffrage; Marston’s was also affected by his growing interest in subjecting young women to psychological experiment. One of the women the young professor strapped into his early lie-detection machine was Olive Byrne, a boyish student who was the secret niece of the feminist firebrand Margaret Sanger. Olive had grown up in an orphanage after her mother, Ethel, Sanger’s sister, was jailed for distributing advice on contraception.

Soon, Olive was living with Marston and his wife; in 1931, she had the first of two children by him. Her sons, Byrne and Donn, were told that their father was called William K Richard and had died tragically without leaving a single photo behind. Later, the Marstons adopted the boys and raised them with their children, Pete and Olive Ann. That two of the kids were just six months apart in age caused a degree of confusion among their classmates; otherwise their neighbours and colleagues seem to have decided not to question too closely the story that Olive was the couple’s housekeeper.

In effect, Marston had two wives: one to work, and one to raise the family. (A third lover also had a room in the attic.) As Lepore coolly observes, for a man who preached the gospel of female dominance, he behaved at times like an old-fashioned patriarch.

Olive Byrne didn’t have a wedding ring but she did wear two golden bracelets from the date she took up with Marston: these were the inspiration for Wonder Woman’s bullet-stoppers. Similarly, Holloway’s love of the Greek poet Sappho fed into some of the character’s curses (“Suffering Sappho!”) and her time at Mount Holyoke inspired the fictional all-women’s “Holiday College”.

At times, there is perhaps too much reading of the comics through the prism of Marston’s personal life: after a section discussing how Wonder Woman is perpetually getting tied up, one of his children is ushered in to say that his father never demonstrated any real-life interest in bondage. Where the book shines is in laying bare how explicitly political the comic book was always intended to be. Marston’s Wonder Woman – or rather, her alter ego, Diana Prince – could never marry her love interest, Steve, because it would lead to her losing her Amazon powers. (In a clanking bit of symbolism, the only way she can be defeated is if a man welds chains to her golden bracelets.) Lepore’s epilogue explaining how in the 1970s the Second Wave of feminists tried to reclaim the character is particularly good, and there are plenty of examples of the original comic art.

Wonder Woman is riddled with contradictions: sexless, yet sexy; strong, yet vulnerable; a feminist hero created by a man – inspired by the two women he loved (and who were inseparable even after his death). As origin stories go, it puts “found in a cornfield” or “bitten by a radioactive spider” into perspective, doesn’t it?

Correction: This story originally referred to Wonder Woman joining the Justice League in the Second World War. It has been corrected to the Justice Society.