It is 50 years since Rachel Carson died, her indomitable spirit finally exhausted by a long struggle with cancer and by a necessary but disheartening battle against the smear campaigns, misinformation and outright lies of the chemical industry she had challenged in her book Silent Spring. In 1964, it must have seemed that she had died victorious: the blanket spraying of DDT had ceased and a new wave of environmental awareness had taken hold, first in the United States and then worldwide. Indeed, many date the beginnings of the modern ecology movement to 1962, when Silent Spring first appeared, and although far too many compromises have been made since then a strong current of committed “dark green” or deep ecological thinking has developed out of her work and that of others.

The irony is that Carson would probably not have considered her role as anything like as important as has been made out (she saw herself as a nature writer who, somewhat unwillingly, got caught up in an environmental campaign), and in terms of her place in literary history the success of that campaign overshadowed the work she would have considered more her own – the great “sea trilogy”, comprising Under the Sea Wind (1941), The Sea Around Us (1951) and The Edge of the Sea (1955). The commercial success of these books drove a concerned public to seek Carson out as a spokesperson on DDT, which led to Silent Spring. Yet it is the sea trilogy that ought to stand as her true legacy and finest achievement, both artistic and scientific, for it was in these books that she set a standard for nature writing that has rarely, if ever, been surpassed.

A marine biologist by education and employment, Carson was never far from the sea and treasured the shore, the ever-shifting line between land and water, as a place where we sense “that intricate fabric of life by which one creature is linked with another, and each with its surroundings”. It was that intricacy – a sense of continuity, rather than connectedness; of inter-animation, even – that she sought to convey in her writing, an intricacy that offers us an intimation of meaning, however difficult it may be to pin down.

Subscriber of the Week: Margaret Hoskins 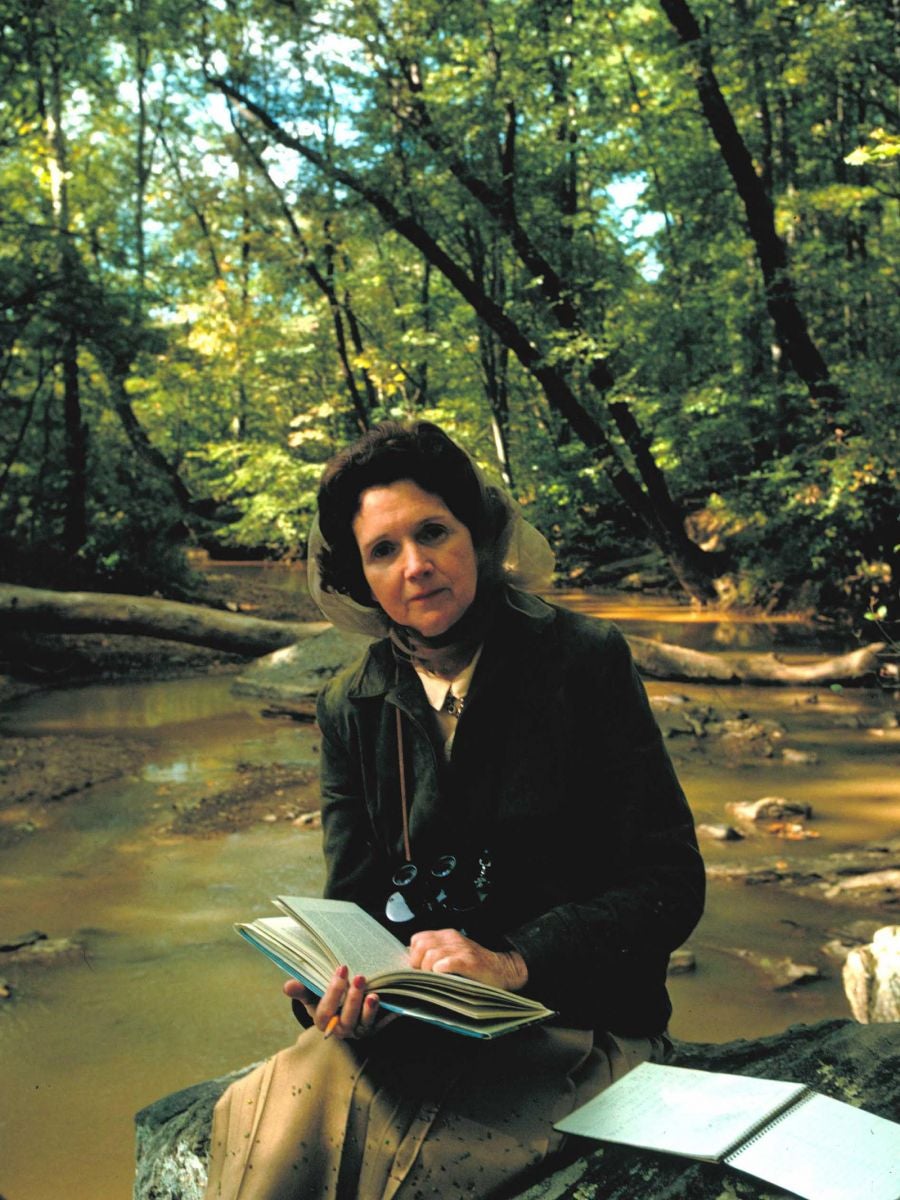 “The meaning haunts and ever eludes us,” she writes, in the concluding lines of the trilogy, “and in its very pursuit we approach the ultimate mystery of Life itself.” As the origin of that life, the sea became, inevitably, a source of infinite study and infinite wonder – a word that features strongly in her work, along with unashamed invocations of “mystery” and “beauty”. Yet in spite of, or perhaps because of, her commitment to such seemingly unscientific experiences, she never forgot to ground them in rigorous observation.

The habits of sanderlings and ghost crabs, of mackerels and sea hares, are carefully detailed throughout the trilogy. We always feel that our guide not only knows these creatures intimately but feels a genuine fondness for their lives and habits. Indeed, it is this marriage of scientific accuracy with wonder that sets Carson above other writers of her ilk.

Yet how is this sense of fondness, of intimacy, achieved? Mere description is not enough, and sentimentality would be intolerable. Carson knew this and she also knew that, sooner or later, the business of art is to take risks – at a certain point, a writer’s success lies in what he or she can get away with. At the outset, Carson thought carefully (and out loud, as it were) about the biggest risk that she had decided to take. “To get the feeling of what it is like to be a creature of the sea requires the active exercise of the imagination and the temporary abandonment of many human concepts and human yardsticks,” she argues.

For example, time measured by the clock or the calendar means nothing if you are a shore bird or a fish, but the succession of light and darkness and the ebb and flow of the tides mean the difference between the time to eat and the time  to fast, between the time an enemy  can find you easily and the time you are relatively safe. We cannot get the full flavour of marine life – cannot project  ourselves vicariously into it – unless we make these adjustments in our thinking.

None of this is at all surprising; to imagine ourselves outside clock and calendar time is a salutary reminder of our own deeper nature and of how artificial our societally determined concepts and yardsticks are. Carson’s next step, however, is more controversial. “On the other hand . . . we must not depart too far from analogy with human conduct if a fish, shrimp, comb jelly or bird is to seem real to us – as real a living creature as he actually is,” she writes. “I have deliberately used certain expressions which would be objected to in formal scientific writing. I have spoken of a fish ‘fearing’ his enemies, for example, not because I suppose a fish experiences fear in the same way that we do, but because I think he behaves as though he were frightened . . . If the behaviour of the fish is to be understandable to us, we must describe it in the words that most properly belong to human psychological states.”

I believe this tension between what would be “objected to in formal scientific writing” and the desire to make living creatures real for her human reader is the key to Carson’s art. The risk she feels she must run is to flirt with anthropomorphism (even to the extent of creating individual, named characters to play out her dramas), just as the love poet must flirt with sentimentality, or the social realist with disgust, on the one hand, and determinism on the other – and her success in treading that thin line is one of the great triumphs. Rather than merely anthropomorphising her animal protagonists (in the manner of children’s books or old-style television nature shows), she animates our imaginations so that what could have seemed alien to the reader – and so inconsequential – becomes humanly vivid.

At the same time, because of the emotional investment she somehow persuades us to make in her animal characters, the general, purely “scientific” points she makes are more fully realised – a source of wonder that is not merely abstract but felt in kinship, as it were, with creatures whose experiences we could not otherwise comprehend. Such a fellowship of experience can be found, to give one example, at the culmination of Carson’s narrative of the eel’s life cycle that runs through Under the Sea Wind, in which she describes the mysterious process of spawning:

So once a year the mature eels of Europe set out across the ocean on a journey of three to four thousand miles; and once a year the mature eels of eastern America go out as though to meet them. In the westernmost part of the drifting sea of sargassum weed some of them meet and intermingle – those that travel farthest west from Europe and farthest east from America. So in the central part of the vast spawning grounds of the eels, the eggs and young of two species float side by side in the water. They are so alike in appearance that only by counting with infinite care the vertebrae that make up their backbones and the plates of muscle that flank their spines can  they be distinguished. Yet some, toward the end of their period of larval life, seek the coast of America and others the coast of Europe, and none ever stray to the wrong continent.

This is writing that cannot be objected to in formal scientific circles – yet, because the lives of the eels have been characterised to just the right extent, we feel the mystery of their world so much more keenly. It is as if Carson has singled out and reanimated that small area of our lower brains that is still part eel.

With the sea trilogy completed, Carson had intended to work on climate change. She had little time left for this – her cancer had already been diagnosed when she began working on Silent Spring – and we will never know what the outcome of her research would have been. As it happened, she was diverted into a task that she felt she was unqualified to complete (she would have preferred to hand over her work on DDT to an investigative journalist) and, as it happened, Silent Spring was a triumph. Yet we should not let it overshadow the sea trilogy, for these books contain Carson’s true spirit: her sharp eye, her measured lyricism, her curious mind. No other writer speaks so unabashedly about beauty and wonder; no other writer gets away with it so well. Today, half a century after her death, we would do well to remember her, not only as a combatant in the battle against greed and ignorance but also as an incomparable and exemplary celebrant of “Life itself”.