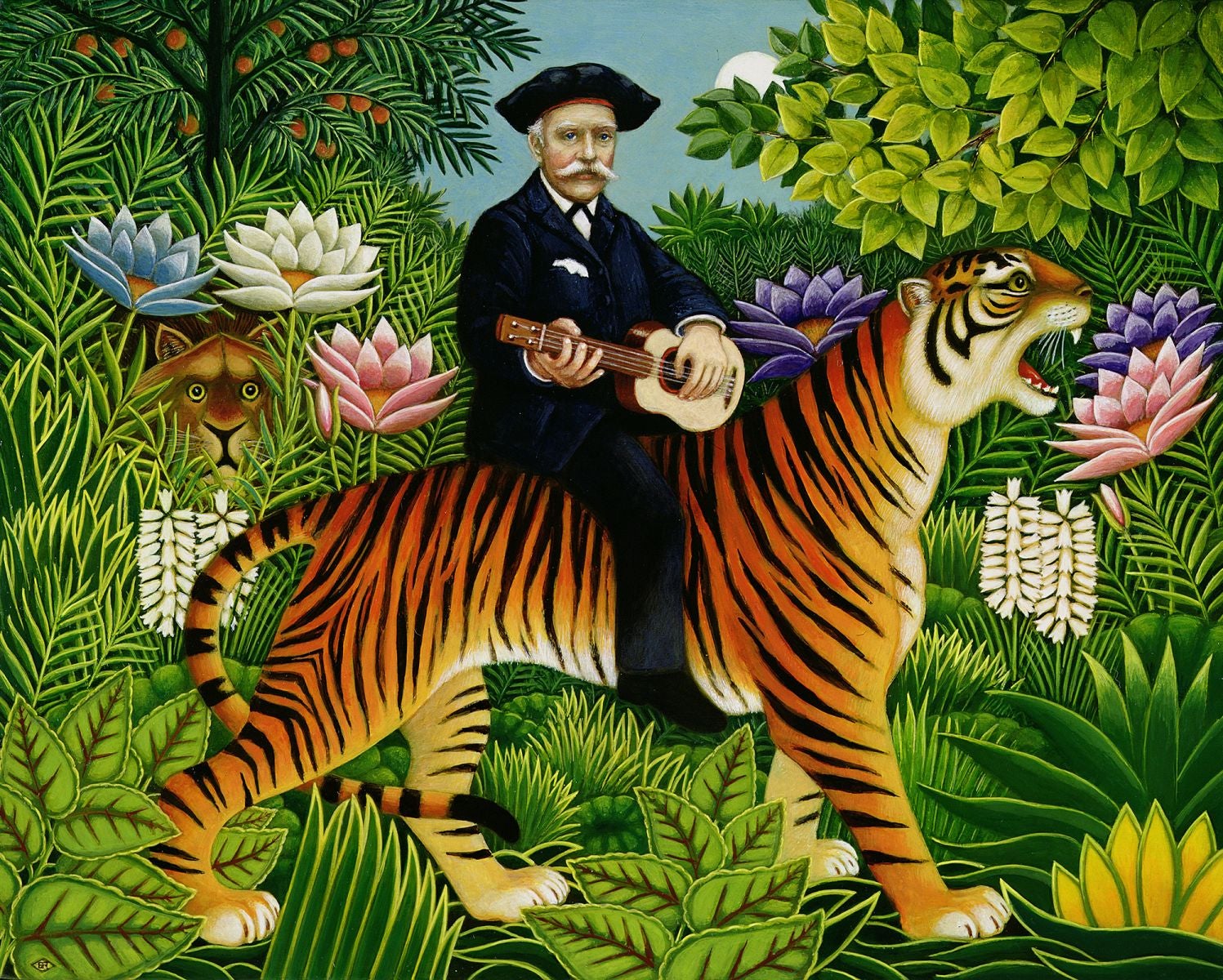 From William Blake to Judith Kerr, writers have deployed tigers in literature to represent wildness, energy and disruption. Blake’s sublime, forest-dwelling feline was the antithesis of his meek and gentle lamb – “Did he who made the Lamb make thee?” – while in Kerr’s The Tiger Who Came to Tea, the big cat threatens to consume every means of sustenance, displacing the family who had initially welcomed it in (mirroring Kerr’s experiences of Nazi Germany).

Ever since Disney gave him a voice, A A Milne’s ebullient Tigger has become a figure of childish amusement, when really he’s an incorrigible pest. He wakes Pooh Bear in the small hours of the morning, gets himself stuck in a tree and nearly drowns poor Eeyore. Like Kipling’s Shere Khan, he expects those around him to bend to his will.

The first-time novelist Fiona McFarlane has pitted a tiger against a lamb in the form of her two central characters, Frida Young and Ruth Field. Ruth is a widowed pensioner, living out her dotage on the south Australian coast. One night she hears a tiger romping through her kitchen. The following morning Frida appears, “as if blown in from the sea”, a “government carer” sent free of charge to be “[her] right arm”.

The significance of the tiger is never fully explained or fixed in place: does it symbolise the threat posed by Frida, or is it Ruth’s senility, her independence or lost youth? As in Yann Martel’s Life of Pi, much of the novel is taken up with power struggles and territorial disputes. Frida moves in. She brings chemicals to get rid of the smell of the sea, puts up banisters and urges Ruth to sell her car, making her dependent and weakening her resolve. But Ruth is never straightforwardly meek. She questions, debates, resists and loves the roughness of swearing (despite having given elocution lessons before she retired). She remembers fondly her childhood in the Fijian jungle, where her parents were missionaries and she fell in love with a young, passionate doctor – the opposite of the steady man she eventually married.

Like so many books about tigers, The Night Guest is a battle to preserve internal order and civility from the madness and barbarity lurking outside. It is a domestic drama, but given that Ruth’s mind leads her to internalise events – “If I see one car in the next ten seconds, she thought, I’ll tell her to go away” – it is an inward struggle too. McFarlane beautifully captures the protracted loss of Ruth’s faculties, one day at a time, like the tide eroding the shore.

In T S Eliot’s “Gerontion”, written in 1920, the tiger takes on a new mantle. “In the juvenescence of the year/Came Christ the tiger”, says the aged narrator, “Us he devours … Tenants of the house”. The Night Guest takes place in the Pacific springtime, November, when casuarina trees, humpback whales and golden wattle blossoms appear along the coast. The book builds to a breathtaking final scene, in which the dry desert of Ruth’s bewildered mind bursts forth into animal majesty and the full extent of Frida’s machinations become clear.