Oliver Hirschbiegel’s 2004 film, Downfall, about the last days of Hitler, attracted unsolicited notoriety on YouTube, where one particular scene was re-subtitled many times over so that the Führer might now be seen raging in his bunker about the relegation of Sheffield United or a design flaw in the latest iPod. But even the most resourceful online mischief-makers working around the clock would be hard-pressed to render Hirschbiegel’s latest biographical film any funnier than it already is. A laughing stock, however, is not the same thing as a comedy. Downfall at least showed Hitler to be a complex human being. In Diana, the same courtesy has not been extended to the late princess of Wales.

An air of fatalism can’t help but pervade any story in which the end is already known to the audience, so one of the first decisions that the makers of any biopic must take is whether or not to exploit the benefit of hindsight. Hirschbiegel and his screenwriter, Stephen Jeffreys, make clear their approach from the opening scene, in which Diana (Naomi Watts) casts a long, meaningful glance at the camera as it recedes from her. This is in Paris in August 1997 and her clairvoyance is contagious: no one in the film can stop him or herself from investing the simplest line or look with foreboding. Diana’s acupuncturist, Oonagh (Geraldine James), proclaims: “Your life is ahead of you!” Then she asks of the Parisian jaunt, “Is it right for you to be going on this trip?” There is talk of forks in the road, choices to be made, futures to look forward to. The movie has balls but only crystal ones.

When they aren’t fatalistic, the innuendoes are sexual. The portrayal of Diana’s two-year relationship with Hasnat Khan (Naveen Andrews), which makes up the bulk of the film, is only one Swanee whistle short of turning into Carry On Princess. Their acquaintance begins when Oonagh’s husband is rushed to the hospital where Hasnat is a heart surgeon. Still, one should never let a class-four haemorrhage get in the way of a love affair. 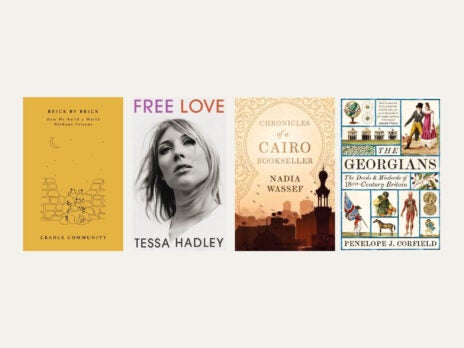 Their eyes meet across an empty triage room but only in the way that an express train “meets” a lorry parked in its path. At least acting students now have a handy three-second “How not to” guide in the form of the absurdly freighted look that passes between the actors. Perhaps they both simply took one sniff of the script and deduced correctly that subtlety would be wasted here.

Jeffreys seems to believe that the quickest way to make the upper classes seem normal is to show that they can use a double entendre as well as a fish knife. Here’s Hasnat to Diana in a lift: “Are you going down?” Diana to Hasnat: “At the palace, we stay open very late.” Hasnat on Diana’s cooking: “Pretty hot stuff, eh?” Diana marvelling at an Angolan landmine: “My, that’s a big one!” The shocking thing is that I made up only one of those lines.

It’s a poor show when a biopic can offer little to recommend its subject beyond her fame. As the film has it, Diana’s greatest attribute was not altruism or rebelliousness but an ability to say things that foreshadowed her death, or would later sound ironic in the light of it. I don’t think that the filmmakers set out to ridicule Diana but I can’t have been the only person in the cinema who experienced an eerie chill when she delivered the line: “You’re laughing at me!”

Watts does what she can with that coquettishly cocked head and sly smirk. The knowing look is a hard one to pull off, though, when you’ve just called yourself an “omnibus” instead of “omniscient”. The act of appearing knowing requires at least a scintilla of knowledge in the first place and the film seems determined to prove that Diana knew only how to stare at length into her hidden shallows.

The woman it portrays is interested in the world around her only in so far as it pertains to her. Whether swotting up on landmines, or leafing through a medical textbook in preparation for a date with Hasnat, it’s all the same – it’s about how she can advertise herself. The only smart thing we see her do is head for the bottom of the swimming pool when she is being addressed by Paul Burrell (Douglas Hodge, infinitely more camp than he was in full drag onstage in La Cage aux Folles). Few among us would not have done the same.

Occasional shards of truth glint among the kitsch. The moment when Diana kisses the mirror to leave a lipstick imprint for Hasnat is very telling – a glimpse through the eyes of a woman who saw adoration wherever she went and was flummoxed if it failed to flow back to her.

There is also the faintest suggestion that Diana’s collusion with the paparazzi made her death a kind of assisted suicide. Yet the movie has about as much self-awareness as its subject. You would have to be far surer of your material than Hirschbiegel is to include Diana’s statement that “This is wall-to-wall 22-carat bollocks!” and not worry that you’ve smuggled a review of your film into the script.