Jamie McGregor Smith has a thing for empty spaces.  In the past, the British photographer has taken his camera to derelict environs as diverse as Detroit’s auto factories, Laybourne Grange’s abandoned lunatic asylum and Stoke-on-Trent’s forsaken pottery industry. He documents the decaying, the crumbling, the once useful  – now forgotten.

Recently, it is the un-peopled post-Olympic structures of the 2004 Athens Games that have attracted his attention. In a new project titled Borrow, Build, Abandon – now on display in London – he turns his gaze on the city’s failed exercise in legacy planning; a site that now sits almost entirely disused, accruing disrepair – a home for rogue vegetation, graffiti, even drying laundry. As journalist Helena Smith wrote after a visit last May, “Athens’s Olympic park, once billed as one of the most complete European athletics complexes, is no testimony to past glories. Instead, it is indicative of misplaced extravagance, desolation and despair.”

McGregor Smith’s documentary series explores this legacy of destitution: “Eight years after the games came to a close,” he writes. “Only three of the 22 Olympic stadiums, built at a cost of $15 Billion, are currently in public use, the remaining requiring an annual £100 million in upkeep costs.”

Lessons on Olympic legacy, highlighted by the Barcelona and Sydney games, were shadowed in Greece’s case by pressures of completion and a delayed three-year construction timeline. Caused by political intervention and government elections, this rush for completion allowed little thought for post game usage and trebled its construction budget.

In  of our own moment of post-Olympic splendour, it’s no surprise that a photographer of Smith’s disposition was drawn to Athens. The product of political floundering, budget cuts and a lack of foresight, the buildings are a government’s failing embodied, and an example of what McGregor Smith calls industrial entropy – “the forces that effect the transition and the decay of matter and energy in a broader sense, evolving economic trends and industrial stability – a change that is natural and unavoidable.”

In the years of sovereign debt crisis, these white elephants of peer pressured national pride, much like the factory shells in defunct industrial cities, are testament to humans continued failure to comprehend inevitable entropic social change. We need to consider the possibility that all human construction in the future could have the technology of functional adaptation.

The work hopes to achieve an appreciation of aesthetic architectural qualities, in cohesion with their contextual relationship to the societies they were constructed for and by. In the cases of abandonment the effect of their power, achievement and status on human landscape, equally exaggerates their failure, in the context of their functional disestablishment.

With Boris Johnson at the helm of the London Legacy Development Corporation, permanent tenants secured for seven of the eight Olympic venues and a promise “to promote and deliver physical, social, economic and environmental regeneration in the Olympic Park and surrounding area”, legacy planning is undoubtedly an issue that London 2012 has enthusiastically addressed.

And yet these portraits – stark, unyielding, silent – are a curious reminder of an evolution that is often beyond our control. We can build it, but can we master it? We’ll wait and see. 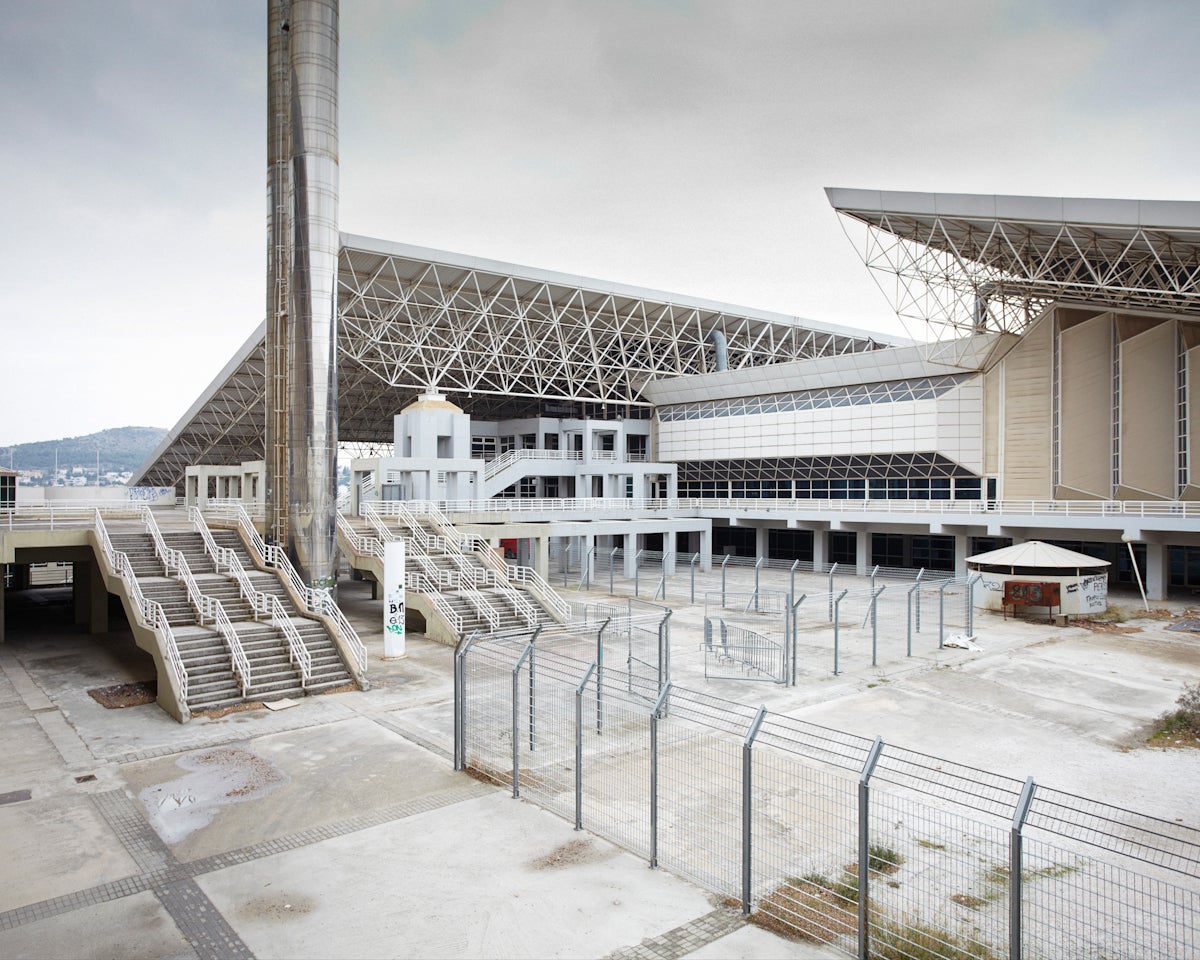 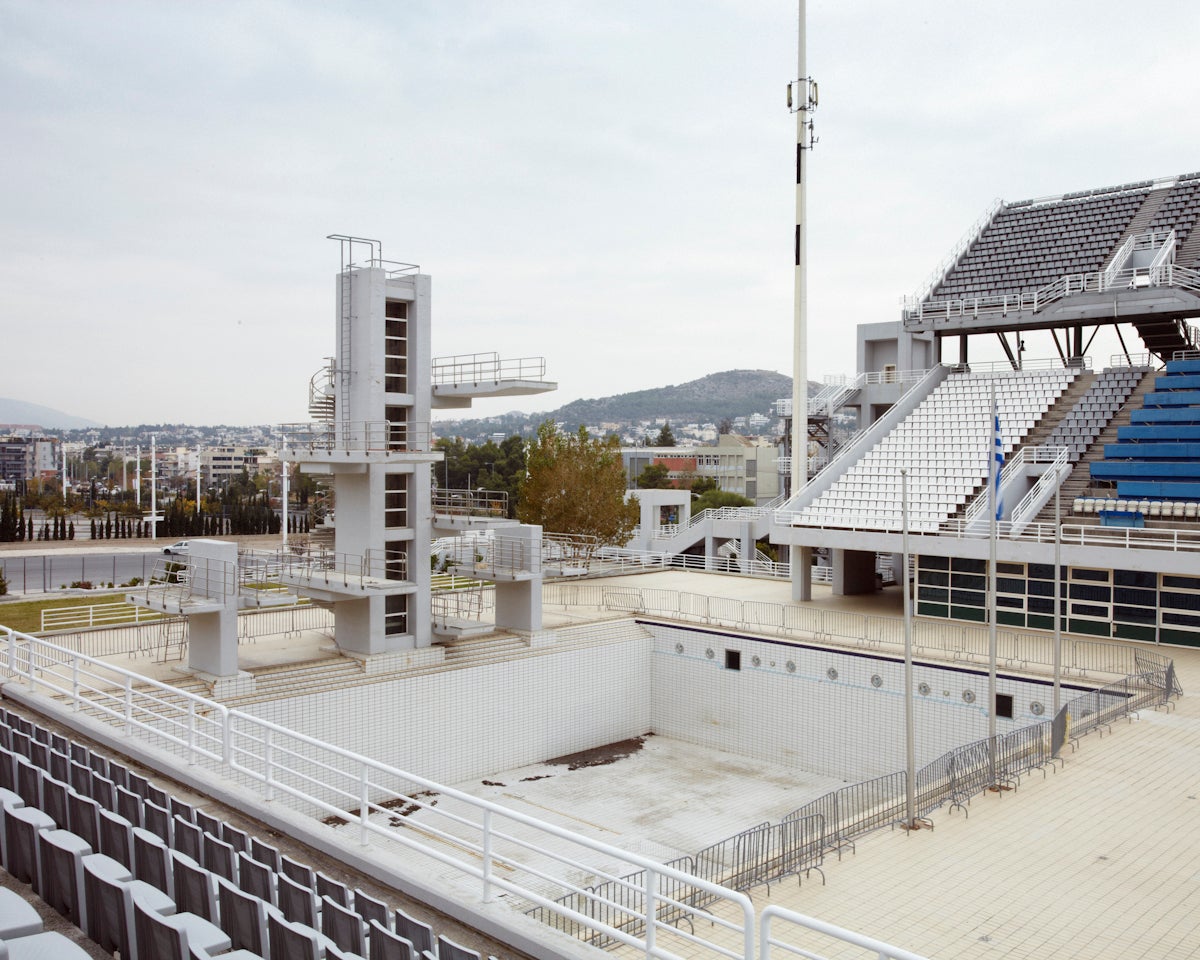 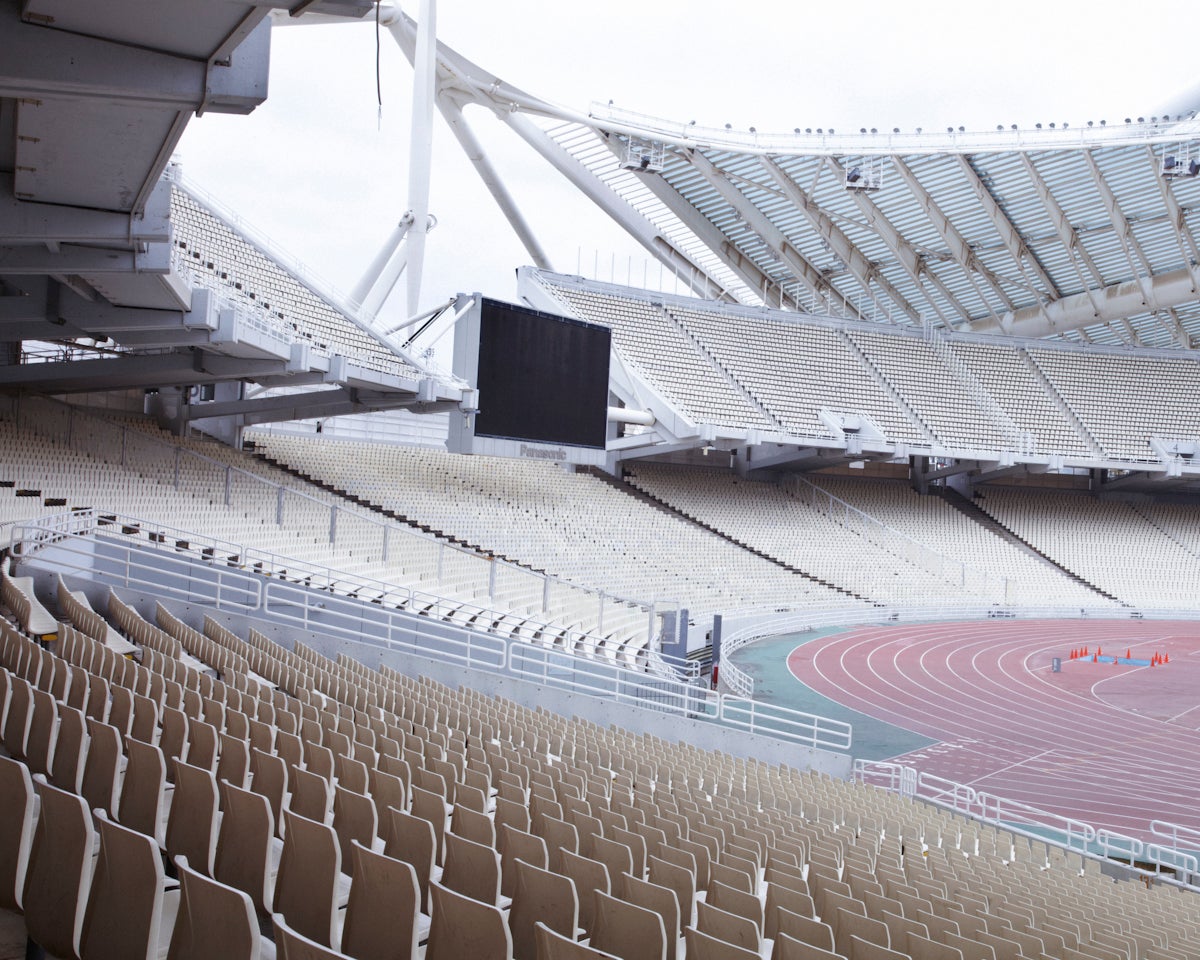 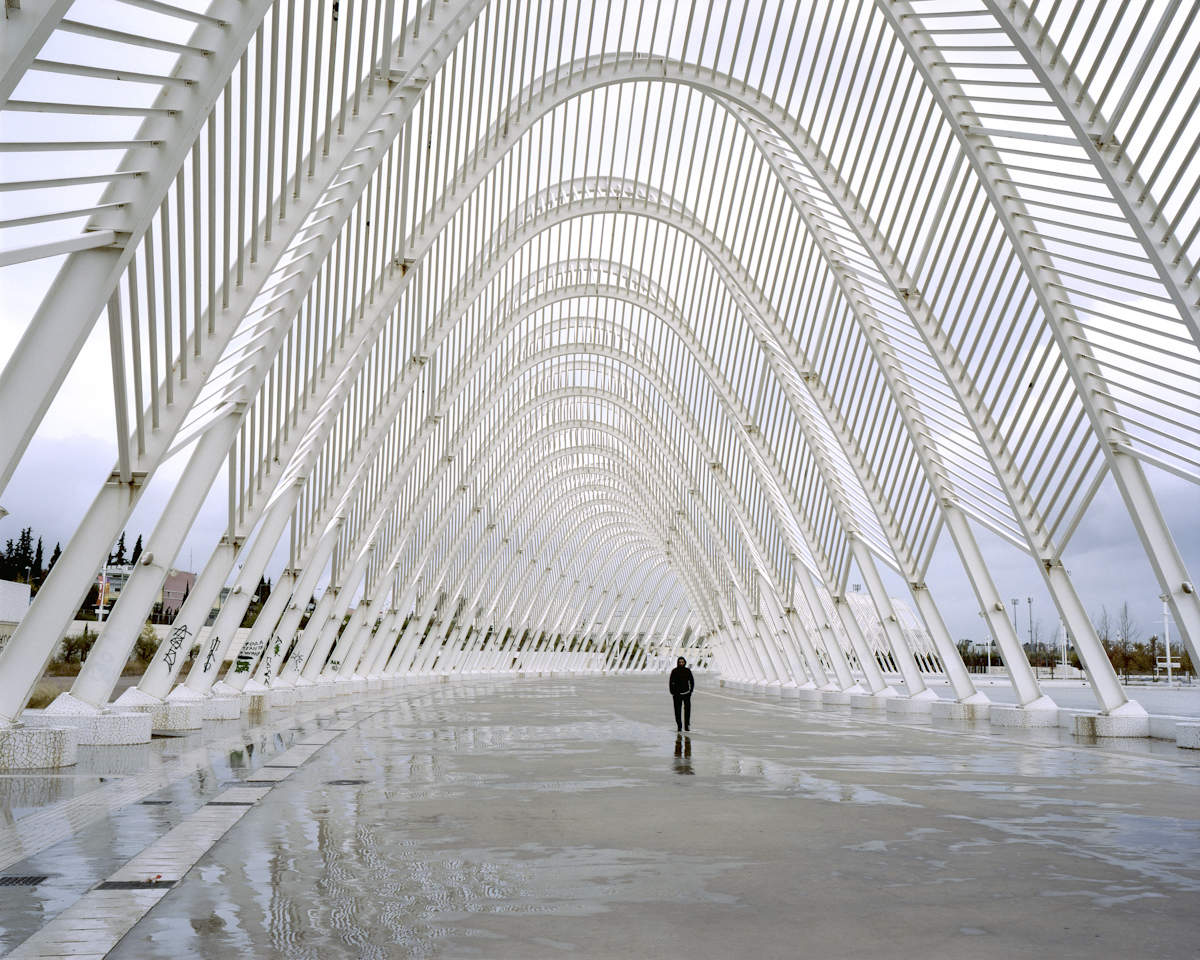 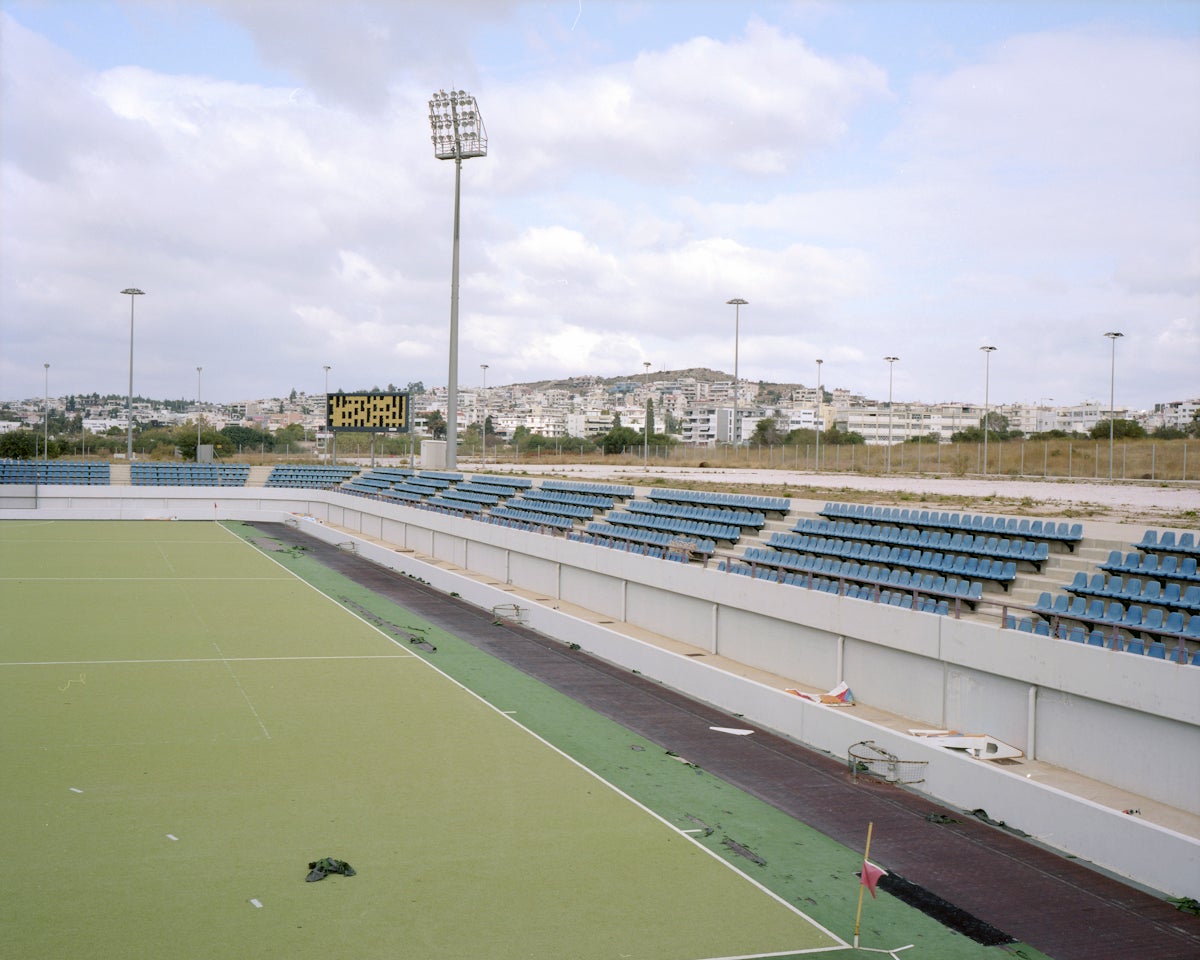 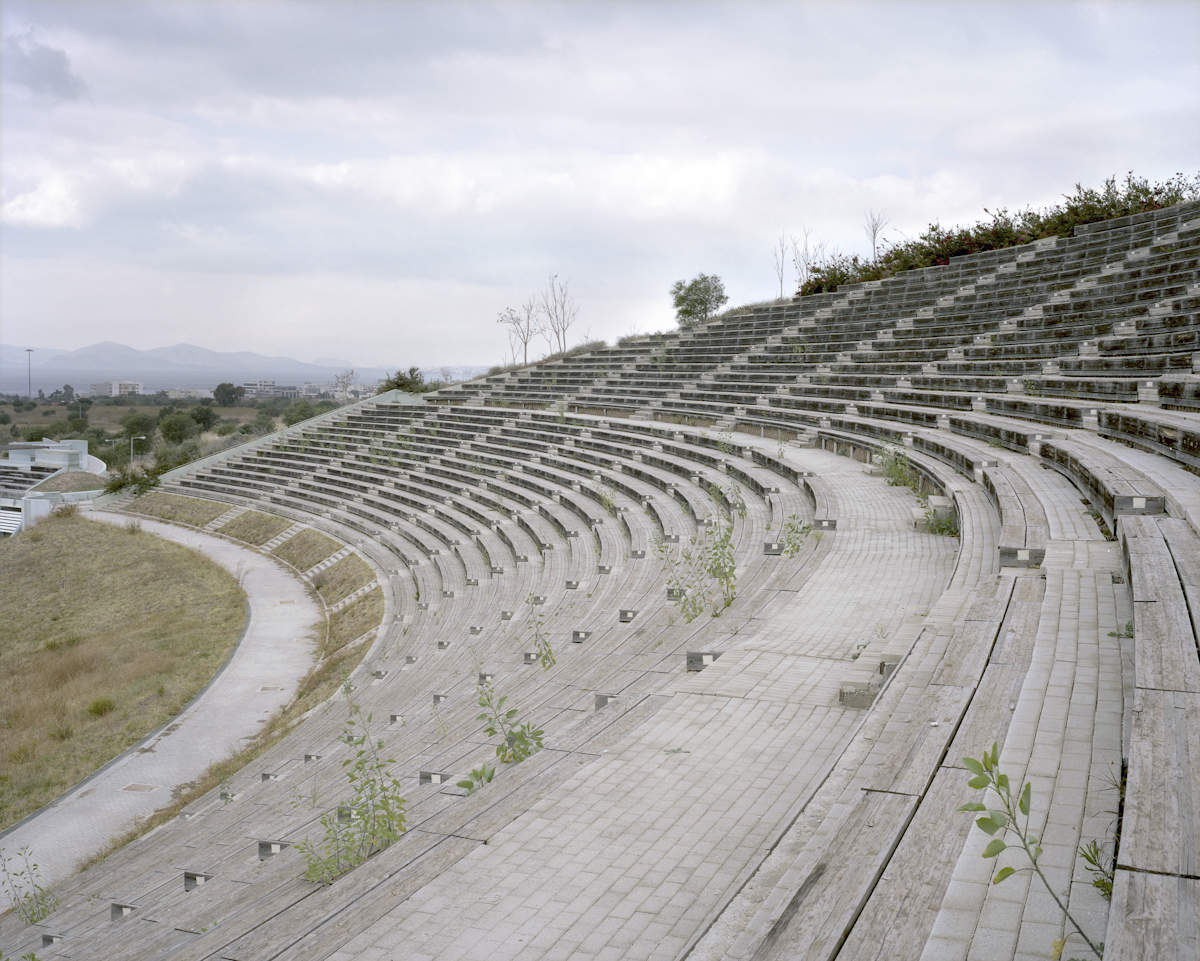 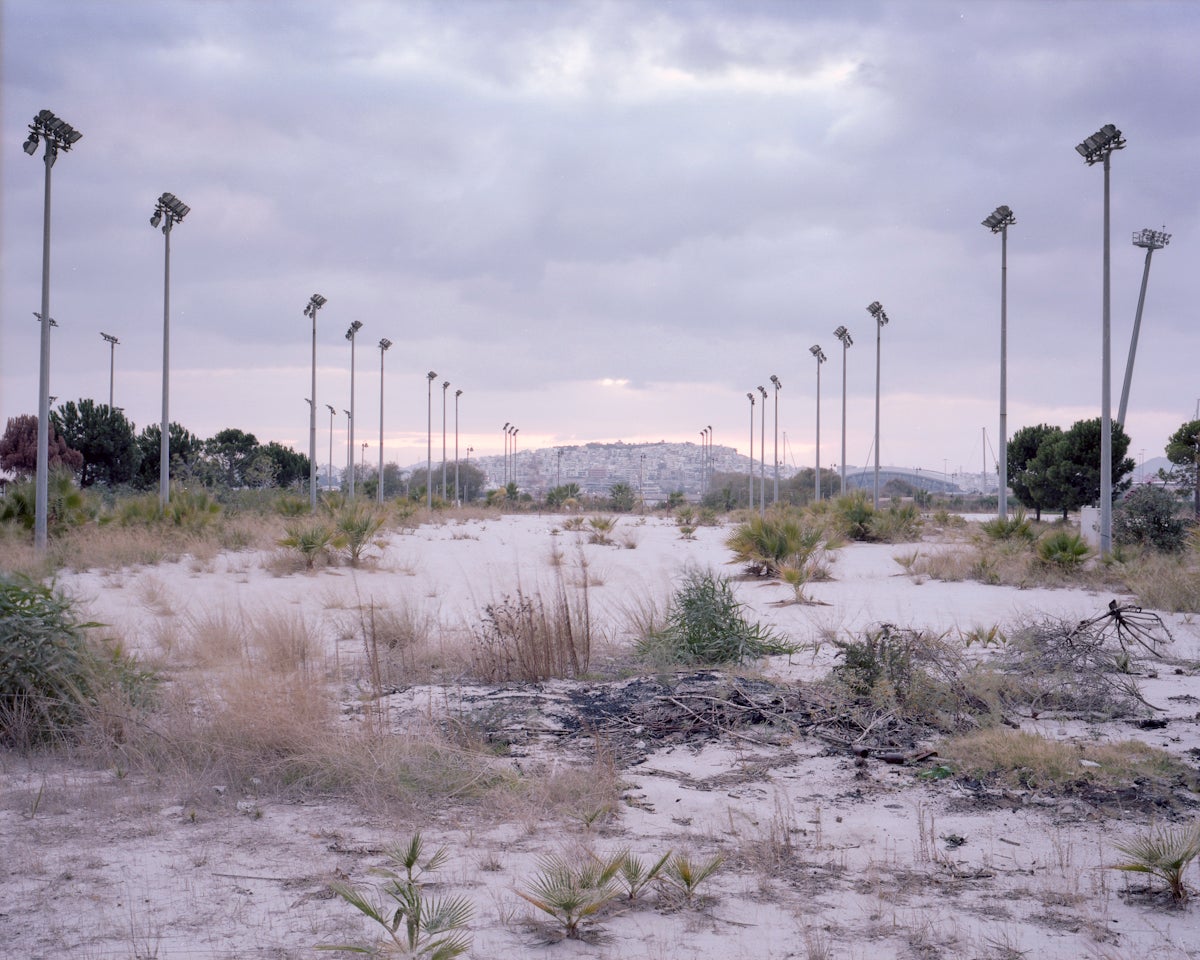