Writing Britain is expansive and immersive, but then what less would you expect from a show that promises to explore a thousand years of English literature, examining the role that “space” and “place” have played in our collective imagination?

Featuring over 150 works – some very famous, some very rare, some dredged from the long forgotten bottom shelves of authors’ offices – it’s an ample offering (though by no means complete: curator Jamie Andrews is keen to stress that this is but a tiny fraction of the 150 million objects in the British Library’s archive) that delights with both its heavy hitters (Tolkein, Dickens, and J.K Rowling all make appearances) and its unexpected treasures (a 10th-century sailor’s poem and a childhood newspaper written by Virginia Wolf, to name but two). Give yourself the time to read and to loiter – to hurry through would be to miss the point entirely.

Writing Britain begins in a white corridor. Once inside you’re treated to a concise introduction that highlights the show’s thematic layout – from the “idyllic rural” to “gritty cities” – and nods to the cyclical relationship of writer and reader, the way in which our own relationship with the British Isles is shaped by the form it takes in tales, novels, or poems – its literary footprint. Hung from the ceiling are willowy, translucent screens bearing imagery from the show: maps, landscapes, rivers and cities. The screens’ opacity lends a feeling of impermanence; they are tenuous and fragile, like a memory. Perhaps it’s intentional.

Carry on and you descend into the heart of the exhibition – a yawning, cavernous space. A promontory of floor to ceiling screens, this time bearing topographic maps, bisects the space. The books themselves are presented, “curiosity”-style, in glass cases that run along the edge of the gallery walls. It’s a literary display that has been curated with a librarian’s sensibility: orderly and quiet, with resting points dotted throughout.

The exhibition is subdivided into six thematic sections. The first, “Rural Dreams”, takes a look at “quintessentially” British literature that glorifies the pastoral landscape. Here sits pages from Poly-Olbion, an epic ballad of almost 15,000 lines deriving its name from “Albion” (the oldest word for Britain) and celebrating the “many Britons” whose legends are now familiar: King Arthur, Robin Hood, wandering bards and hooded druids. Works like Edward Thomas’s popular poem “Adlestrop”, first published in the New Statesman in 1917 and written when his train made an unexpected stop in a Cotswolds town, maintain the kind of wistful idealism one often associates with the English countryside. Yet the inclusion of such allegorical texts as Watership Down and The Hobbit hint at notions of change, and an urgent sentimentality.

“Dark Satanic Mills” charts a literary shift as the landscape of the north became increasingly industrialised. Some reviled it: Charlotte Bronte describes the Yorkshire of her 1849 novel Shirley as “smoke dark houses clustered around their soot vomiting mills”, while Dickens went even further, condemning the exhaust fumes over Coketown as “interminable serpents of smoke”. Others exalted it: The poet W H Auden famously boasted “tramlines and slagheaps, pieces of machinery, That was, and still is, my ideal scenery.”

One of the more poignant moments in the exhibition can be found here, in the form of John Lennon’s handwritten lyrics for “In My Life”. This memoir of a bus journey through Liverpool is hurriedly written and half scribbled over, but its mention of clock towers, tram sheds and railways lines that never made it into the final song point towards a more personal reading of Lennon’s universal musings on loss, change, and memory. Here perhaps lies the central truth that allows this show to cover great distances of time in the space of a few paces, grouping such a wide range of texts together in way that feels remarkably timeless. Our idea of “place” is defined by a collective yearning to make meaning of our surroundings. 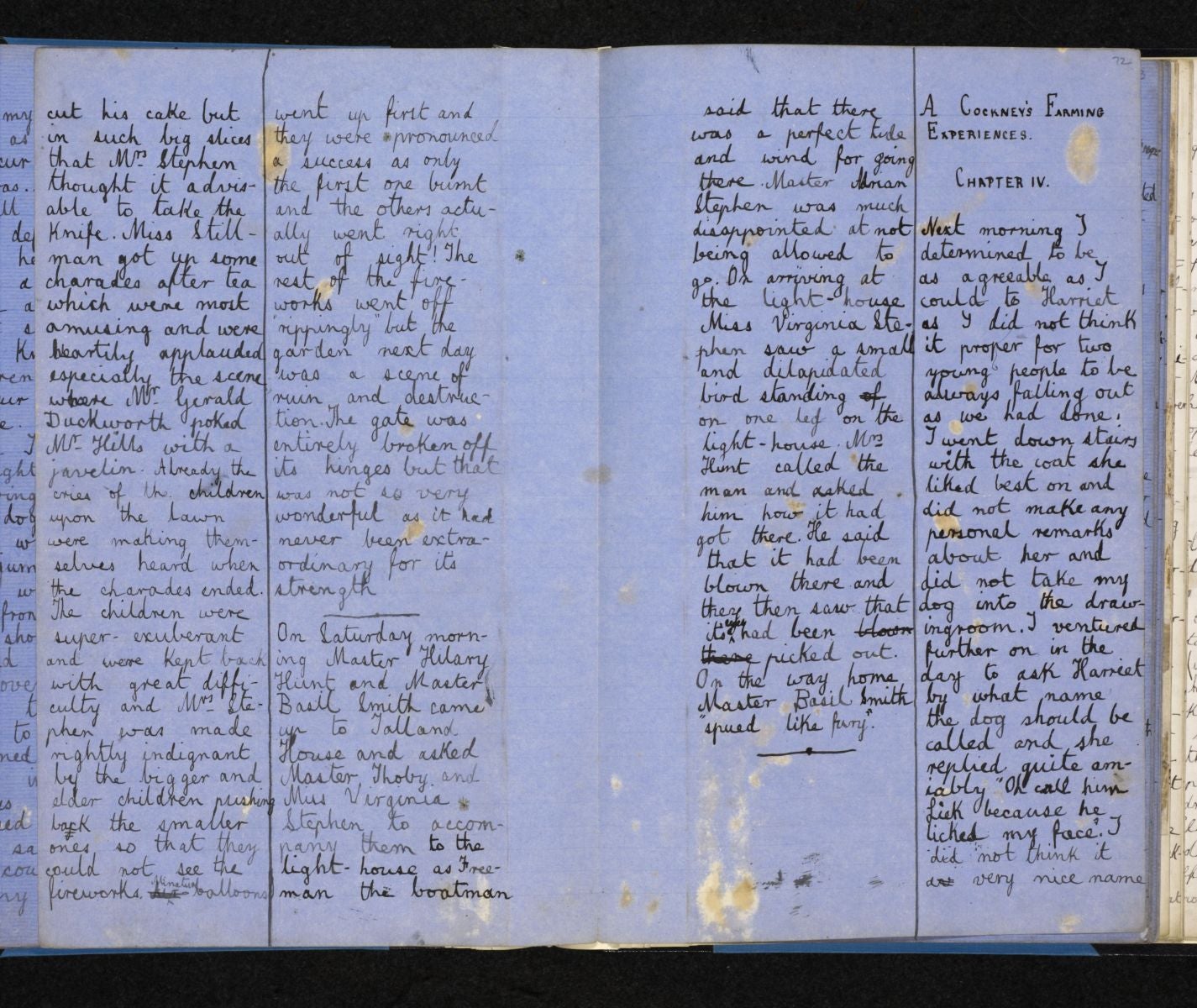 The exhibition continues on, through “Wild Spaces”, which features a heavy focus on windy moors as exemplified by Charlotte Bronte and Sir Arthur Conan Doyle, “Beyond the City”, an examination of suburbia and its latent eccentricities, “Cockney Visions”, our capital as character, and a rather seedy one at that, and “Waterlands”, a look at the literary heritage of our waterways and seasides. It’s a dense, rich spread whose highlights include a rather disparaging poem penned by William Wordsworth on the bother of tourists and their pamphlets (entitled On Seeing Some Tourist of the Lakes Pass by Reading: A Practise Very Common), a John Berger essay on the curious case of the ever-shortening distance to Islington, and a deliriously retro copy of JG Ballard’s Crash, whose opening paragraph, if you’ve never head the pleasure of reading it, is enough to send hard shivers down your spine. Plus there are original manuscripts of Wind in the Willows, Sweeny Todd, The Buddha of Suburbia, Jane Eyre, Middle March and much, much more.

Writing Britain is a resonant exhibition that makes efforts to broaden our concept of British “space” beyond conventional notions of landscape, expressing a diverse range of experiences in environs both natural and built.  Yet the pervading sentiment is one of a nation caught – almost joyfully – in the grips of nostalgia. It is a sense of the past that beats like a pulse throughout this show – a past real or imagined, authentic or romanticised, it doesn’t really matter.

Writing Britain: Wastelands to Wonderlands is at the British Library, London NWI until 25 May 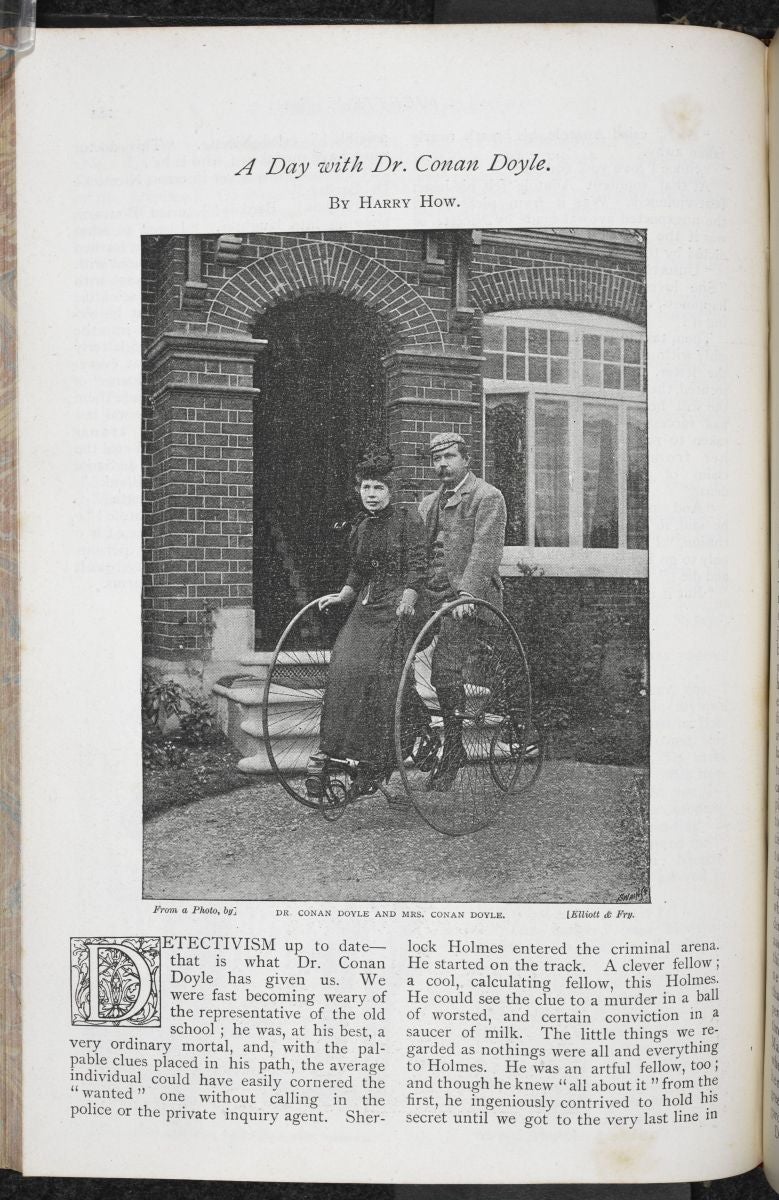 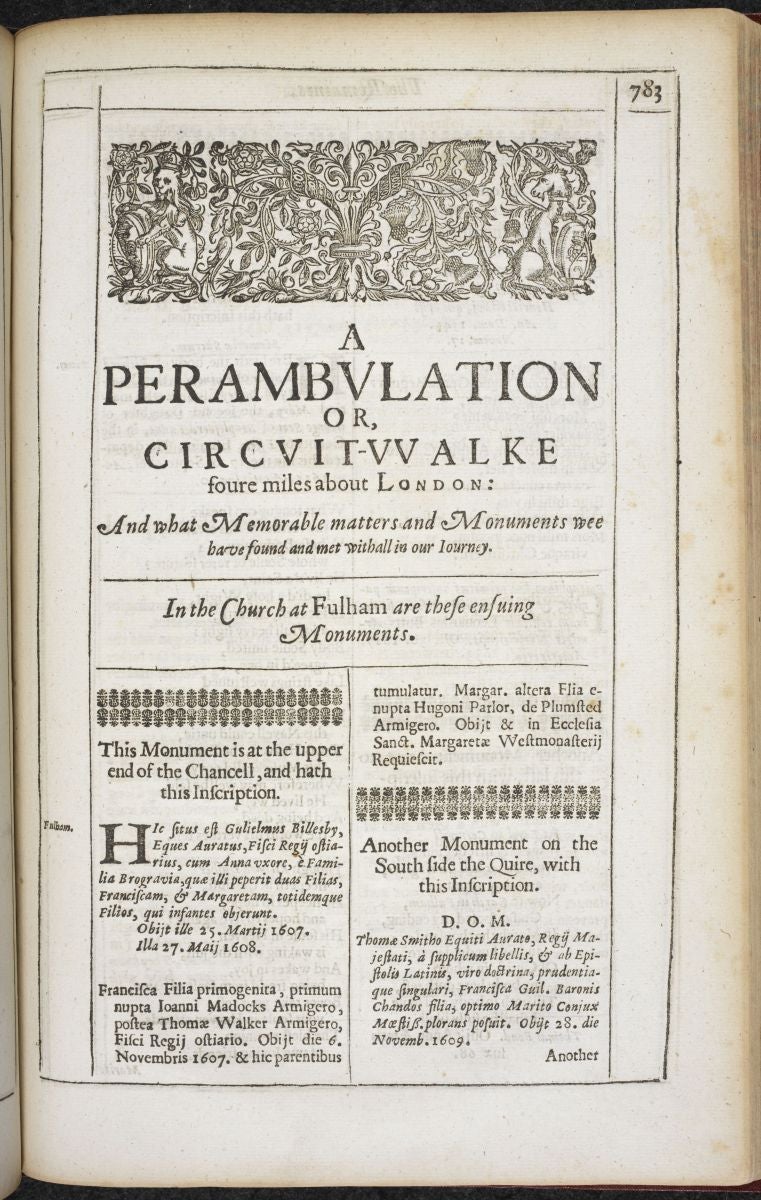 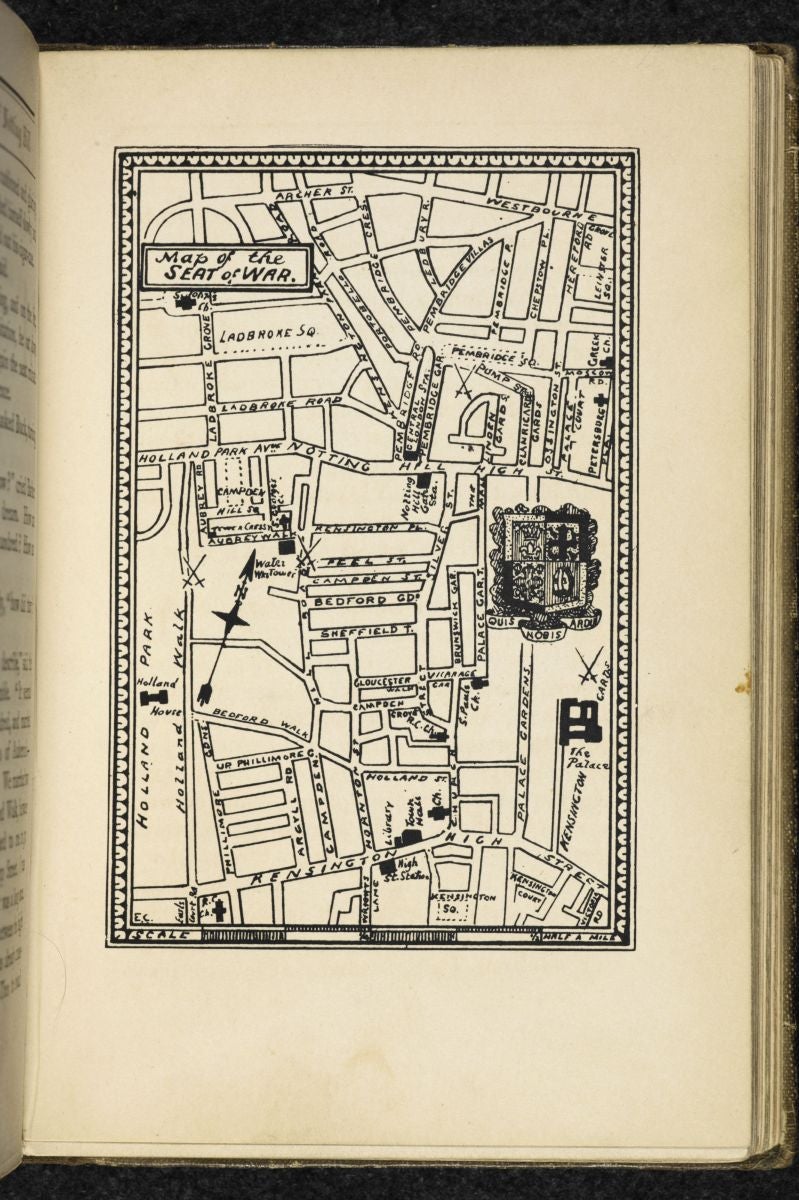 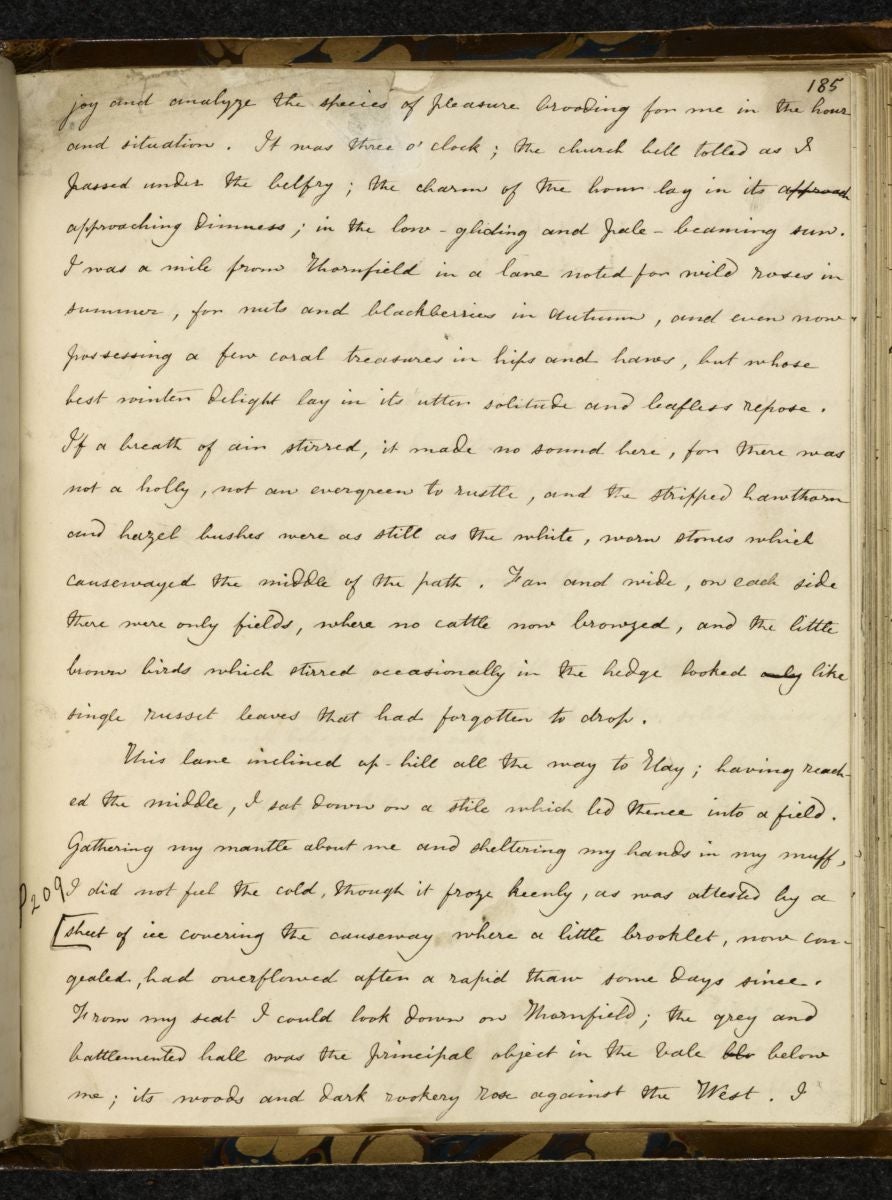