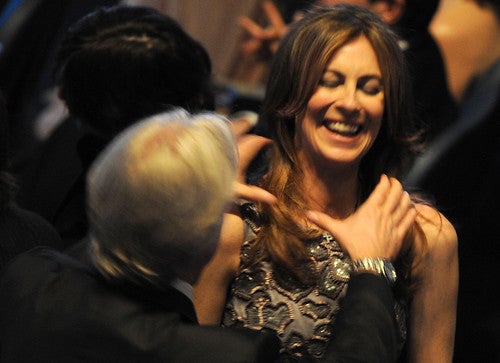 James Cameron, director of Avatar, pretends to strangle his ex-wife Kathryn Bigelow, director of The Hurt Locker. Both were up for the Best Director and Best Picture awards. She pipped him to the post in both categories. 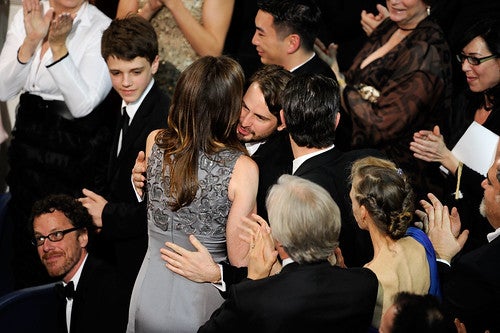 Here Bigelow is congratulated by the producer Greg Shapiro. She is the first woman ever to win in the Best Director category. The film won in five categories: Writing (Original Screenplay), Sound Mixing, Film Editing, Directing and Best Picture. John Pilger wasn’t too impressed, though. 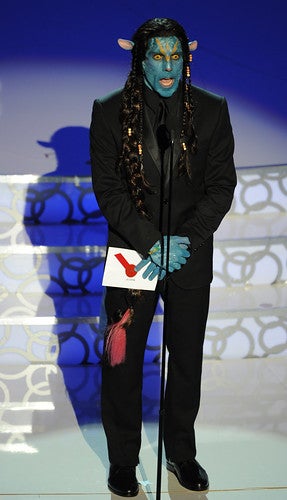 The comedian Ben Stiller gets all dressed up to present the Best Make-Up award. The gong actually went to Star Trek, but Avatar did win awards for: Art Direction, Cinematography and Visual Effects. Slavoj Žižek discusses the film in this week’s New Statesman. 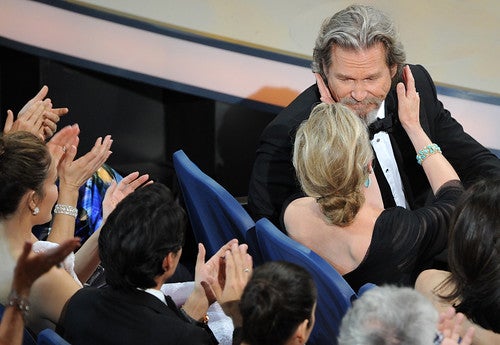 Jeff Bridges, who finally won the prize for Best Actor in a Leading Role on his fifth nomination, is congratulated by his wife, Susan. 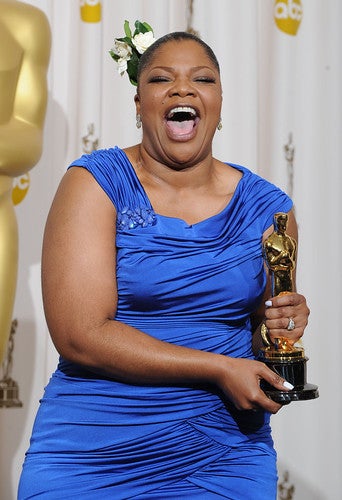 Mo’Nique celebrates her Oscar for a Best Performance by an Actress in a Supporting Role, for her part in Precious, reviewed by Ryan Gilbey here. 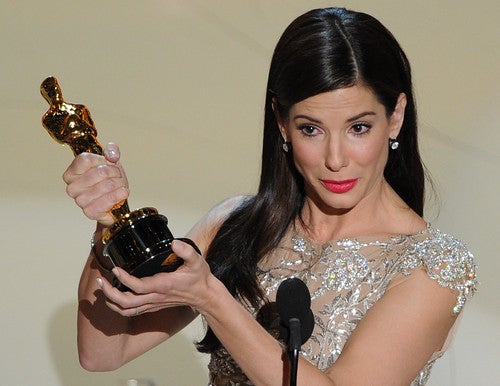 Sandra Bullock accepts her award for Best Actress for her role in The Blind Side. The same weekend, she had the dubious honour of receiving an award for Worst Actress, in the film All About Steve, at the Razzies, which celebrate bad films. Unlike most Razzie nominees, she attended the ceremony to pick up her prize in person. 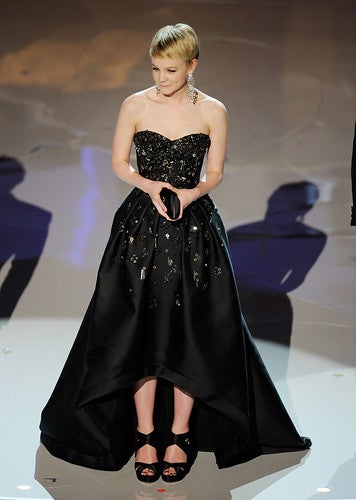 The British hopeful Carey Mulligan, nominated in the Best Actress category for her role in An Education, presented an award, but left with nothing. The other British nominees Colin Firth, Armando Iannucci, Helen Mirren and Nick Hornby also went home empty-handed.

All photos from AFP/Getty Images.