When Elon Musk told me in 2012 that he planned to build a city on Mars, I thought he was just excited by the prospect of living in the vast, lifeless deserts of a planet rendered uninhabitable by climate change. But now he appears to have changed his mind: Tesla will no longer accept payment in Bitcoin, he tweeted last night, due to “rapidly increasing use of fossil fuels”. Musk said that Tesla will not be selling its Bitcoin holdings, from which it made a substantial paper profit earlier this year.

But Bitcoin’s status as an environmental Doomsday device hasn’t sprung up overnight. As anyone who checks the Cambridge Bitcoin Electricity Consumption Index will tell you, Bitcoin’s hashrate indicates that it currently uses more than twice as much energy as Bangladesh (population: 163 million). I use Bangladesh as an example because its people are already being drowned and starved by climate change; Unicef says that the lives and futures of 19 million Bangladeshi children are threatened by climate change.

For years, it has been obvious that Bitcoin mining is coal mining. The CBECI also shows that most Bitcoin is mined in China, where, thanks to massive subsidies, coal is the cheapest and most prevalent form of energy. Much of the coal that is mined to power Bitcoin investments is mined in Xinjiang.

It’s also been obvious for a long time that Bitcoin is unusable as a currency, because each transaction uses a huge amount of energy – enough for more than 600,000 credit card transactions. It also generates more than 100g of electronic waste. That’s like throwing away an iPhone every time you buy something. 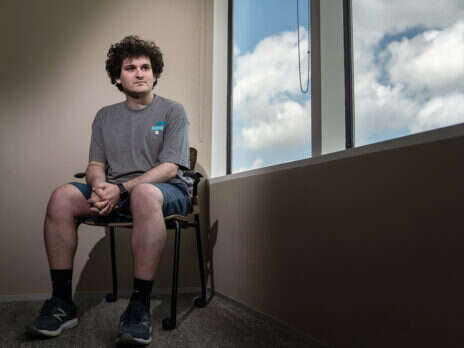 [see also: Is the Dogecoin bubble as irrational as it looks?]

All this has been obvious for years, but Silicon Valley (or rather, those parts of it that had invested in cryptocurrencies) has for some time maintained that this immense waste was just part of the price to be paid for a high-tech green future. Rather than use less energy now, the rationale went, the world needs an immense energy drain to power a revolution in renewables. But the world is not running short on energy consumption – quite the opposite – and if you try to create more of it using a digital commodity which can be made anywhere, that will obviously happen wherever energy can be found most cheaply. Which, as Musk has apparently just noticed, is in the coal mines of Xinjiang.

Electric cars are justified by a similar rationale: that it is worth mining the deep sea, building millions of new cars and increasing electricity consumption if it leads to a future free of exhaust fumes. The promise of a technology that could overhaul the $2.7trn global car market has driven a massive boom in investment in electric car companies. This boom has made Tesla the most valuable car company in the world by market cap, and Musk the world’s second richest person. Last year, Tesla made $12bn selling its stock, against a net income from selling cars of $721m.

Estimates vary considerably as to how much less carbon an electric car emits over its lifetime than a conventional one, and much of this depends on where it is driven; in the UK, the same car is a greener drive than in Germany or the US, where much of the mix is from coal. But the manufacture of any new car is still carbon-intensive. Tesla makes – in my view – exceptionally good cars, and it goes to a lot of effort to decarbonise its production.

But a car-based society is always going to be energy-intensive and polluted, because transporting people in large, private vehicles necessitates a huge infrastructure – not only of roads and parking, but in the way houses, shops, offices and amenities are built and spaced. More than half of the particulate air pollution around roads in the UK comes from tyres, brakes and the road surface; this would still be the case if every vehicle was electric.

Tesla may well be a great business and it could help to decarbonise the American way of life. But from an environmental point of view, the much more persuasive argument is for a world with many fewer cars.

[see also: Is Tesla a car company, or a casino?]