Orchestras in the UK are going to get a tax cut from April 2016. I’m sure when George Osborne first decided to include that particular pledge in today’s Budget, he was quite pleased with himself. It sounds like a sure-fire winner, doesn’t it? The classical music equivalent of knocking a penny off the price of a pint of beer. Who could possibly oppose it? Especially given that orchestras have been much affected already under this government by the cuts to funding for the arts.

But I’m afraid, George, that person is me. I am the one who is frustrated and annoyed by your apparently generous offer to find a bit of extra cash for an under-supported creative industry. Because, according to this policy, not all orchestras are equal. The tax break is likely to benefit a small number of institutions while leaving a whole lot of others – many of which are not based in London and don’t focus on traditional concert hall repertoire – still paying the full whack.

Despite the cuts (public funding for Britain’s orchestras has fallen by 14 per cent since 2009/10), the most recent stats from the Association of British Orchestras show that there is still a healthy appetite for orchestral music in the UK. Over 4.5 million people went to a performance in 2012/13 (up 16 per cent on 2009/10). Donations and sponsorship are up (by 30 per cent), and ensembles have doubled the number of performances streamed over the internet. Given this buoyancy in the sector at a difficult time, it stands to reason that a little bit of help from the Treasury could go a long way.

The mention in today’s Budget isn’t even the first we’ve heard of this tax break. It’s actually a reannouncement from last year’s Autumn Statement, in which the Chancellor declared that he would be extending to orchestras the kind of tax relief that theatre companies have been enjoying for a while now. Touring theatre productions get 25 per cent tax relief on their production costs, others 20 per cent. (This is an adaptation of a 2012 arrangement made for high-end drama, the so-called “Downton Abbey tax break”.)

Following the Autumn Statement, a consultation was launched by the Treasury. In his introduction to it, George Osborne even stated that the purpose of this new tax relief for orchestras was to encourage them to perform “across the whole of the UK”. Like a lot of things in the UK, classical music has a tendency to be very London-centric, and anything that encourages world-class ensembles to get out of the capital is welcome.

Except that the way this policy is planned will mostly likely do the opposite.

It all has to do with the way “orchestra” is defined. According to the consultation document:

To qualify, the majority of performances for which relief is being claimed must be played by a musical ensemble consisting of 14 or more performers and must include players drawn from each of the following four sections: string instruments, woodwind instruments, brass instruments and percussion instruments.

What this seems to be describing, quite explicitly, is the traditional make up of a western symphony orchestra: 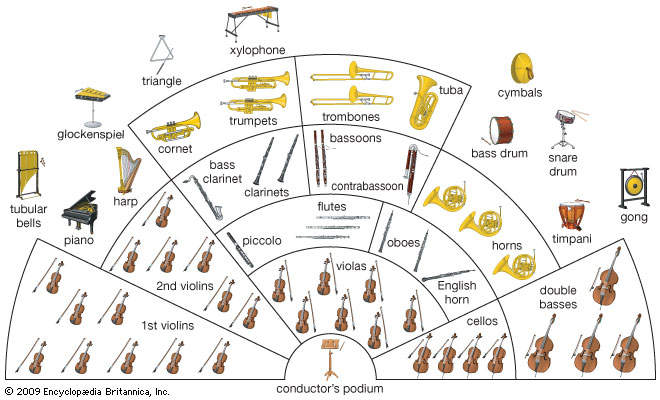 You know, one that performs in big venues like the Royal Albert Hall and the Royal Festival Hall and looks like this: 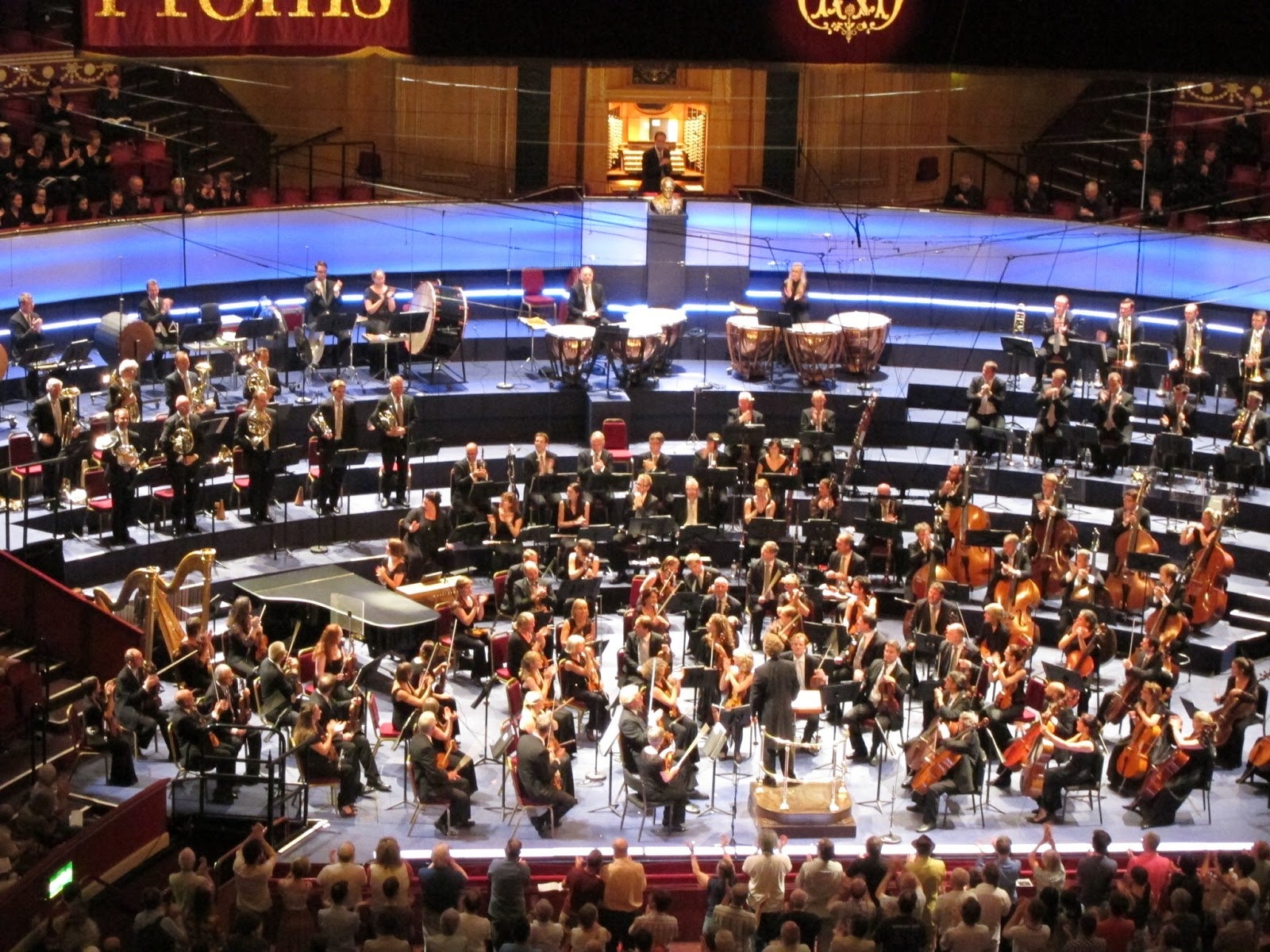 Of course, the UK has many excellent ensembles that fit this description and they will no doubt appreciate the Chancellor’s gesture. Not all of them are based in London, by any means: the Hallé Orchestra in Manchester, the Scottish Symphony Orchestra and the National Orchestra of Wales all spring to mind as examples of ensembles that would benefit from the tax relief.

But by using such a specific definition – and particularly by demanding that the group include percussion to be eligible – the policy rules out a whole range of instrumental ensembles that would surely be considered to be an “orchestra” by the casual concert-goer. It really is as arbitrary a definition as Jaffa cakes being cake, not biscuits, for VAT-related reasons. Percussion-less groups like the London Mozart Players, or period-specific ensembles like Orchestra of the Age of Enlightenment, or chamber groups like the Britten Sinfonia would all miss out.

And that’s not all. As the Institute of Chartered Accountants in England and Wales (ICAEW) pointed out in its response to the consultation, there is a strong whiff of “cultural snobbery” about the way this tax relief is being planned. Brass bands – a big deal in the north of England – wouldn’t count, nor would Scottish bagpipe groups. It also explicitly excludes pop and rock ensembles (see 3.3).

The message this sends is clear: tax breaks are available, but only if you play the right kind of music on the right instruments. The sort generally associated with a middle-class, southern elite.

The ICAEW sums this up well:

We are concerned that targeting it at a particular combination of performers, playing a particular type of music in a particular environment, is unfair and may even be discriminatory.

The definitions will be almost impossible to legislate and will be unworkable and the need to try to satisfy the definitions may stifle the very creativity the relief seeks to support as orchestras adjust to make sure they meet the criteria for relief.

These objections have been bouncing around for months now – since this tax relief was originally announced, in fact. It’s almost like the Chancellor isn’t listening.

PoliticsHome report that the government are going to amend the orchestra tax relief proposal to include brass and pipe bands.