As I write, the country is gripped, held fast and immobilised by the first national rail strike since blah blah blah. Those blahs do not indicate displeasure at the actions of the RMT but rather the somewhat hysterical and partisan coverage of the industrial action. Well, never mind that, this little corner of the magazine is not designed to be political, although I must admit it tips into Johnson-hatred from time to time. But you can’t blame me for that.

Instead, let me tell you about a time before the strikes, when people could travel the length and breadth of the country without having to face baying mobs of picketers and the trains all ran on time. My friend B— and I found ourselves on the train to London for an event. B— was wearing a suit and I was wearing the second-closest thing I have to one. We were off to Brixton in south London. And, that, not the trains, is the true focus of this piece.

I hadn’t been to Brixton for years – decades, in fact. In the summer of 1984, desperate to live anywhere, absolutely anywhere, apart from my parents’ place in East Finchley, I moved into a squat in the Barrier Block on Coldharbour Lane. This was quite the culture shock for the middle-class white boy fresh out of Cambridge. Which, in a way, was precisely what I wanted. I had been going on Anti-Nazi League marches and had slapped Rock Against Racism stickers on my incredibly cheap electric guitar since the late 1970s and felt it was time to walk the walk. Also, I had recently acquired a taste for hash, and if there was any in East Finchley it certainly wasn’t coming my way. As you can see, there might have been a bit of cultural appropriation going on; the kind where you’re a bit embarrassed about belonging to the oppressor class (and race). Well-meaning but somewhat naive.

[See also: For the first time in my professional life, I am defeated by a book] 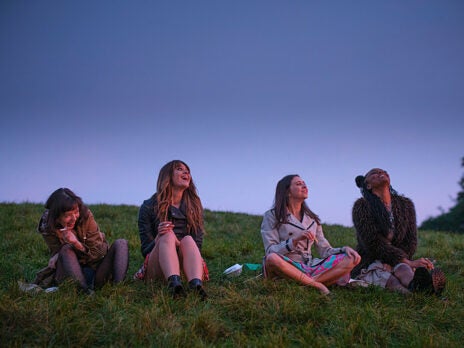 I don’t remember much about my month or so there. The hash I was sold might have been adulterated but there was plenty of it, and also it was around this time that Red Stripe brought out a compelling variant of its lager, a Special Brew rip-off called Crucial Brew, which came in a black tin and was about twice as strong as the main brand.

Hitherto, my experience of black culture had been confined to watching the West Indies marmalise the English (and every other cricket team on the planet). Apart from my father saying, “It’s not fair. They’re too good,” and of course the sheer proxy terror their fast bowlers inflicted on the public, my experience was wholly benign. My first cricket match unaccompanied by an adult was the 1973 Oval Test: I and my friend Dom stood just behind the boundary ropes, where the almost entirely black crowd patted our heads and stood aside to let us see the match. We were ten. Ten! Imagine that now.

Back to the present day. B— and I got on the Victoria Line and headed south. This was the first surprise. Back in the 1980s, if you were travelling south on that line, every single white person got off the train at Victoria. Well, not all of them, because I and a few others like me were on it, but otherwise it was like a switch had been thrown.

[See also: I enjoy parties, but I don’t need them like Boris Johnson needs them]

Brixton High Street, when we got out, was still pretty mixed ethnically, but our journey took us down Effra Road, in my past a place where the white boy from N2 became acutely conscious of the way he stood out. B— and I were a little early for our event, and we decided that we really needed to go to the pub beforehand. But we couldn’t see any. I stopped a young woman and asked her where the nearest one was and she confidently directed us to a place where no pub existed. On Effra Parade B— stopped another woman to ask the same question. Now B—has considerably better street smarts than I do, but even I could tell he was wasting his time asking a middle-aged woman who looked like she worked as a highly paid therapist, or maybe a publisher, where the nearest boozer was.

“I’m afraid I don’t really go to the pub that often,” she said, pronouncing the “t” in “often”, but she said there might be one about a mile away down Railton Road. Railton Road! That was the front line in our day, the place with the highest number of street dealers. It is now a desert of affluence: not even a memory of those earlier days seeped through the brickwork or the paving stones. In the end we bought a couple of tins of Red Stripe from an offie and sat on a wall. At one point, a black guy about our age walked past us, we two losers in our best clothes looking bewildered, as if we had been plucked from time like ghosts.

“Evening, gents,” he said as he went by; which made us feel a bit better, but at the same time only highlighted the difference between then and now. It was a beautiful sunny evening, and the houses were lovely, but the place was dead. Maybe we were just unlucky; but I doubt it.

[See also: My footwear choices are a protest against encroaching old age]

Topics in this article: Jamaica, London