The carob tree is an evergreen plant whose pods can be crushed into a powder to produce a substance that looks a bit like chocolate and feels a bit like chocolate, but, crucially, tastes absolutely nothing like chocolate. During my childhood, carob was, however, the preferred chocolate alternative in left-wing households like the one in which I grew up. It’s not entirely clear to me what made carob any more virtuous than chocolate and, as I grow older, I become increasingly convinced that the development, marketing and existence of carob bars was nothing short of a plot by the security services to make children question the judgement of their progressive parents.

Usually when I complain about carob, my mother likes to make it clear that she never bought or cooked with it, and that our flat was a carob-free home. I counter that this is a distinction without a difference: she created the conditions in which carob bars were brought into my life. As a result, any culinary recommendations she makes have to be treated with a heavy degree of scepticism until independently verified.

I’ve been thinking about carob a lot in lockdown because, confined to my home city and to my own household for most of the year, my most frequent leisure activity has been to take walks around the small stretch of London where I grew up and have spent most of my life. Inevitably, to walk through these streets is to think of my childhood experiences – the block of flats in which I first tried carob is perhaps 25 minutes away from the flat I live in now.

I even occasionally wonder if perhaps carob isn’t as bad as I remembered. I used to find my mum’s preoccupations with sustainability and seasonality immensely tedious, and would complain about the seemingly endless diet of chard that the allotment produced. Now I have a vegetable box precisely because I, too, have come to worry about sustainability and biodiversity. At one point during lockdown, I even punched the air with delight upon realising that there was chard in the box.

US rail workers get closer to a deal, and what they deserve

“Special, but not exclusive”: will US/UK relations be damaged by Liz Truss?

“This is the big battle”: Jan Schakowsky on abortion in America

I’ve also, inevitably, been thinking about my family, living and dead. I think of my mother, who I haven’t been able to see this year. But I’ve found myself thinking of my grandad in particular.

Because I grew up without a father, my grandad was my main male role model, and now he is no longer around, I think of him often, especially during the change of the seasons. I think of him when winter turns to spring because that’s when he died, and I think of him as November turns to December because it’s the time of year when he would often return to London from Zambia to exchange gifts, and because of World Aids Day on 1 December.

My grandad, a doctor, left London in 1972 and fell in love with Zambia, where he spent the rest of his life working in medicine, particularly on the treatment of Aids and HIV. During my early childhood he was chair of Zambia’s medical council when it devised its code of ethics about the treatment of people with HIV and Aids. In my teens he received an OBE for his work, and in my early twenties, when he was dying and I went to visit him in Zambia, he showed me the hospitals and the hospice where he worked.

Although I have come to know and love many people with HIV/Aids, the first person my thoughts turn to when I think of the disease is my grandad. Over the course of his career, the nature of the battle against HIV/Aids changed, with the medical focus turning both to the sort of end-of-life care my grandad provided at the hospice, and to the prevention of mother-to-child transmission during labour.

Although my grandad was not particularly observant for most of his life, Jewishness became more important to him in his final years, and on my last visit to Zambia he was very keen to show me the synagogue he had helped found. The Torah compels us to “heal the world” and my grandad, too, had a compulsion to help people. Although I wish I had more time to know him while I was an adult, I am glad that he was able to continue working almost until the end of his life.

Whether I’m thinking of my mum or my grandad, I ask the same question: am I doing enough, or indeed anything, to heal the world? My mum’s commitment to sustainability and my grandad’s devotion to his work come from the same impulse: a sense of ourselves as citizens of the world, with obligations as well as rights.

One of the strange things about this year, in which so many plans have been put on hold, is the extent to which we in the UK have largely forgotten HIV/Aids. Donald Trump’s bungling of the coronavirus pandemic has been treated like a rare aberration. The indifference and incompetence of his administration is a near-perfect echo of the handling of HIV/Aids under Ronald Reagan. Many of the images and totems of HIV/Aids have been neglected or appropriated. On 1 December, BBC North West encouraged people to illustrate the losses of coronavirus with a red ribbon, the symbol of World Aids Day.

Why does that matter? It matters because to forget the world’s last health crisis is to forget the mistakes we made in tackling it, and so to forget its lessons. That Rishi Sunak’s reputation as a moderate is able to survive taking the axe to the foreign aid budget, which sustains the work of Aids hospices and hospitals in the world’s poorest places, is surely a sign of that.

Throughout this year, we’ve talked about how the world will be forever changed by coronavirus. I don’t think that is necessarily true. The world has a tendency to forget its great plagues rather than to learn from them. If there are lessons from this strange, frozen year that we want to remember then that remembrance has to be compelled rather than assumed. The world won’t heal itself. 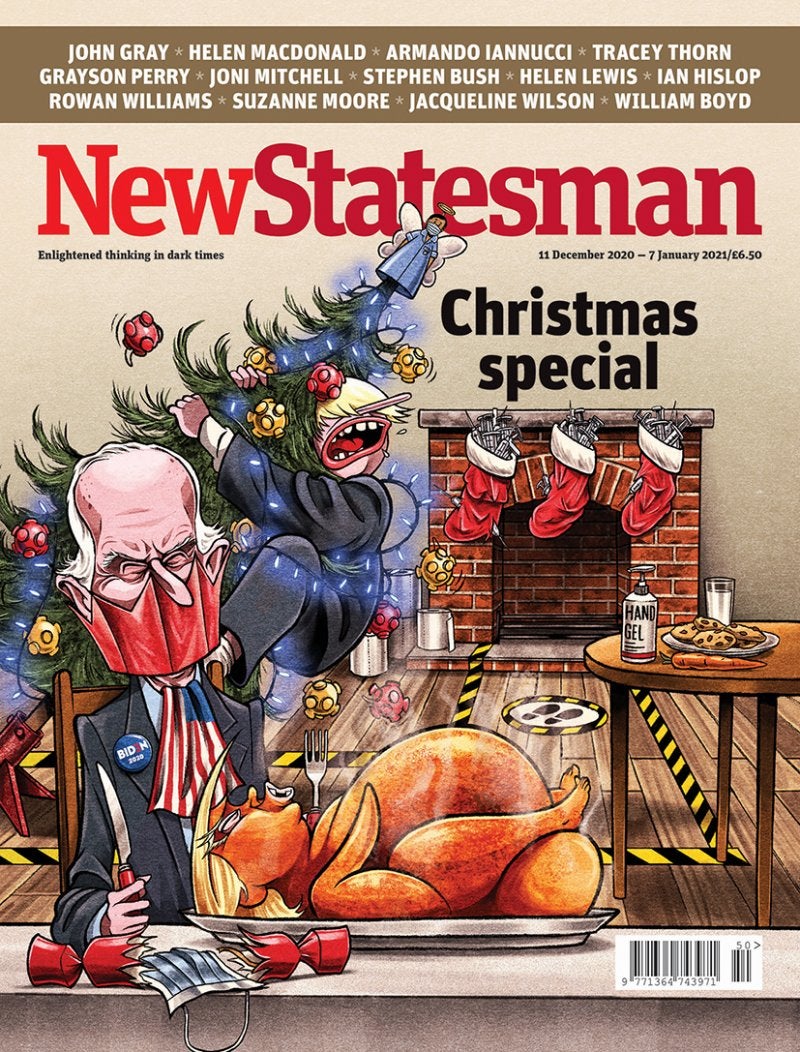