On November 8th, China’s once-in-a-decade leadership transition will begin. The 18th National Congress – known simply in China as “Shi Ba Da” – marks the final stretch in what has been a tumultuous year for the party, with Xi Jinping expected to replace Hu Jintao as the party’s paramount leader.

Curiously, arrangements for the landmark fixture were delayed by a month this year amid profound internal fissures in the Chinese Politburo. Despite party members attempting to hide behind a thin veil of party unity, factional wrangling has left the Chinese leadership in disarray ahead of the most crucial event in the country’s political calendar.

The current split within the party mirrors increasingly volatile tensions in the country: the most extreme wealth gap in Asia, rampant institutional corruption, extensive state censorship and appalling state contempt for the human rights of its citizens.

And on the backdrop of a slowing economy, a growing middle class, and bitter territorial disputes with Japan and its Southeast Asian neighbours, the Chinese Politburo is beginning to feel the heat.

The main rift over the state’s future trajectory has emerged between the party’s “Red Princelings” – sons of former Communist heroes who flourished under nepotism – and the party technocrats. The current leadership, Hu Jintao is a firm technocrat, whilst his would-be successor, Xi Jinping, is a “princeling”.

Despite trying to appease the technocrats by pledging to reform the economy, Xi Jingping has come under fire from numerous technocrat elders who have pounced on his talk of political reform as a sign of weakness. Furthermore, Xi has also spoke of confronting party corruption, which has upset a raft of senior party members who routinely line their pockets through state-owned businesses and bribes.

During a fierce meeting at a Chinese beach resort in August, arguments over the suitability of Xi between party elders almost came into blows, with former President Jian Zemin having to step in to break up the confrontation. 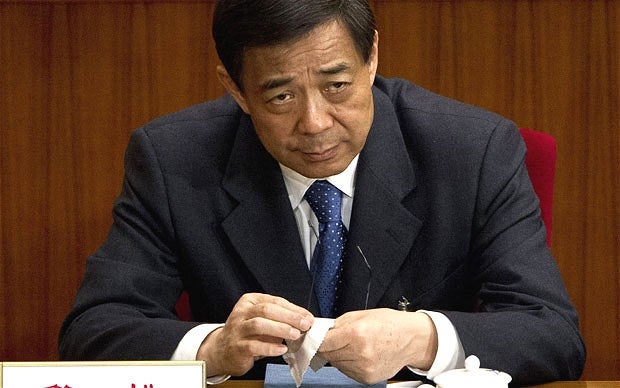 Perhaps the best indicator of the widening gulf between “Red Princelings” and party technocrats was the disagreement over how to deal with the Bo Xilai scandal. Widely considered to be on the top rung of the Politburo before his ignominious expulsion from the party, Bo Xilai was the flag-bearer of the “Red Princelings” and a close friend of Xi Jinping.

His rapid fall from grace was not an isolated incident, it was a feat of political engineering from the party’s technocrats to deal a profound blow to the increasing clout of the “princelings” and their Maoist supporters.

However, the technocrats’ alienation of the party’s “new left” could have a more profound impact than delaying the 18th National Congress; it runs the danger of angering the powerful Chinese military, who Bo enjoyed considerable popularity with.