Russia vs the west: the consequences of Putin’s invasion of Ukraine

Russia’s invasion of Ukraine has destroyed the peace in Europe for a generation.

What the west can learn from Japan’s “lost decades” 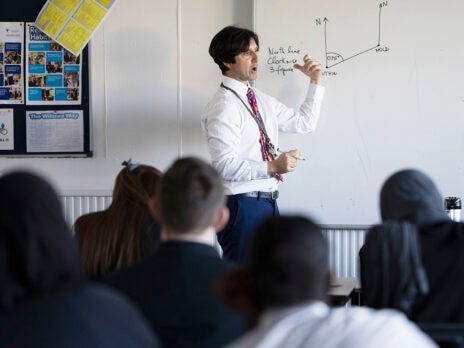 Roland Kelts wonders whether Japan-style stagnation would really be so bad in the west.

Owen Jones talks to Calais migrants: “They forget we are human”

The camps in Calais are a small part of one of the great stories of our time – mass migration. What do people in the Jungle think awaits them in Britain?

The ancient network across central Asia shaped trade and culture for centuries. Now, as its economy slows, China is building a new bridge from east to west.

The boys who could see England

Last winter, two bodies in identical wetsuits were found in Norway and the Netherlands. Police in three countries failed to identify them – and then the trail led to Calais.

The rise of the Anglosphere: how the right dreamed up a new conservative world order

By Michael Kenny and Nick Pearce

The Anglosphere has its roots in the Commonwealth tradition. But today’s global world has forged a powerful unofficial alliance.

Why we need a British Europe, not a European Britain

The critical thing for eurozoners to understand is that the United Kingdom is an exceptional power, not prepared to sacrifice its sovereignty.

The Celtic identity was made, not born.

Where are all the people going?

In a new wave of repression under the Sisi regime, Egyptians are being forcibly disappeared.

France’s Arab population is divided by an invisible wall

In the aftermath of the Charlie Hebdo shooting, we must address France’s long war with its Arabs. Andrew Hussey reports from Paris.

Dark forces in the Holy Land

A new wave of violence in Israel and the West Bank shows that without a return to peace talks an all-consuming war is inevitable.

By the time he stands down, David Cameron’s Britain will be neo-Georgian – a country that is, in effect, governed by a coterie of wealthy families competing for power.

Even as we move ever further away from the Troubles, military salutes at funerals are revealing sectarian alliances.

Germany’s triumph: from the ruins of war, how a new European empire was built

European integration was designed to contain Berlin’s power – instead, it has increased it.

The true cost of cheap labour in the Bangladeshi textiles industry

Jeremy Seabrook’s The Song of the Shirt goes beyond hand-wringing to create a nuanced portrait of cheap manufacturing.

The Pan-African Congress in black and white

Photographs of the 1945 Pan-African Congress in Manchester tell a complex tale of postwar black independence movements.

On the Charlie Hebdo massacre: Are the worst really full of passionate intensity?

How fragile the belief of an Islamist must be if he feels threatened by a stupid caricature in a weekly satirical newspaper, says the Slovenian philosopher.

The Armenian genocide: the journey from victim to survivor

The global activity around the Armenian genocide centenary is unprecedented – reality TV stars, western lawyers, Turkish intellectuals, metalheads and the Pope have all spoken out. But has this brought international recognition any closer?

We mustn’t forget the lessons of the Second World War in the face of today’s refugee crisis, says Molly Scott Cato.

Amid declining numbers of storytellers, veteran performer Ahmed Ezzarghani’s ambition is to rescue Morocco’s thousand-year-old tradition of storytelling from the era of technology.

What it’s like to be a Somali refugee in Kenya

Hundreds of thousands of Somali refugees have fled Al-Shabab across the border. But in Kenya, they face racial profiling, police searches and the constant threat of repatriation.

Robert ­Bringhurst and the rediscovery of the Haida mythtellers.

Matteo Renzi, the scrapper in the swamp