The Bridge is a Scandinavian series which sees an easy going Danish cop team up with a socially awkward Swedish one to solve cross-border crimes. The first season involves a body found on the bridge between the two countries; the second starts on a boat. That’s pretty much it for ways of getting from Copenhagen to Malmo, so you might think they’d run out of ideas for season three.

But fear not, for a pair of Swedish engineering firms have come up with a radical plan to create six (count ’em) new links between the two cities – including the world’s first metro system to actually cross a sea.

Copenhagen and Malmo have had one fixed crossing ever since the 12km Øresund Bridge – yes, that one – was completed in 2000, linking the two by both road and rail. (It’s actually half bridge and half tunnel, but anyway.) Since then, their economies have become increasingly interlinked, and a growing number of people have begun to commute across the border: mostly Swedes travelling to Copenhagen, which is roughly four times the size of its neighbouring city.

As a result, though, it’s become increasingly clear that the Øresund Bridge isn’t bridge enough. By 2070, what’s more, the region, which currently contains around 3.8 million people, is expected to grow by another 1 million. 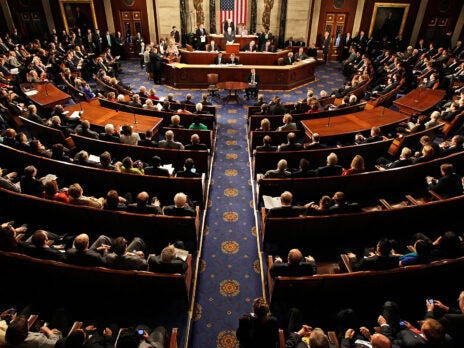 So, to accommodate these extra commuters, construction giant Skanska and technical consultancy Sweco have come up with a really big plan:

Here’s a before and after of the local rail network: 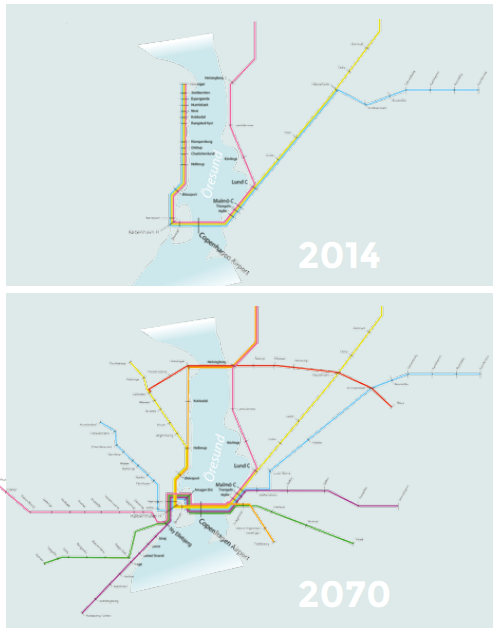 These proposals are coming from construction firms, not municipal governments, but the authorities have been pondering what an Øresund Metro would look like for some time, and are currently conducting a feasibility study.  This isn’t quite the first international transit network – the Texan city of El Paso briefly ran streetcars across the Mexican border to Juárez – but it’s certainly the most ambitious. And, in case you’d forgotten, it crosses the sea.

None of this would come cheap (though exactly how not cheap is unclear). It’ll take decades, too. But if it goes ahead, cross-border detectives should find they have plenty of work to keep them busy.