Hold tight, woolly mammoth fans. We’re another step closer to cloning the ancient animal back from the dead, thanks to a chance discovery of a particularly well-preserved specimen on an island north of Siberia in May 2013 – a mammoth that was so well-preserved that it still had some liquid blood.

The female mammoth was found on Maly Lyakhovsky Island – one of the New Siberian Islands, in the freezing sea north of Siberia – by a team from the Northeastern Federal University of Yakutsk (NEFU). She was found in such a bad state that that the researchers thought she might have died after falling into a hole in some ice, and, after failing to climb out, been partially-eaten by scavengers.

Yet the trunk, which was found nearby, is believed to be the most well-preserved piece of mammoth flesh ever found. Mammoth expert Semyon Grigoriev, the head of the expedition, was quoted as describing it as looking like “fresh meat”. Also, despite temperatures as low as ten degrees below freezing, there was liquid blood inside the mammoth’s stomach cavity. This was unexpected – not only is it unprecedented for a specimen this old (we’re talking 43,000 years, by the most recent estimate), but it implies that mammoth blood has some kind of natural anti-freeze property.

Scientists managed to dig the mammoth out of the ground, and transported her carefully to Yakutsk for an autopsy. That process has now been completed, according to the Siberian Times, and the scientists will be holding a press conference in May to announce their full findings. The information that they’ve released so far, however, is intriguing. 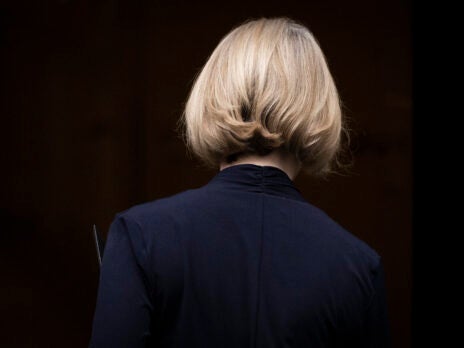 The rear section of the mammoth was almost as well-preserved as the trunk, and includes the remains of its last meal in its multi-chambered stomach. Its blood vessels – and lymph nodes – are also well-preserved. Viktoria Egorova, the head of NEFU’s Research Clinical Diagnostic Laboratory, said: “Having studied the dark-brown liquid extracted from the carcass of the mammoth, we found out that it’s formed not in the postmortem period, and really is hemolysed blood, which has a core of leukocytes [white blood cells] and hemoglobin.”

The quality of the mammoth find has given renewed hope to those who want to clone the woolly mammoth and reintroduce it to the wild. The species mostly died-out 10,000 years ago, though small populations survived until as recently as 4,000 years ago on Wrangel Island, between Alaska and Siberia. And, while confirmation that we now have a specimen of mammoth blood might seem like a pretty big step, it’s important to stress that we’re still a fair way away from that stage.

For one thing, we still don’t know enough about the mammoth to be sure it’s even possible. Most likely cloning would involve impregnating a female African elephant with cloned cells taken from a mammoth specimen, giving us an offspring that was an elephant-mammoth hybrid. Those two species are related, but elephants have two more chromosomes than mammoths do, and we have no idea what the resulting hybrid would be like. Like mules, it might be sterile. Or, like the extinct Pyrennean Iberian Ibex, cloned and brought back to life in 2009, it may be born into agony, dying within minutes.

This also presumes that we would have access to a full mammoth genome, and unfortunately the discovery of well-preserved mammoth blood doesn’t imply well-preserved DNA. Brian Switek wrote a great piece about this for National Geographic:

DNA begins to break down at death, so paleogeneticists would likely draw only scraps of genetic material from the mammoth. Then they would try to place those scraps into a DNA patchwork of the best approximation of what we think a mammoth’s genome would be like.

The result would not be a resurrected woolly mammoth genome; it would be modern science’s best approximation of mammothness.

He also points out that there is a larger issue here: one of whether it is moral to bring an animal back to life when its natural habitat either no longer exists, or is under threat. Mammoths died off when their habitat shrank as the Ice Age ended, and were helped along, in part, by humans hunting them. We can be reasonably certain that any new mammoth populations would be at risk of poachers just as elephants still are today, and worldwide climate change is currently destroying even more of what once was the hunting grounds of woolly mammoths.

Would a new herd of elephant-mammoth hybrids, left alone among the snow and the ice and the tundra, know what to do to survive? Would they know where to migrate for food, or how to protect themselves from hunters? These are important questions for anyone hopeing to make their name by playing Jesus to a mammoth Lazarus, especially as we humans – yes, all of us – aren’t doing great at keeping the number of species we’re killing off to a minimum.