God knows it can be tough waiting for GQ to rank men. It’s been a whole month since the magazine revealed the Best-Dressed Men In Britain 2014 list; the September ceremony for the Men Of The Year Awards 2013 feels a lifetime away. It’s a huge relief, then, that we now how the Most Connected Men 2014 list (thanks in part, as well, to “Knowledge NetworkingTM” – no, us neither – organisation Editorial Intelligence).

But what is a “most connected man”? 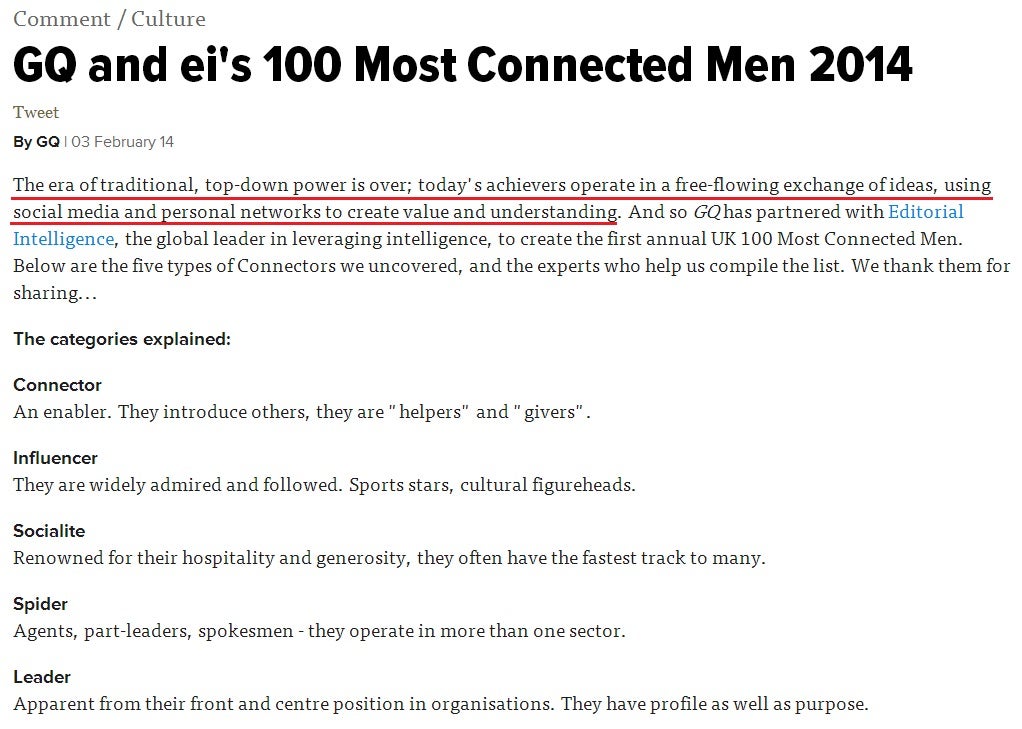 It’s pretty clear – it’s not about top-down power. So it’s pretty funny that this list is just as (almost all) white and traditionally-powerful as every other bunch of GQ-approved blokes: 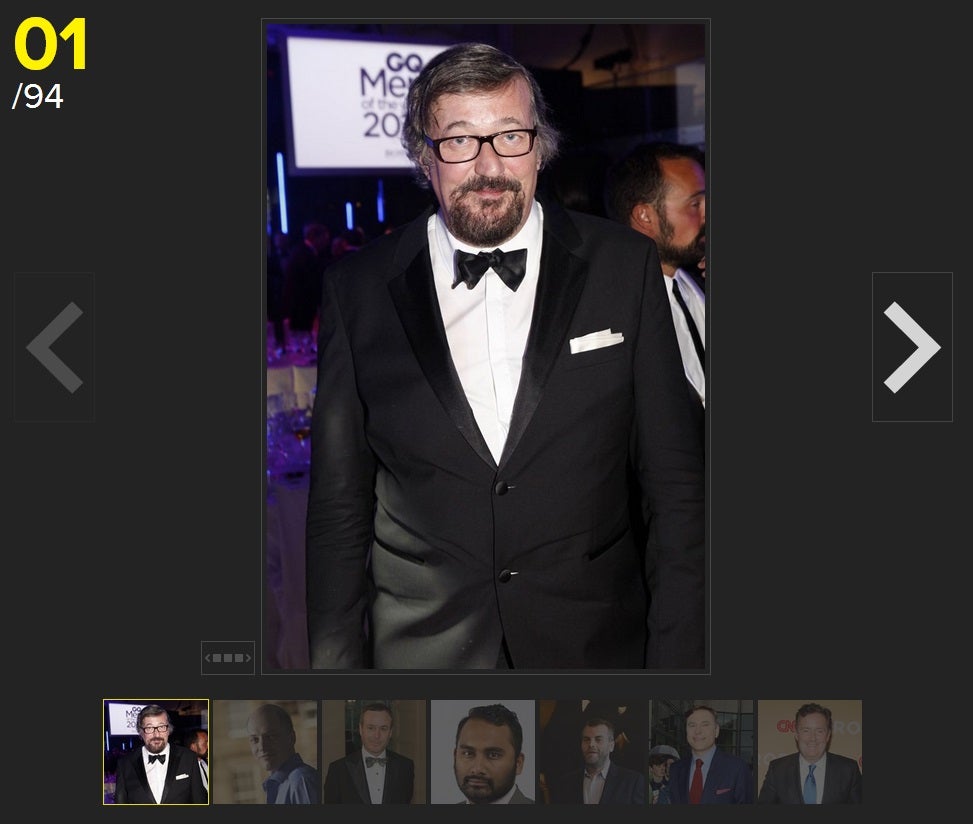 At number one, you’ve got Stephen Fry (prominent broadcaster). The rest of the top ten is Alain de Botton (as close to a household name as there is in philosophy); Lionel Barber (editor of the Financial Times); Amol Rajan (editor of the Independent); Tim Montgomerie (opinions editor for the Times); David Walliams (popular, famous comedian with an equally famous wife); Piers Morgan (national embarrassment); Matthew D’Ancona (writes for GQ – cheat); Evgeny Lebedev (literally bought a newspaper so people would respect him – clearly, worked a charm); Nick Grimshaw (prominent broadcaster, and most recent winner of GQ’s best-dressed man list).

This list makes no sense whatsoever. Its criteria are completely ridiculous. The idea that the director-general of the BBC, David Beckham, the prime minister (plus most of his advisers in Number 10), and a bunch of people who founded Michelin-starred restaurants consitute some kind of new social horizontalist elite in British society is stupid. GQ, stop being so stupid.

Also, while they’ve changed it now, the original photo chosen for the co-founders of Leon was a nice “let’s rip a picture from Facebook and Photoshop it for now, we can always change it later” bodge that gave one man an impossibly-narrow skull, and another woman a lobotomy:

And one last thing: stop giving Boris Johnson awards for being a rubbish-but-charmingly-bumbling mayor, you’re only encouraging him.