In 1969, Tomorrow’s World ran a segment on ‘The Office of the Future’. These kinds of films are always brilliant to look back at with the benefit of hindsight – not to laugh at, but more as a warning. Predicting stuff is hard.

(Unfortunately the BBC doesn’t allow us to embed its videos, but here’s the link. Watch until 3:28 – after that, it’s all about capturing neutrinos in deep mines, a very different but fascinating experiment in itself.)

Firstly, our hero arrives at work in a suit and tie, greeting row upon row of female typists. It may be 1969, but the hippies have yet to conquer the office. If you’d explained to someone back then that, half a century later, the most powerful companies in the world would be based in San Francisco and run by people who often come to work in sandals and sweatshirts… well, it’d be a tough sell. 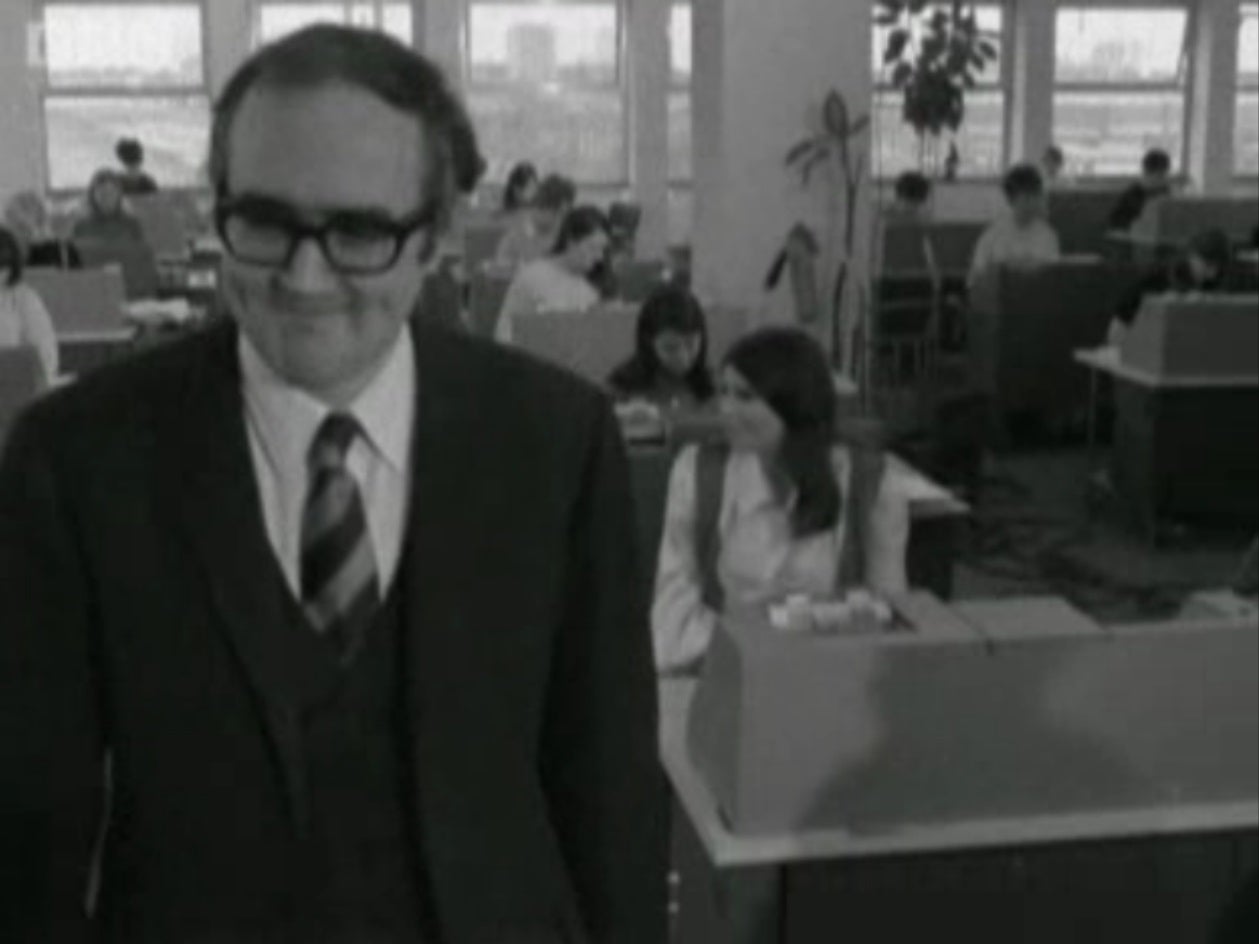 He arrives in his office – his “perfect office” – with a desk made of oh-so-futuristic perspex, and gets to work. In The Office of The Future, that means summoning BJ-39 (a sort of automated aeroplane service trolley) to bring him “anything he wants – even company”. Check out those gadgets! 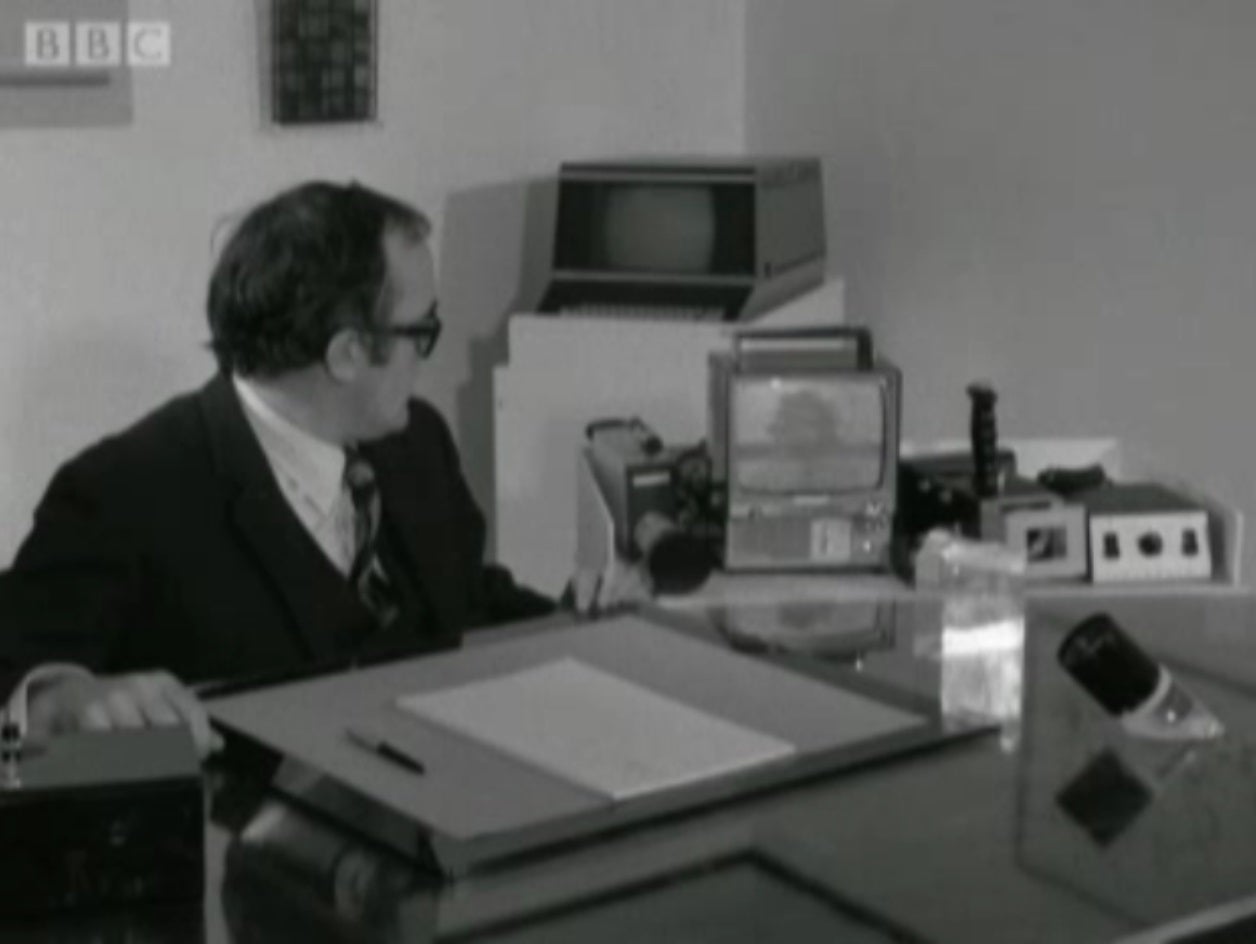 That’s a video recorder, a TV (for playing fuzzy video calls, of course), a camera for making copies of documents, and a dictaphone. All of those things come as default apps on smartphones these days, though it’s interesting to note that even though we could all go around video calling each other it’s nowhere near as important as, say, having the sum total of humanity’s knowledge only a few finger swipes away.

The idea with BJ-39 seems to be that “he” will take documents around the building, but in the clip we only see it making some rather pointless circuits around the desk. It would be quicker to stand up and walk over to get stuff from it than wait for it trundle over, and for that matter it would be quicker to send documents – hand-written documents, begods, despite the computer in the corner – around the building via something old school like pneumatic tubes, for example. 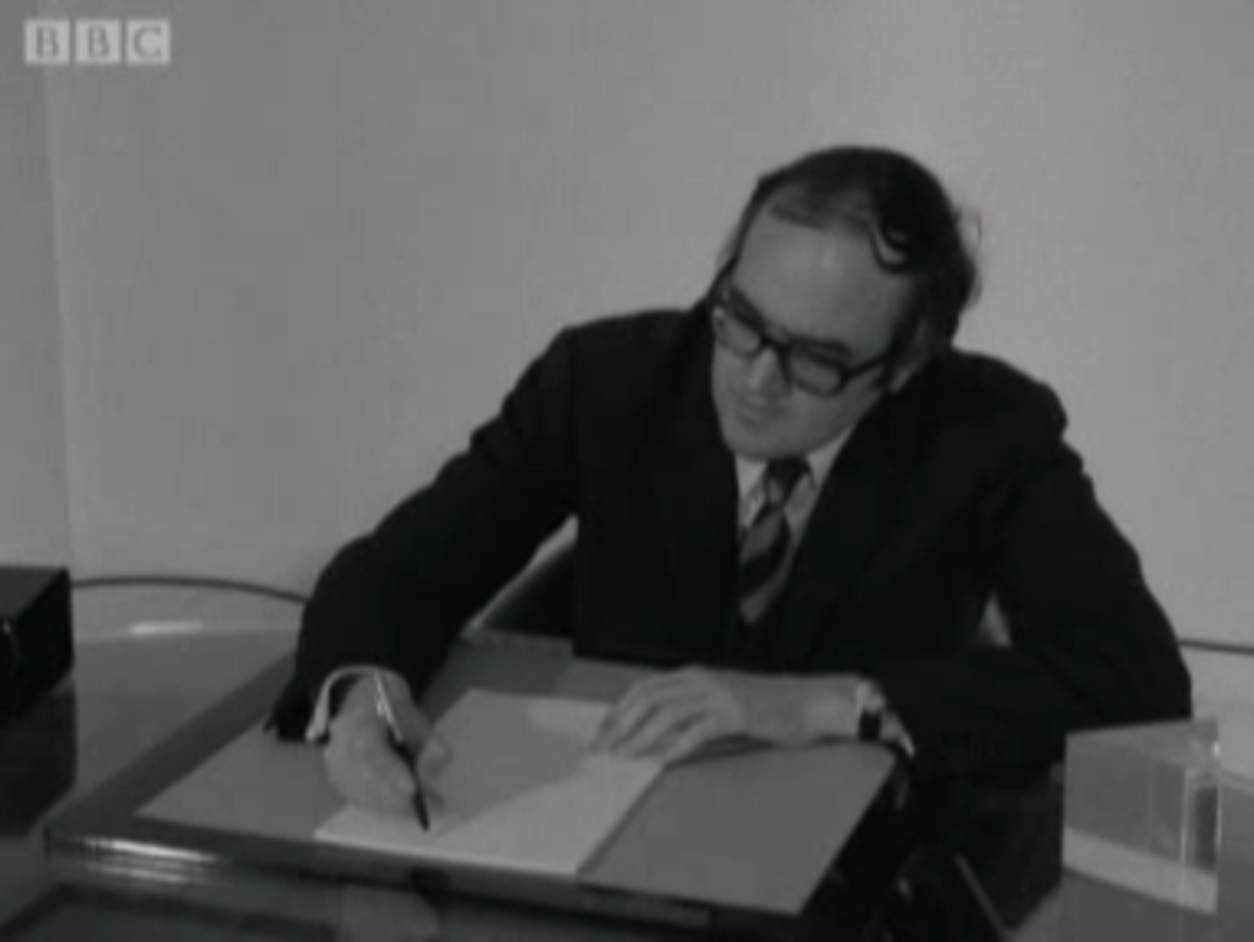 Now that he doesn’t have to waste time speaking to other people he realises that his actual work doesn’t take up a full day. He becomes bored, and plays with his “executive prism” (really). 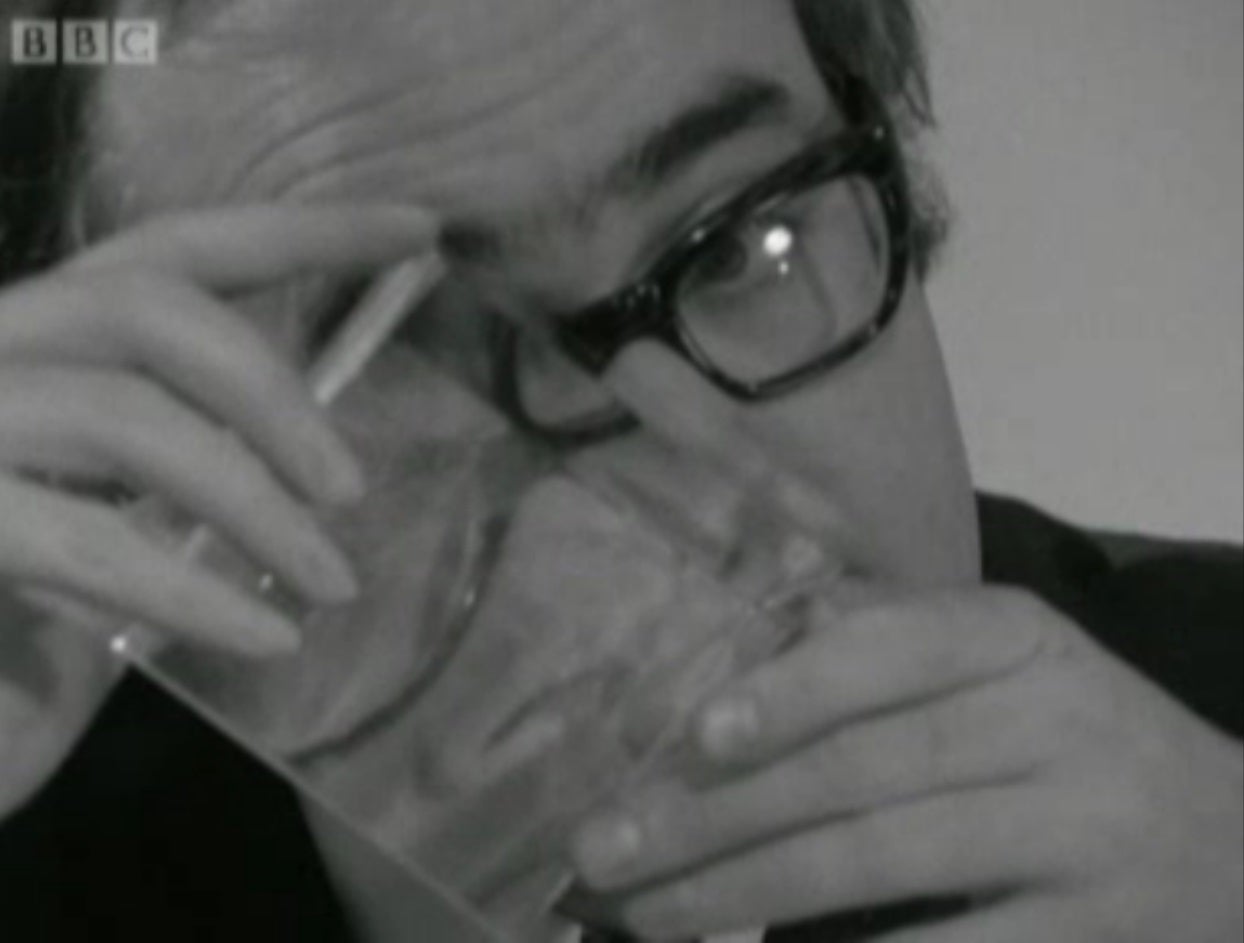 It’s also not clear if BJ-39 has replaced most of the functions of a secretary – Ms Smith, who is shown showing no care for anything beyond doing her nails (there’s that progressive attitude to gender equality, again), is late for work, and probably lucky to still be in a job. 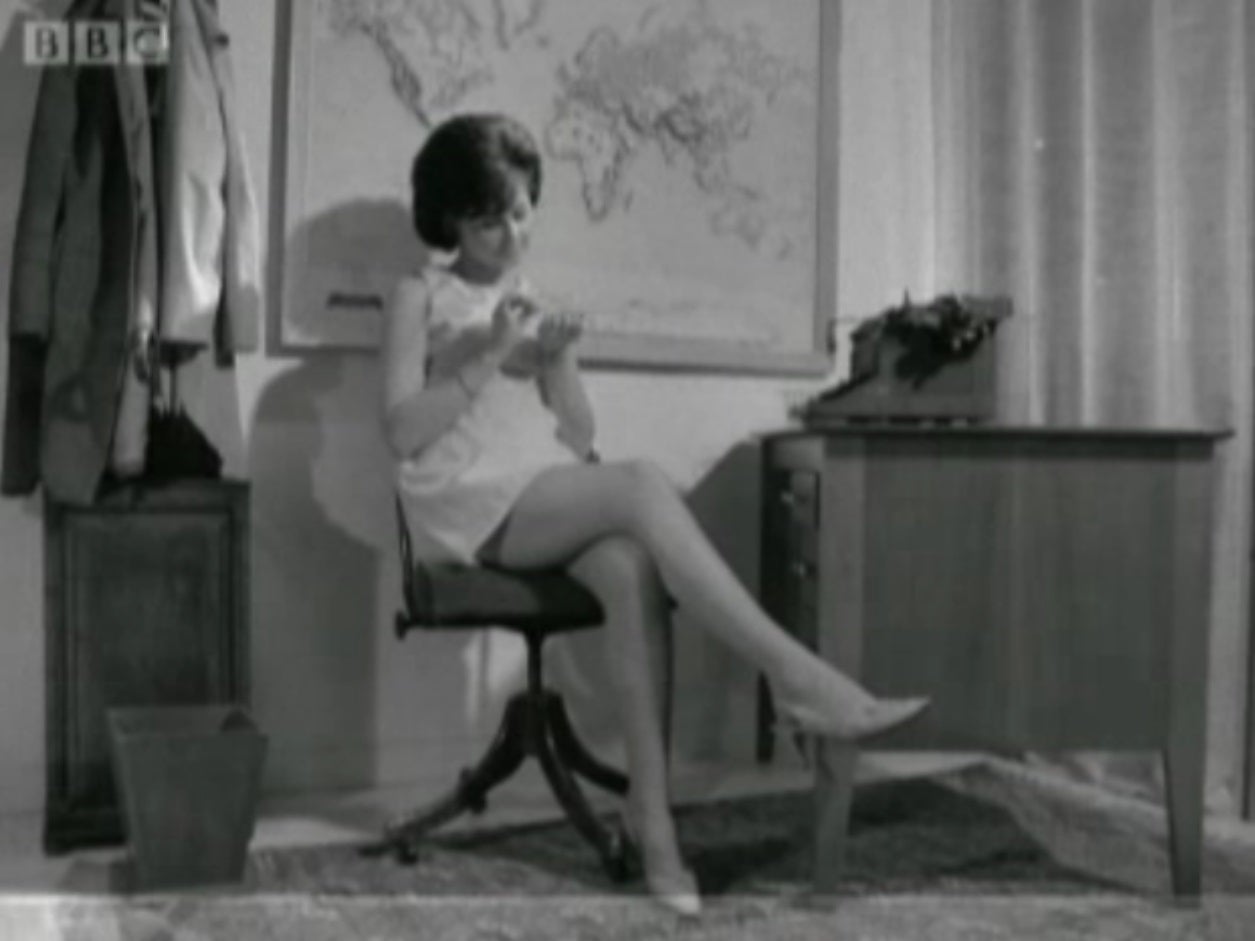 In fact, it’s remarkable how little has been automated in Tomorrow’s World’s vision. Those typists at the start haven’t been replaced by a photocopier; there’s no corporate intranet on which to share documents; voice memos still have to be transcribed by a human (and ideally a woman, at that). BJ-39 doubles as a coffee machine, not that that’s particularly impressive. Imagine how annoying it would be to have a coffee machine rattling between the desks all day, dragging its scent behind it.

Our hero ends the film feeling very lonely. In so much as anything else, this might be better seen as one of those similar predictions of a future where we were all going to work from home when the internet came along and end up lonely and bored. Replace “executive prism” with “Netflix” and it’s not too far off when it comes to the distractions of telecommuting.

While you’re here, do look at the BBC’s collection of clips from other old episodes of Tomorrow’s World. Seeing sincerely excited presenters reporting on things like astroturf, laser pens, and snooker-playing robots is a joy.