Greater Manchester Police claim that their raid on a gang hideout early this morning led to the seizure of the first 3D-printed gun in the UK. Except, they probably haven’t.

For those who aren’t familiar with this, it’s now possible to 3D-print a working gun. Cody Wilson founded Defense Distributed in 2012 as a platform for his belief in the right to bear arms, using the site as a place to distribute (hence the name) the designs for the Liberator pistol.

Every single piece of this pistol, except for the firing pin – which can be an off-the-shelf nail from any hardware store – is plastic. It took a long time to get the design right, but eventually Wilson demonstrated in front of reporters that the Liberator works.

It’s plastic, though, with a smooth, unbored barrel, so it’s very difficult to aim, and the pressure and heat that it has to contain during firing can cause warping and cracks that render the gun useless. Or, worse, make it explode. In short, it’s a crap gun.

How should the US respond to a Russian nuclear attack?

There’s a reason guns are made of metal; the Liberator is almost more of a political statement by Wilson than something intended for regular. It’s a middle finger aimed at any government that wants to restrict access to any firearm as a point of principle. By making the plans available online, disseminating them through file-sharing sites, it makes suppressing the idea effectively impossible.

For police in countries around the world, like the UK, the thought of people being able to bypass gun laws and print off a gun at home is terrifying. And so, to Manchester. Here’s the statement from GMP:

Component parts for what could be the UK’s first ever 3D gun have been seized by Greater Manchester Police.

As part of Challenger, the largest ever multi-agency operation to target organised criminality in Manchester, officers from Greater Manchester Police executed a series of warrants in the Baguley area on Thursday 24 October 2013. During the searches, officers found a 3D printer and what is suspected to be a 3D plastic magazine and trigger which could be fitted together to make a viable 3D gun.

It they are found to be viable components for a 3D gun, it would be the first ever seizure of this kind in the UK. The parts are now being forensically examined by firearms specialists to establish if they could construct a genuine device.

Those firearms specialists are going to be disappointed.

The printer found by the police is quite clearly shown in photos to be a Makerbot Replicator 2. It’s one of the most popular brands and models of desktop 3D printer – you can buy one now for $2,199 (that’s £1,356). And one of the great things about the Makerbot Replicator 2 is that, if you need a replacement part, you can print out a new one. 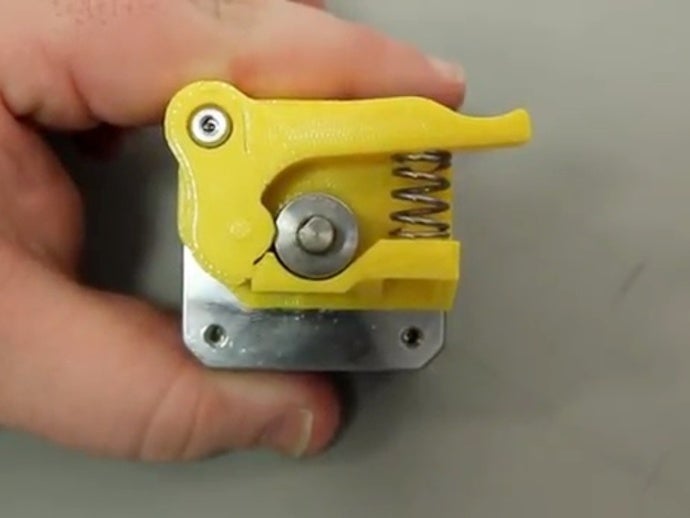 Here’s one of the two pieces that the police recovered in Manchester, the one they think is a trigger: 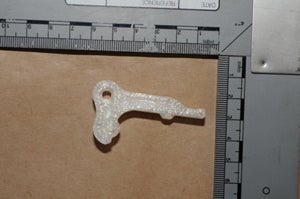 Now, check out this replacement filament holder, also a part for the Replicator 2:

And here’s the “magazine”: 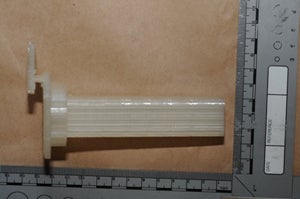 Yeah, exactly. I saw @codepope tweet this, so credit to him, but GMP could have just looked at any picture of the Liberator’s parts and seen quite quickly that neither seized piece matches up to anything here: 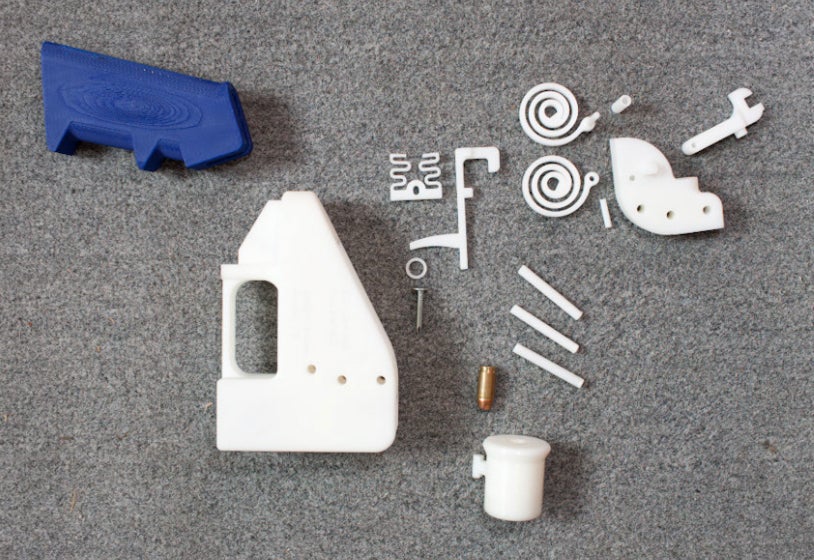 Maybe they were planning on some kind of In The Line Of Fire-type plan, assembling a gun from seemingly normal items, but I doubt it.

The list of other items seized in the raid includes some actual firearms, made of metal, thus raising the question of why these people would even bother going to effort of trying to make the comparatively rubbish Liberator. GMP do say they have a suspect in custody “on suspicion of making gunpowder”, but they might have been mixing up any old chemicals or drugs so let’s wait before using that as proof, too.

One day the police will seize a 3D printer and some pieces of a gun. However, the chances of that gun being anywhere near as effective as a normal firearm – or even an improvised pipe gun, which you can literally make with just a pipe, a bullet and a nail, and which probably runs less of a risk of exploding in your face – is low.

The technology just isn’t there yet to make the widespread evasion of gun laws with 3D-printed firearms a risk, and it’s worth remembering that before worrying about gangs of criminals wandering the streets with rubbish plastic guns.