UKIP’s Godfrey Bloom MEP has a spotted record when it comes to gender politics. Shortly after being appointed to sit on the Committee on Women’s Rights and Gender Equality in 2004, – a job he took because “I just don’t think they clean behind the fridge enough” –  Bloom said that “No small businessman with a brain would ever employ a lady of child-bearing age”.

Later that year, in his first of many attempts to make up for the comments, he invited a group of female students to Brussels, only to be overheard saying about one of them: “Isn’t she the most delicious bimbette? Absolutely thick, but good tits.” The letter of complaint that ensued also reported that “Of the businesswoman who he had invited to share the platform at the next day’s press conference, Mr Bloom had only four words: ‘big tits, very feisty’.”

But it’s all OK. Bloom can’t be a misogynist, because as the Guardian‘s Leo Hickman points out, he has a page on his website titled “The Misogynist?”. Which has lots of pictures of him with women. Like one of him with all his female staff: 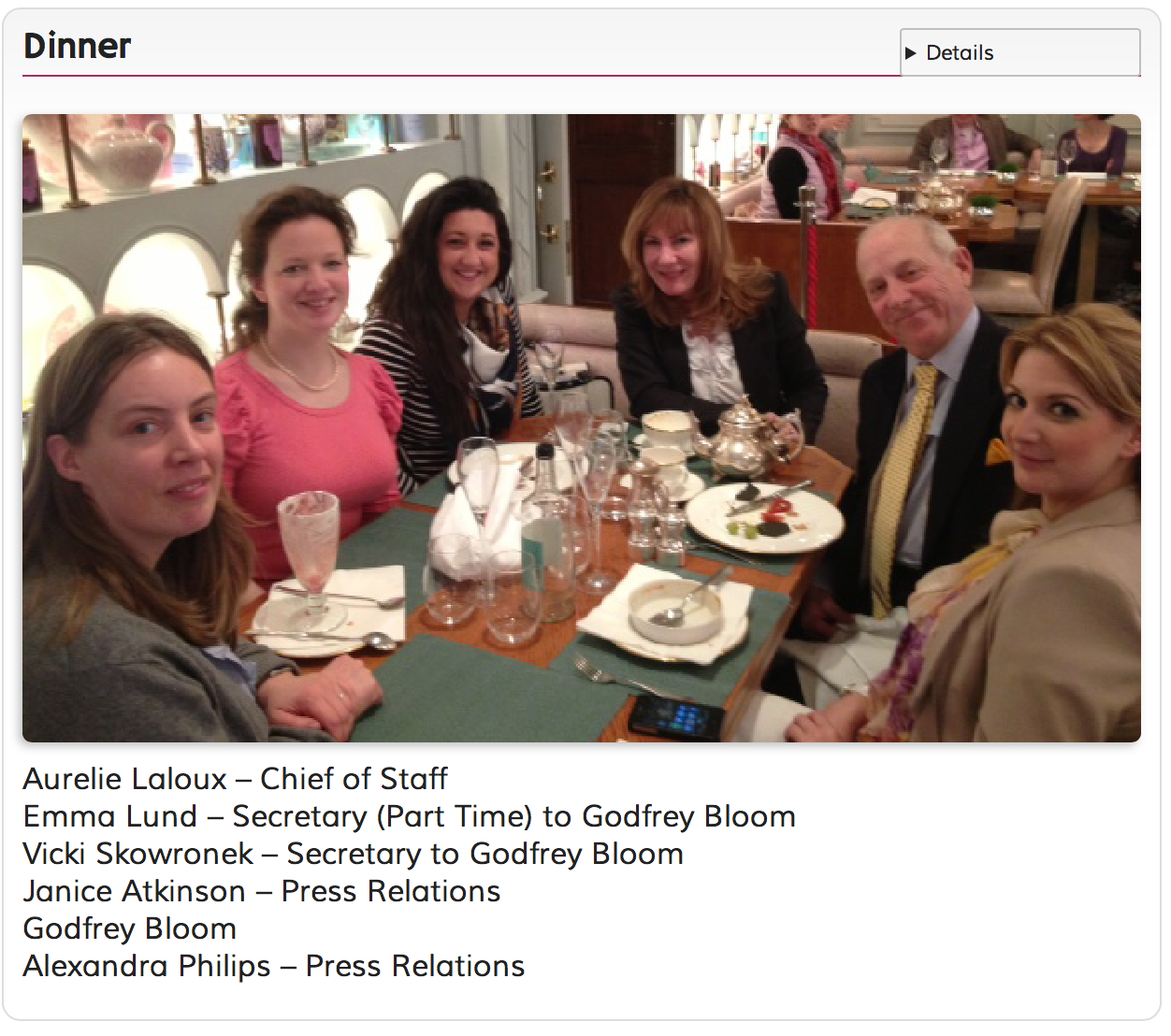 And another of him with a women’s rugby club: 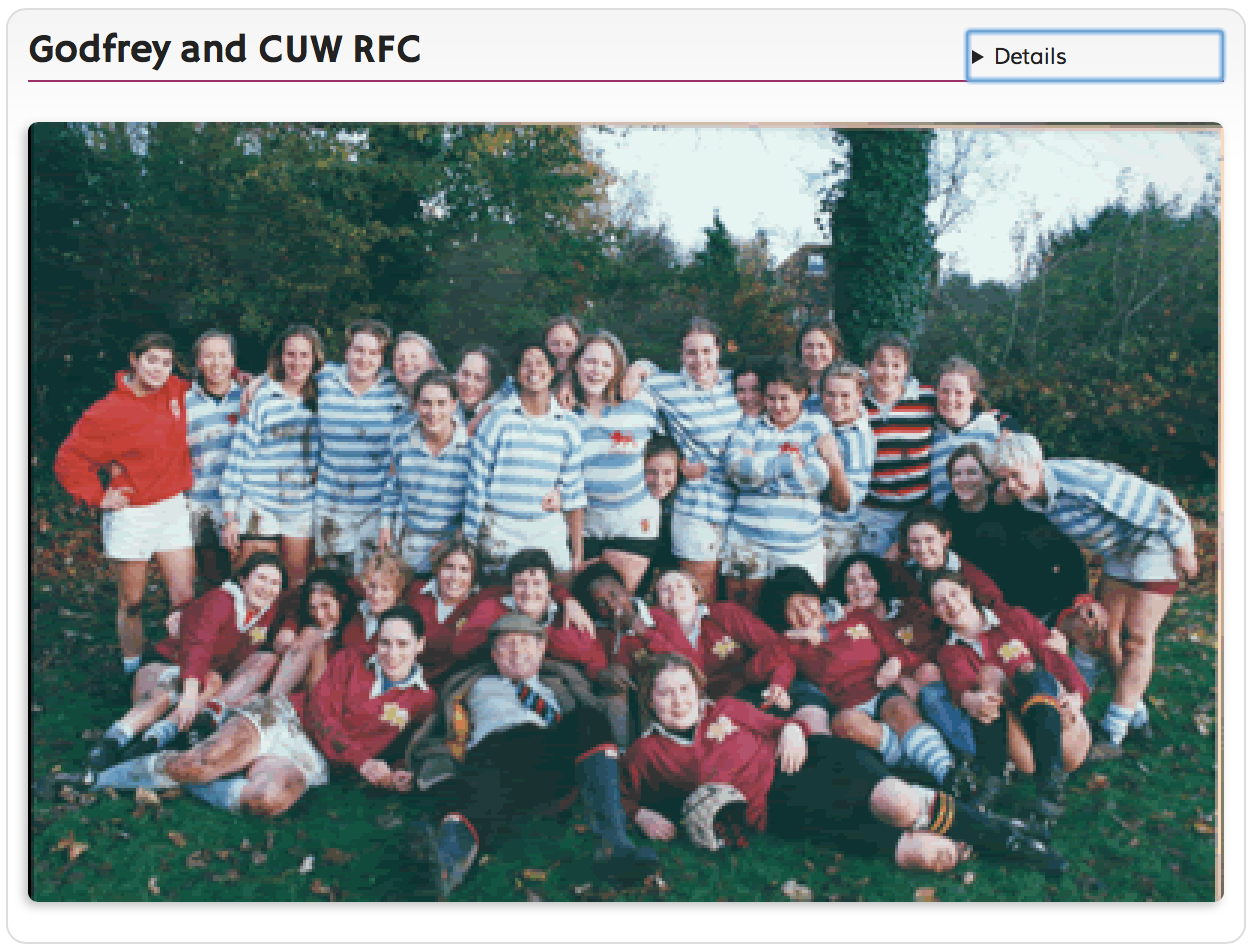 Some of them are just pictures of women without Godfrey Bloom, though I assume he has some relation to Laure, Emma and Vicki. One of them appears to just be a picture of him on a horse, though I guess it could be a mare? I don’t really know about horses: Also he’s been on Women’s Hour which makes him at least as not-misogynist as Tony Parsons, a man who claimed his penis would “literally fall off” if his wife earned more than him.

Now that we know some of his best friends are women, I don’t know how anyone could ever accuse Godfrey of misogyny ever again.

Late-breaking news here: Bloom also has a “Womens Page” on his site which reports that:

A long term sponsor of Women’s Rugby Football, he is well known for his forthright views in support of business women. His popularity with them is in an inverse ratio to that of the women’s political class who represent no one but themselves.

He is one of the most popular speakers in the women’s group circuit and enjoys hosting them in the European Parliament (or House of Nonsense, as he refers to it)

If I were the “women’s political class” I’d just give up because after a zinger like that feminism is basically over.

Mr Bloom has got in touch to give the context of the page:

The point of the website is to rebut accusations of misogyny by the TUC. It was to demonstrate that I have been a supporter of women’s sport for many years, rugby and equestrian in particular, since well before my political days… Your implication that I have just been photographed with a largely random selection of women paints a distorted picture of the whole point.