Over at his Observer blog, Toby Helm speculates on an unseen debate that was raging behind the scenes in cabinet this weekend, about electoral reform.

A very well-informed source took the trouble to inform me that “cabinet ministers who support Gordon Brown” are distinctly worried that plans for a referendum on the alternative vote system (AV), to replace first-past-the-post, may be rejected when discussed by the parliamentary party this evening.

And Helm names the figures who some think are behind the rearguard action: 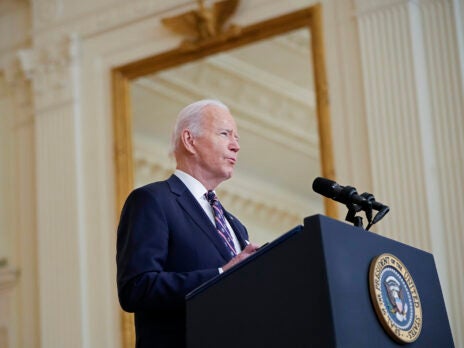 But there is fierce opposition, said to be led by the likes of Ed Balls and Nick Brown, who believe that getting bogged down in arguments about constitutional reform during an election campaign that should be dominated by the economy is lunacy and would obscure Labour’s message.

Last week the PLP put on a show of unity, as it always does after a big falling-out. This week, however, all that could be forgotten as normal business resumes.

As I have repeatedly argued, a true electoral reform pledge may be one of Labour’s last hopes of a “game-changer” before the election. It may also be a last chance to win over Nick Clegg’s Liberal Democrats, who — officially if implausibly — remain “equidistant” between Labour and the Conservatives.

At the Fabian New Year Conference over the weekend, there were calls for Ed Miliband, who is writing Labour’s manifesto, to harden the belated AV commitment to one of a properly proportional system, such as AV+, as advocated by Roy Jenkins. But were Brown to allow even the AV referendum pledge to be threatened by conservative Labour tribalists, it would be very doubtful that he would have any hope at all of retaining office after this year’s election.