Despite promising a “proper long-term workforce plan” to help guide the NHS through the next few years, the Health Secretary Sajid Javid has revealed that no additional funding will be given to help the health service reach its goals.

Speaking on 8 February at the Royal College of Physicians in London, Javid warned that the NHS is on “an unsustainable financial trajectory,” adding that public services would be at risk if the health service was to be further supplemented.

“I’ve seen first-hand how – when healthcare takes up an ever-greater share of national income, you have to make some serious trade-offs on everything from education to infrastructure,” said Javid, who labelled the Department for Health and Social care the “highest spending department” he’s worked in across government.

In his extensive speech, Javid was keen to stress sums that power the health service. By 2024, Javid said, health spending is set to account for 44 per cent of day to day public spending, in comparison to 27 per cent at the start of the millennium.

The Policy Ask with Michelle Mitchell: “I never saw female CEO role models when I was growing up” 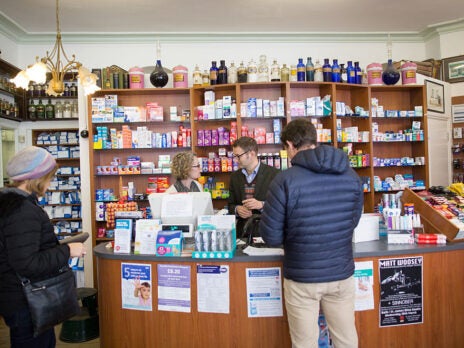 Current spending has seen our health budget become bigger than the entire GDP of Greece, the Health Secretary added.

After echoing his support of the NHS’ founding principles – that it should be accessible to all and free at the point of use – Javid noted that this year, “the NHS will spend its original 1948 budget, adjusted for inflation, once every month,” as he highlighted his case for a change of the current status quo.

The health secretary set out three pillars to help “reform” the health service and decrease spending: disease prevention, personalised health care budgeting and a digital technological revolution to bolster the performance of the service, while also saving money.

A key driver of the first point would be families encouraging their loved ones to improve their health, according to the health secretary.

“Whether it’s stopping drug addiction or dealing with depression, there’s no more powerful motivating force than family,” said Javid. “We as citizens need more power to determine our own health. We need a decisive shift from the state to individuals, families and communities.”

In his ambition to build “not just a ‘national hospital service’ but a true ‘National Health Service”, Javid said that personalised healthcare would be a key way to tackle current service backlogs.

A personal care service that covers “everything from social prescribing to support plans” will aim to benefit 4 million people by March 2024, with those suffering from chronic illnesses to benefit first, announced Javid.

“By 2030, I intend for personalisation to become the norm and personal health budgets to be an increasing part of that,” he said. “Taken together, I intend for this to be one of the biggest transfers of power and funding in decades: from the state, to the individual and their family.”

To round off the trifecta of his previous two ‘P’ touchpoints – prevention and personalisation – Javid outlined how the performance of the health service could be bolstered by a digital revolution from within.

The Health Secretary wants “to pull every digital lever we have” and “embrace” more technology in patient care, announcing a target to have electronic records be used in 90 per cent of trusts by December 2023, and 80 per cent of social care providers by March 2024.

“If we get this right, we can improve the day-to-day patient experience, free up more time for GPs, nurses and others to focus on patient care and reduce costs,” said Javid. “These are modernisations we cannot afford to live without.”

The health service is set to receive a boost, as the much-maligned National Insurance hike, which will provide health and social care a £36bn boost over the next three years, is due to start next month.

“There’s certainly no shortage of things to spend it on,” Mark Dayan, policy analyst at the Nuffield Trust, told the New Statesman. “But it’s very difficult to argue with the three principles of investing in prevention, patient-centeredness, and performance.”

However, Dayan adds, there is one area – another ‘P’ – that Javid missed out on which forms a blind spot in plans to reform: primary care given by GPs, which are a “crucial” link between patients, hospitals and social care.

“General practice is very central to the way the NHS works,” Dayan explains, but “many years of dwindling numbers of people training and more early retirement [of GPs] means we’ve come to a position where the number of GPs per person is falling.”

“That’s a problem because they’re [GPs] fairly central to all three of the Secretary of State’s priorities,” he adds. “So, if the pressure in general practices continues to get worse, that’s going to have very problematic impacts on patients and on the NHS as a whole.”