There is no issue more unjust than climate change. Those who have done the least to cause it are the ones suffering the most. My home continent, Africa, contributes just 3.8 per cent of global greenhouse gasses and yet we are hurt more by the consequent global warming than those countries that contribute the majority of emissions.

In the Horn of Africa drought has caused famine for millions of people. In Southern Africa floods and storms devastate lives, properties and livelihoods. Extreme weather across the continent is stalling progress towards food security, social well-being and economic development.

This year we have a chance to fix it. Cop27, the UN climate summit, is taking place on African soil for the first time in six years in Sharm el-Sheikh, Egypt (in 2016 the conference was held in Marrakech, Morocco).

The talks are complicated, chaotic and almost always overrun with sleep-deprived delegates living off bad coffee and sandwiches, usually in an airless conference centre. Cop26, held last year in Glasgow, was no different, and the outcome was a disappointment, despite the grand boasts of Boris Johnson. It’s not just the causes of climate change that are unfair but how we are dealing with it, too. 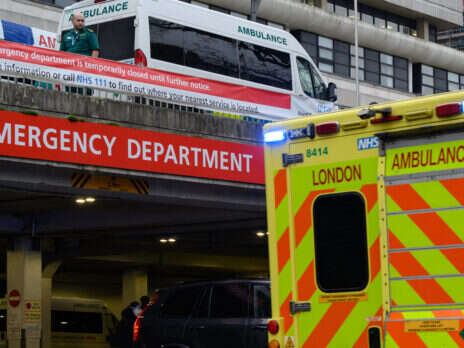 Rich countries, the ones that have created this existential threat to my fellow Africans, and many others around the world, work very hard to block progress, drag their feet and refuse to accept responsibility for their actions. Some of the worst polluters have to be dragged kicking and screaming to a point where they will actually lift a finger to help those they have harmed.

They may say all the right things to the media about wanting to be green and to tackle the climate emergency but when it comes to providing concrete, on-the-ground help they seem almost indifferent to our suffering.

In 2009 the world’s wealthy nations accepted that they had done untold damage to the climate with their profligate burning of fossil fuels and agreed to pay poor and vulnerable countries $100bn a year to help them deal with the consequences of the climate crisis and accelerate their decarbonisation. They did this because they realised they had burned through almost all the global carbon budget and they needed poorer countries to develop economically on the basis of renewable power instead.

[See also: Cop27: What is on the agenda at the Egypt climate summit?]

This $100bn was due to be paid by 2020 and in return poorer countries agreed to forgo the dirty energy development path. However, by Cop26 last year, richer countries arrived in Glasgow having failed to meet their own promise, despite the fact that they had 12 years to raise the sum. It may sound like a lot, $100bn, but it’s less than the budget of the HS2 railway line in the UK. It’s not even a figure that is based on the actual needs of poor countries: developing countries are estimated to need just under $6trn up to 2030 to finance less than half of the work planned in their national contributions to the Paris Agreement, made at Cop21 in 2015.

The whole point of negotiations is that you need to be able to believe that the other side is going to do what they say they will do. Rich countries refusing to pay the paltry amount they promised undermines the entire global order.

Developed countries claim to have mobilised $83bn a year in climate finance, according to the Organisation for Economic Cooperation and Development. These figures are highly inflated and contested, however. The charity Oxfam estimates that climate finance delivered to developing countries may be as little as a quarter of what is reported. The African Cop must see this wrong put right and get us back on track towards a just response to the climate crisis.

First, rich countries need to finally fulfil their promise of $100bn. And not in loans that will burden the poor with decades of debt repayments but in grants that can be used urgently where the need is greatest. They must also achieve progress in advancing the process to define a new long-term climate finance goal, including on having a timebound annual finance goal for developed countries that is needs-based and subject to transparency and accountability requirements.

Second, this money needs to be split fifty-fifty between mitigation (reducing emissions) and adaptation. Communities in the developing world are suffering from climate impacts right now and that adaptation support is essential for protecting lives and livelihoods.

Third, rich nations need to agree to the creation of a fund to pay for the permanent losses and damages caused by climate change – the impacts which cannot be adapted to. So far, despite agreeing to it in principle, rich countries have blocked all attempts to make it a reality. African soil would be a good place to bring that fund to life.

The injustices of climate change run deep and won’t be righted at single meeting. However, we can begin down that road together in Sharm el-Sheikh and put ourselves on course for a fair and equitable response to climate change that may give everyone a chance at a more prosperous future.

This article is a part of a series exploring what we need from Cop27. See more in the series here.

Mohamed Adow is a climate justice advocate and director of energy and climate think tank, Power Shift Africa. He is based in Kenya.