The Institute of Directors has a clear stance on the concept of the Northern Powerhouse; we support it. In a survey last year, 65 per cent of our members nationally voted in favour of the idea, with 71 per cent of business leaders in the north advocating the concept.

We have now, however, reached a pivotal point where all of the talk must result in some substance. We have to begin to see tangible results that demonstrate a rebalanced economy, with accelerated growth beyond the south-east.

Primarily that means dividing politics from facts. Ministers are telling us it’s going well and we have definitely seen progressive actions and great support – including devolution and the introduction of elected mayors in some northern cities, but there’s a long way to go.

We have had the photo opportunities and the headlines. Now it’s time for action, harnessing real potential, generating momentum and garnering the support of business leaders to ensure that substantial change begins to occur. 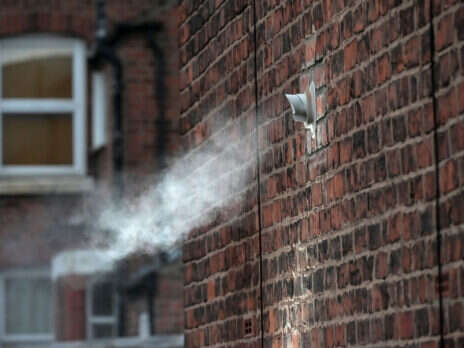 For me, that means giving the northern cities the power to find their role at both the domestic and the global level, re-establishing the north’s former prominence when it was a powerhouse of the 19thcentury economy.

It is up to organisations, their leaders and business networks such as the IoD to drive the concept in the first instance. Crucially, we must work together across each northern town and city to ensure that the Northern Powerhouse is greater than the sum of its parts.

The IoD supports and is a member of Business North, recently launched as a group, comprising senior industry leaders from across northern England to drive forward the agenda for the Northern Powerhouse.

The results we achieve must eclipse what individual towns can achieve on their own. That is perhaps another challenge; northern cities have deep-rooted histories and competitiveness that can Peter Radcliffe, chair of the Institute of Directors in Liverpool, outlines his powerhouse wish list What happens next prevent the optimum level of harmonious working processes across the entire region. However, look carefully at those cities and there are fine examples of remarkable industries and businesses which collectively can make the Northern Powerhouse a reality.

We already have a “powerhouse” reputation in some sectors. The BBC-led regeneration in Salford has led to a clustering effect, with a media powerhouse developing around it. Manchester has a plethora of industries to call its own.

Lancashire-based corporations are key to the energy and renewables sector. Cumbria has an investment pipeline of circa £25bn in the next decade, creating more than 30,000 jobs and an additional £1.3bn per annum to regional GVA.

In short, it’s about exploiting these vast assets.

The IoD has many hopes for the Northern Powerhouse. Consistency is our primary concern; devolution, for example, is an important contribution, but immediately it means there’s a lack of cohesion, as some cities have devolved powers and some don’t. The idea of devolved powers has been well received by IoD members, with just 8 per cent of business leaders within our national membership opposed to the idea.

Transport seems to be the biggest talking point – 78 per cent of our members in northern regions voted that this is the area in which cities should be given additional power. But while the dialogue remains crucial on improving the passenger transport infrastructure (speed, ease of access and capacity), I’m as concerned about the freight transport opportunities.

My role at the IoD is to support businesses in the Liverpool city region and its long-standing prowess as an important port is something the north can exploit – but only if significant transport investment allows the swift and easy movement of cargo around the region to access the 35 million people closer to Liverpool than the southern ports.

Liverpool2 is a new deep-water container terminal that can accommodate 95 per cent of the global container vessel fleet, thus creating the capacity to handle the next generation of container ships. It will empower the Port of Liverpool to be the UK’s national gateway and transshipment hub for Ireland and the Atlantic.

Transport is a classic example of an area where spend and growth are greater in London. A 2014 research report by IPPR showed that Londoners receive £5,203 per head more capital expenditure than the north. Crossrail alone is earmarked to receive nine times more funding than all the rail projects from the north’s three regions combined.

Furthermore, an SPREI report published last August suggested that overall infrastructure investment in London, such as communications, transport and utilities combined, reached £45bn, or £5,305 for each resident. This compares with £1,946 per head in the north-west, £851 in Yorkshire and Humberside, and just £414 per head in the north-east – the lowest of any English region.

All of this leads me to believe that the north is faced with an almost impossible task if it doesn’t have the right resources or mishandles the devolved powers. Our member research reinforces this; 62 per cent of IoD members in the north are concerned that devolution would lead to higher taxes and 61 per cent thought it would increase the cost of tax compliance, showing that business leaders’ support for devolution is not a blank cheque to ramp up taxes and spending.

The majority are in support of devolved transport, education, skills, housing and planning powers. Infrastructure in the broadest sense appears to be the priority for business leaders. These statistics are true for directors in the northern cities; 62 per cent of business leaders want northern authorities given power over education, while 77 per cent want housing and planning powers increased in cities.

It is also important to consider the need for “positive discrimination” to favour the north against other parts of the UK and create “competitive specialisation” allowing cities to focus better on their strengths and build up particular sector expertise. This is especially relevant for areas such as R&D, science, innovation and technology, including the digital sector.

My final wish for the Northern Powerhouse – and it’s a big ask – is that it doesn’t result in achievements that northern cities would have attained regardless, especially those with devolved powers.

The north will accomplish much over the next few years. Manchester, Liverpool and Leeds, for example, are great cities with already established strong assets. I believe that, with or without the Northern Powerhouse, they will contribute significantly to the growth of the UK economy.

The Northern Powerhouse, if successful, will significantly boost this potential and help us secure even more achievements for the region than would have been possible without it. What is imperative, therefore, is that we see a Northern Powerhouse that adds even more value; a rebalanced economy and investment that promotes prosperity and wealth, crucially driven from the north.

Everyone in business or simply resident in northern cities has to believe that the north as a whole means something. With the combined northern regional economy standing at almost £300bn, we simply cannot be ignored.