Last night at 8.45pm, I was turned away from a cavernous restaurant with barely any diners. Everyone had to be out of the restaurant by 10pm, so the owners had decided the kitchen must close before nine. No one could be expected to eat within an hour: a civilised attitude, but not one that is helping to keep the restaurant alive.

Be that as it may, a missed dinner – or an early one – helps prevent the spread of Covid-19. This is what we are told.

But how did we get here, and why is this government policy? At the same time, if stopping Covid is our aim, why were all the doors and windows in the restaurant shut?

This is the bizarre political reality in which we are currently living. On the one hand, we have a rule – the 10pm curfew on all hospitality – that No 10 has enforced without either the approval of parliament or on the recommendation of the government’s scientific advisers.

On the other hand, a focus on indoor ventilation – one of the key variables in the spread of Covid-19, according to science established around the world since March – is entirely absent from government messaging and the run of daily life.

This odd mix has left us living under a set of rules that are both authoritarian and weak – an accusation that Tory MPs fear could be levelled at this government more widely.

That is quietly fuelling a looming unemployment crisis. We are crippling the hospitality sector just as its recovery was under way, and after Rishi Sunak, the Chancellor, spent billions on a seemingly unnecessary scheme to get Britain back into restaurants in August.

Yet even as the government clamps down, it is not attempting to alleviate the biggest problem with summer turning into winter: the increased likelihood that the virus spreads indoors.

As Muge Cevik, a virologist at the University of St Andrews, recently noted: “Prolonged indoor contact in a crowded and poorly ventilated environment increases the risk of transmission substantially. But decreasing occupancy and improving ventilation through opening windows/doors can lower the risk.”

A recent BMJ article depicted this visually. Ventilation is, along with mask-wearing and the time people spend in close proximity to one other, one of the key factors in the likelihood of Covid-19 transmission. 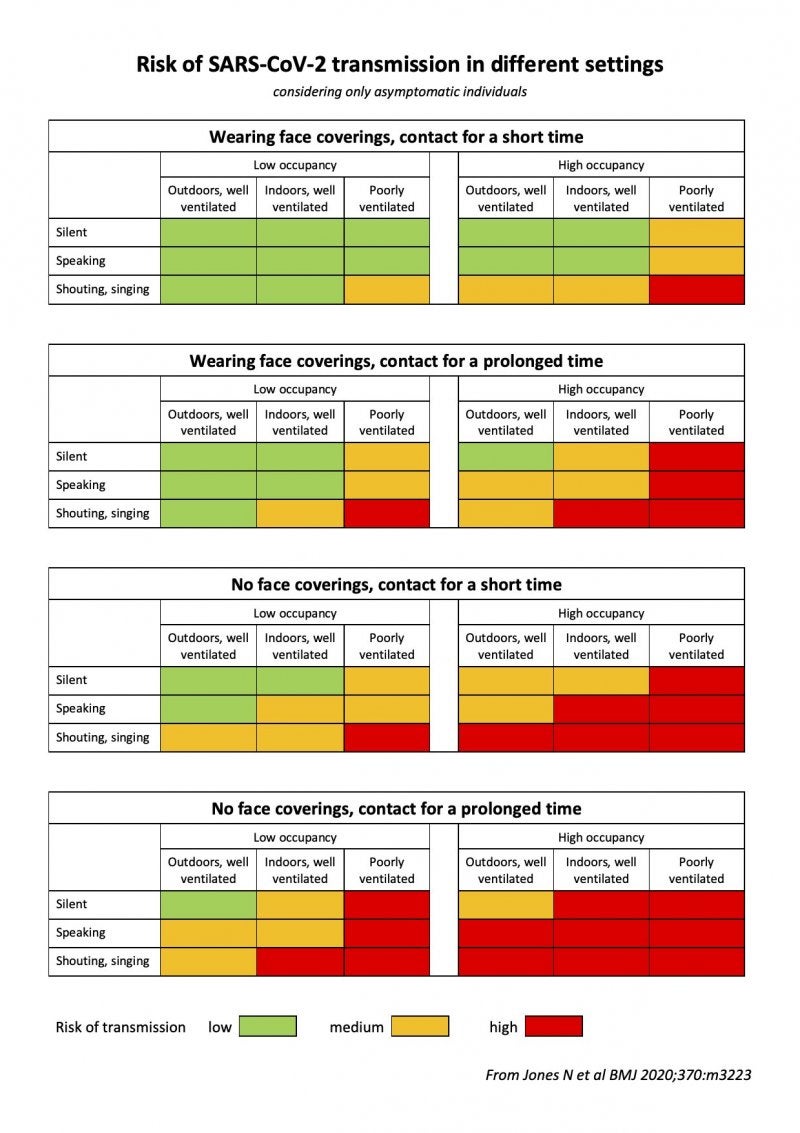 Yet “open every window you can” is not part of government messaging, which continues to focus on a relatively minor aspect of transmission: surface contact.

Virologist Julian Tang, of Leicester Royal Infirmary, recently told the Observer: “As long as people keep emphasising handwashing over aerosol transmission and ventilation, you are not going to control this pandemic.”

This is, fortunately, not quite true at present. The UK’s “second wave” has not spiralled out of control, contrary to the severe warnings of government scientists last week.

On 22 September, the government’s chief medical officer Chris Whitty and its chief scientific adviser Patrick Vallance held a national press conference in which they suggested the UK would be dealing with 50,000 cases a day by mid-October.

Despite saying that this was “not a prediction”, their presentation featured a graph with only one possible line drawn: their mooted outcome of 50,000 cases a day. If Whitty and Vallance wished to show a range of outcomes, they could have done so.

Instead, they displayed their fearful scenario alone, the threat of which was used to impose the 10pm hospitality curfew.

It soon transpired that the transmission-reducing effects of the curfew were not modelled by Sage. That is likely because very few benefits would have been found: hospitality has accounted for a tiny percentage of Covid transmission so far.

Indeed, John Edmunds, a key Sage member, has publicly stated that the curfew “will have a very small impact on the epidemic”.

As for Whitty and Vallance, their prediction looks increasingly erratic – as it did at the time. Ed Conway, Sky’s economics editor, has the key chart. 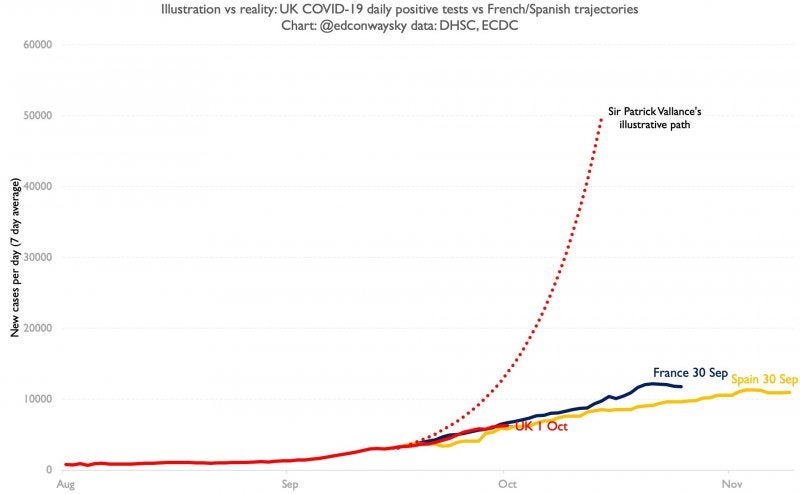 The UK’s case totals are rising gently, not rapidly. And in many parts of the country, cases have scarcely risen at all. 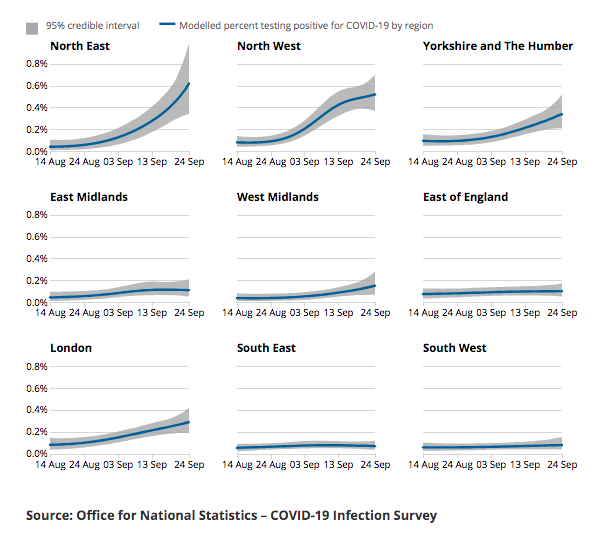 Yet the same incoherent curfew is being applied throughout the UK – regularly leading to packed scenes across different cities as everyone leaves restaurants, pubs and bars at once.