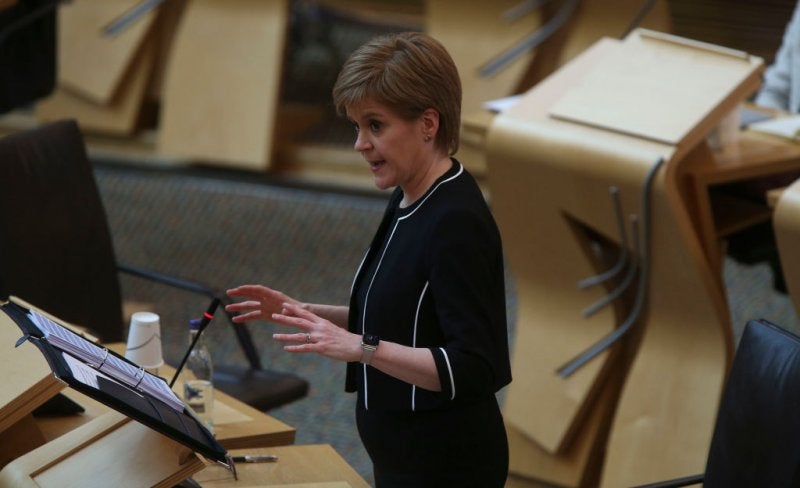 Two households in Scotland will be able to meet up outdoors soon after Thursday, 28 May, the government has said in its “road map” for lifting lockdown.

Phase one of road map, which is set to come into force after 28 May “if the evidence supports that”, will allow two households to meet “in small numbers”, including in gardens. This is in contrast to the current approach in England, where a maximum of two people can meet up, and only in outdoor public spaces. Nicola Sturgeon said the rules on households meeting would likely come into force shortly after that date.

People will be allowed outside an unlimited number of times, but the government will advise people to stay “within a short distance of your local community”.

Staff will be allowed to return to schools, and both child-minding services and fully outdoor nurseries will reopen. The government said it will make “support available to pupils at key transition points”, such as those about to start secondary school.

The government will continue to encourage remote working, and any businesses reopening should enforce staggered start times and flexible working, the document says.

The road map lays out further phases of easing lockdown up to phase four, but does not set specific dates for each step.