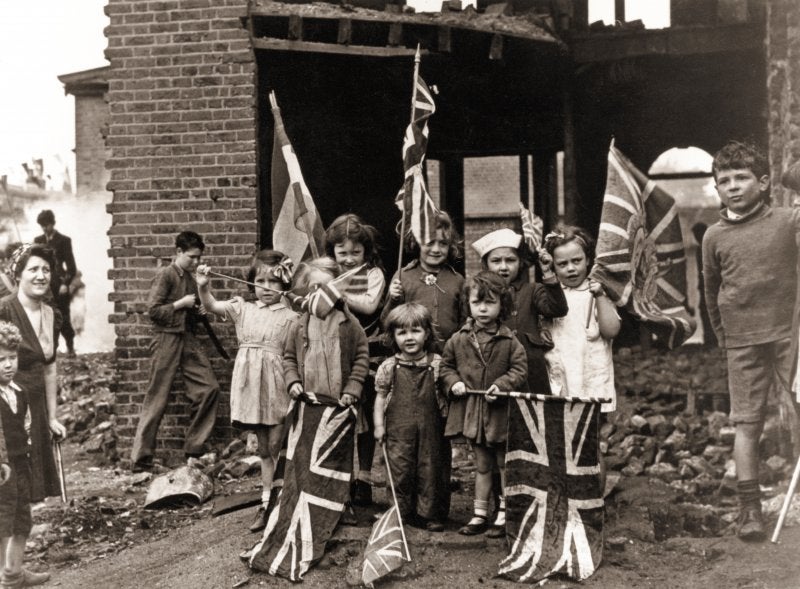 Young children in bomb scarred Battersea in south London with their Union Flags.  Photo by adoc-photos/Corbis via Getty Images 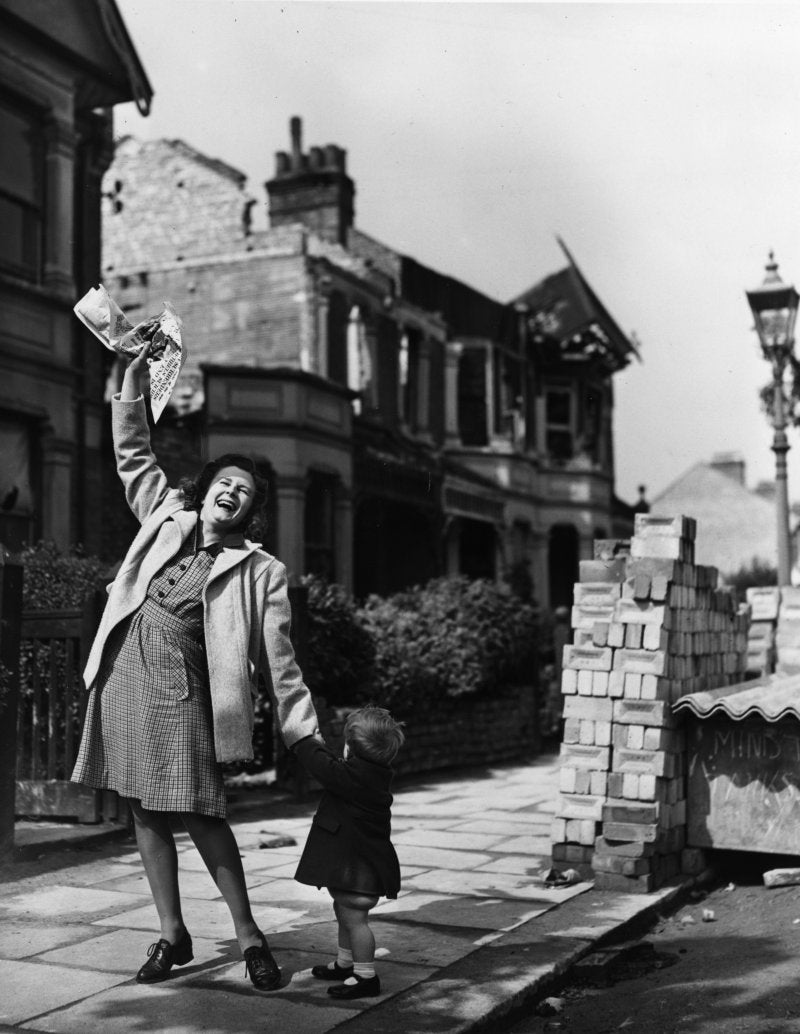 Mrs Pat Burgess of Palmer’s Green, north London is thrilled to get the news that her husband will soon be home for good from Germany.  Photo by Reg Speller/Fox Photos/Getty Images 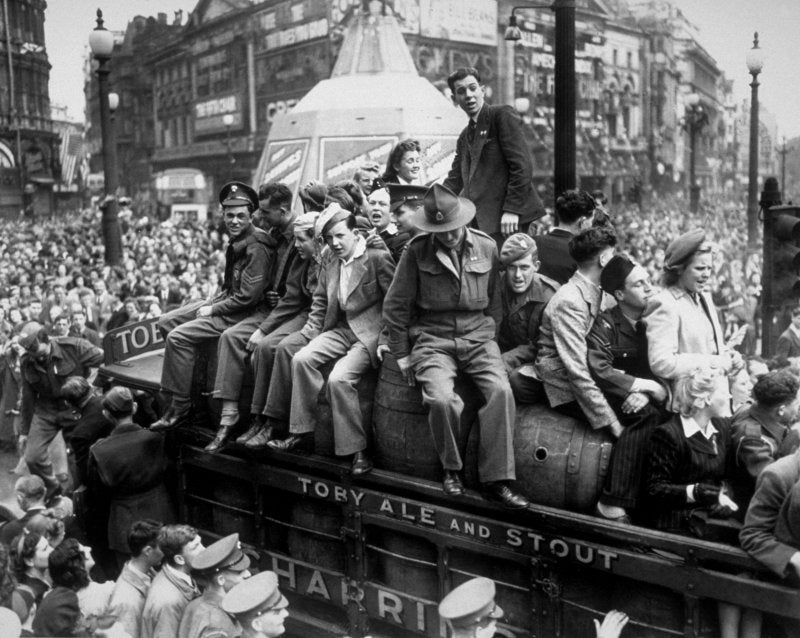 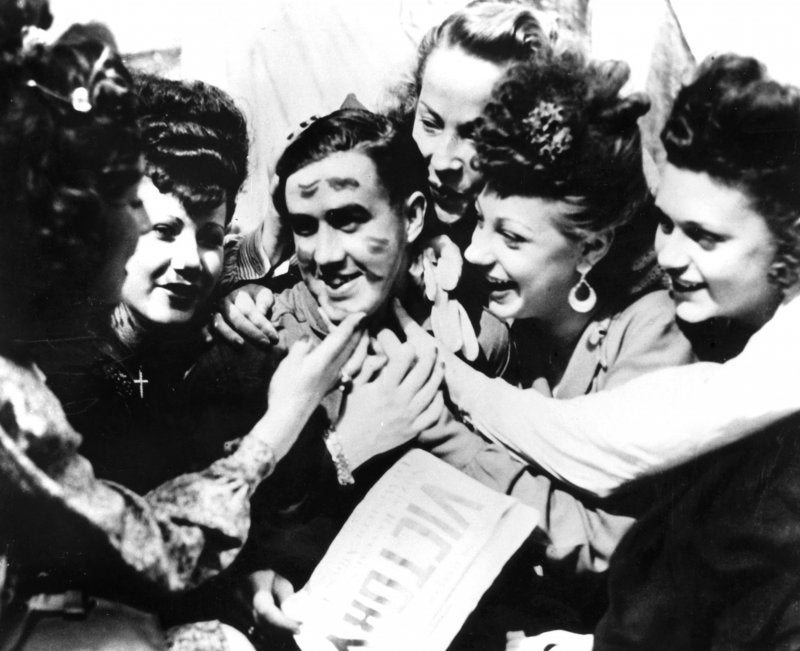 A soldier is smothered in kisses on VE Day in Paris.  Photo by  Art Media/Print Collector/Getty Images 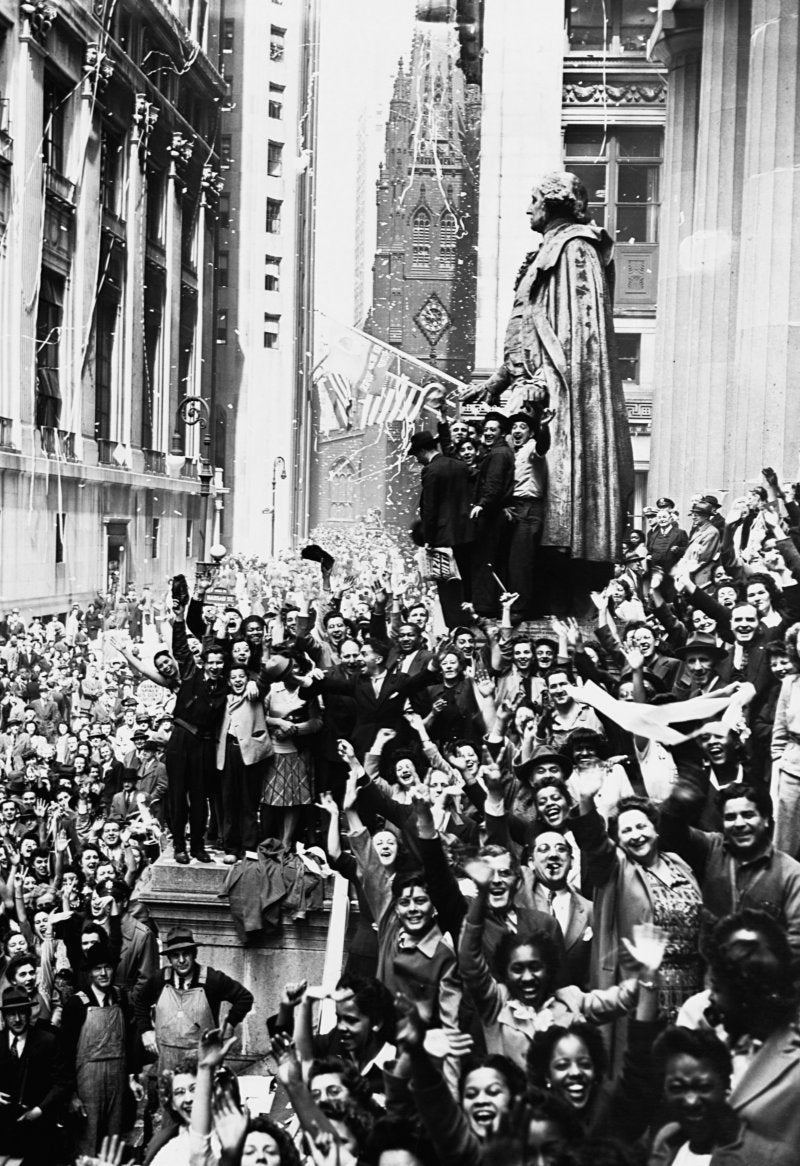 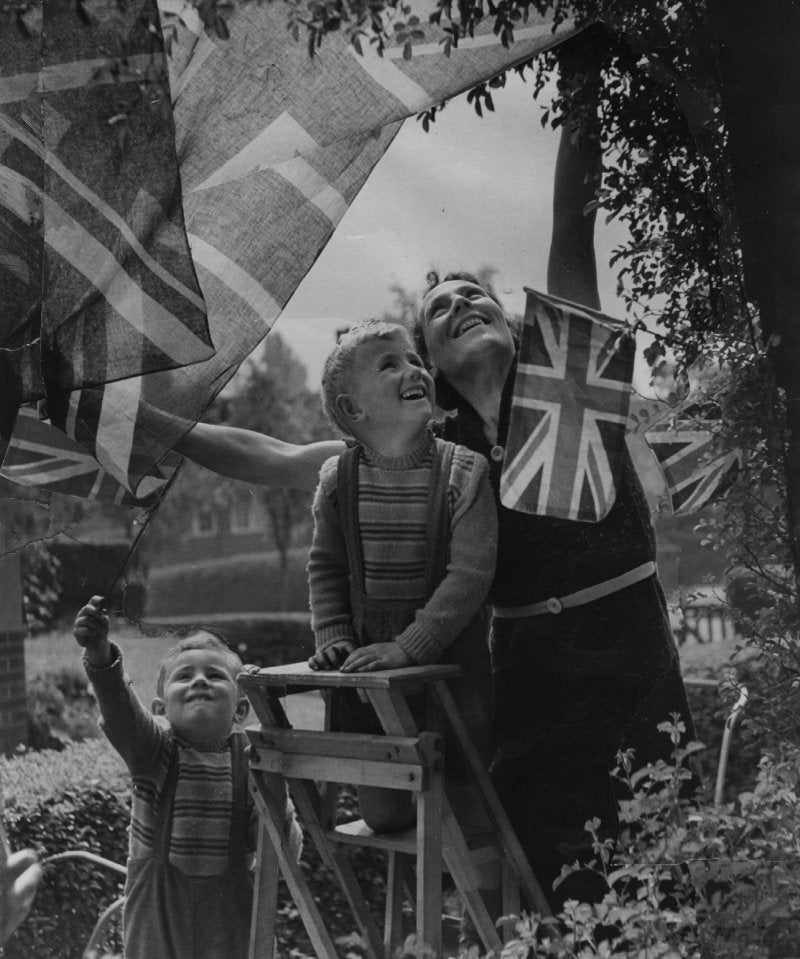 Children help to put up bunting and flags for the VE Day celebrations in London.  Photo by Picture Post 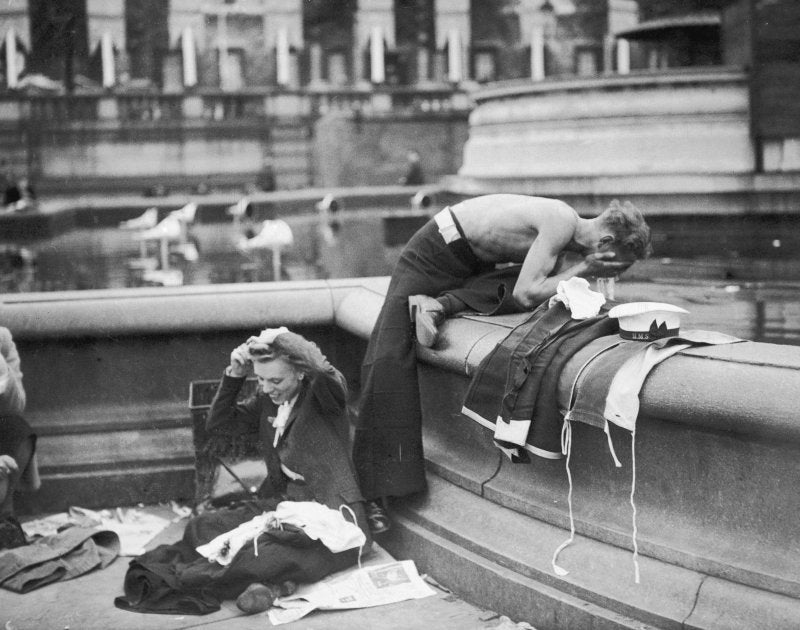 A young woman and a sailor appear to have slept out in Trafalgar Square in preparation for the VE Day celebrations. While she prepares her hair, he washes in the fountain, his uniform and flag crisply folded at his side.  Photo by Daily Mirror/Mirrorpix Women running on the street during the celebration of Victory in Europe Day, Paris, France.  Photo by Ralph Morse/The LIFE Picture Collection 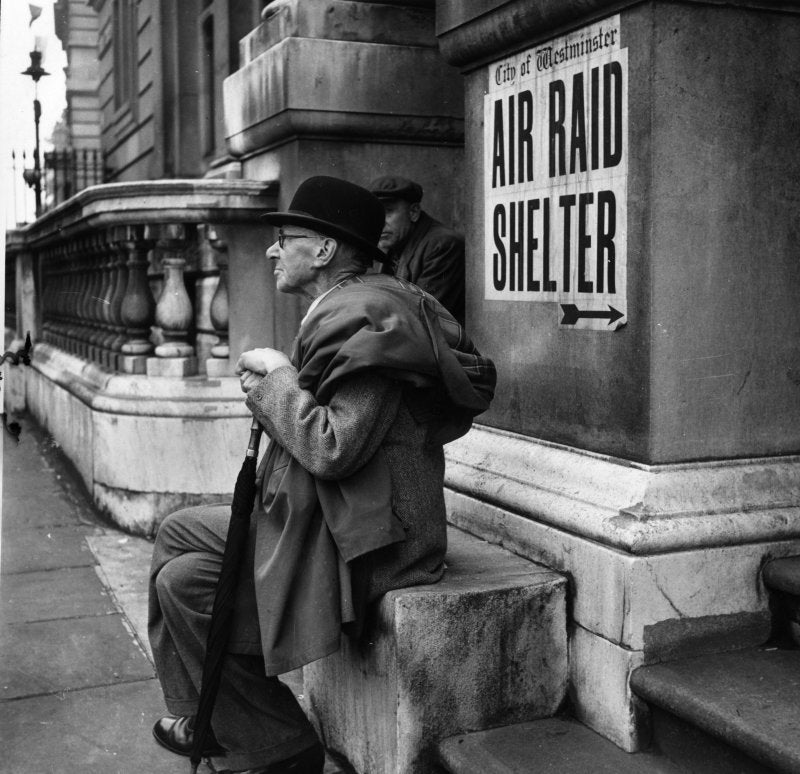 Men sitting beside a sign for an air raid shelter in Westminster, London on VE Day.  Photo by Jack Esten/Picture Post 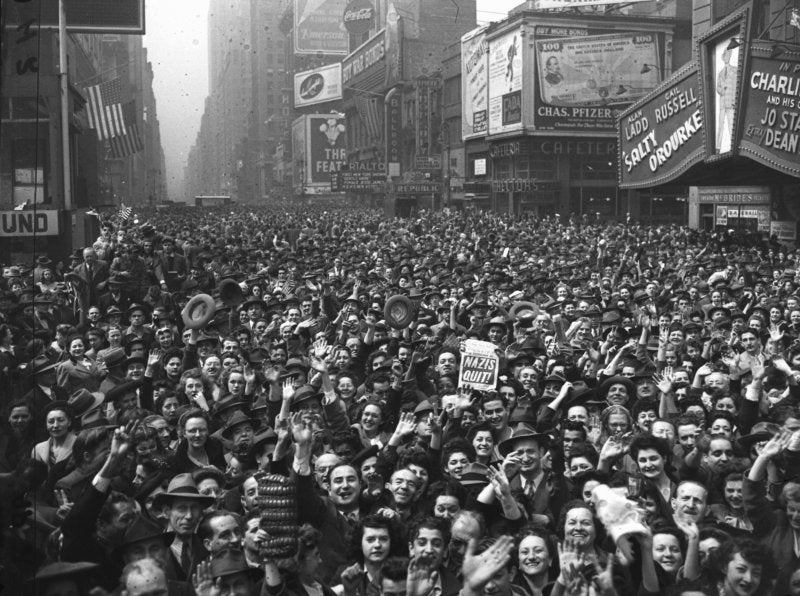 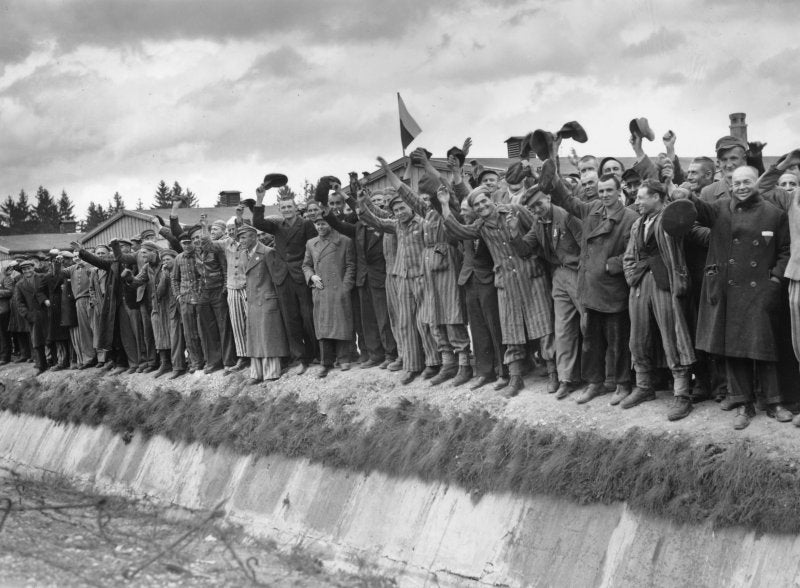 Liberated prisoners from Dachau, the German concentration camp wave in joy. Those wearing striped uniforms are political prisoners whose fate was cremation had they had not been freed.  Photo by Horace Abrahams/Keystone 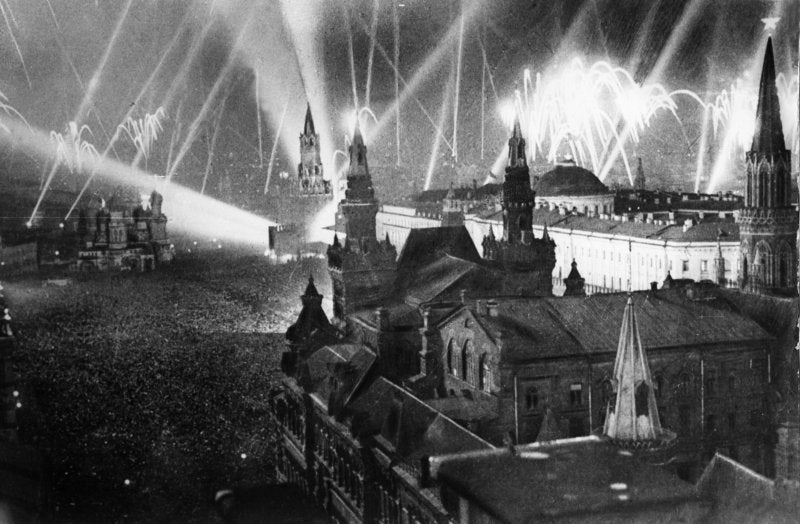 Fireworks over the Kremlin in Moscow during the huge VE celebrations.  Photo by Sovfoto/Universal Images Group via Getty Images 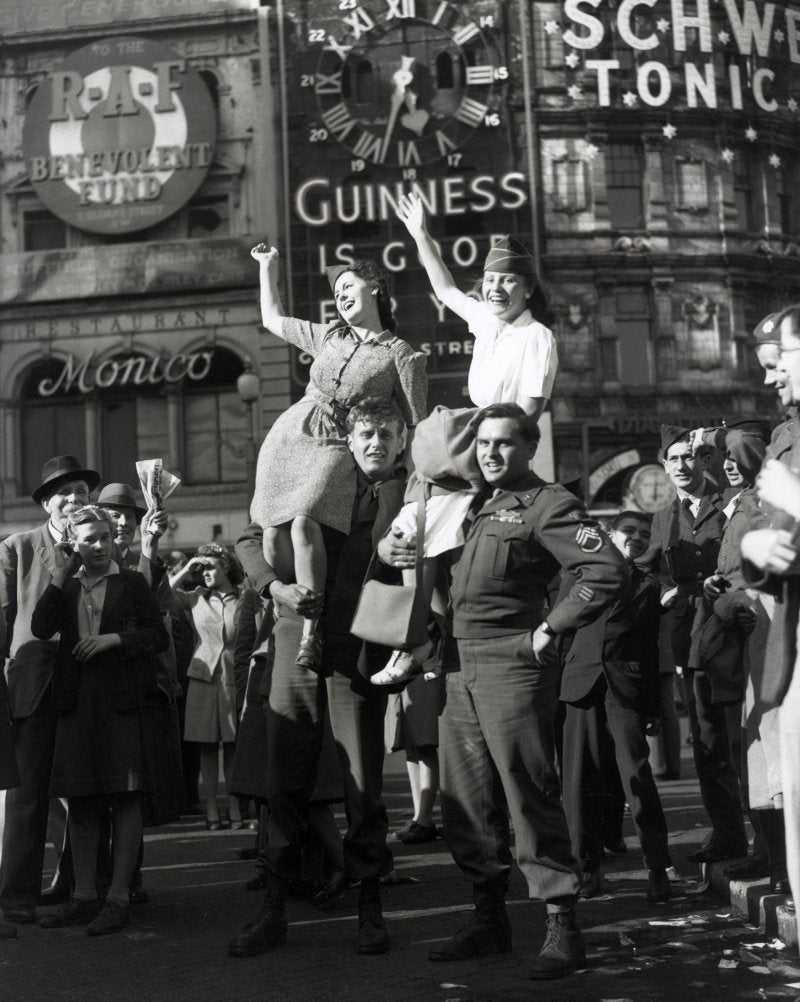 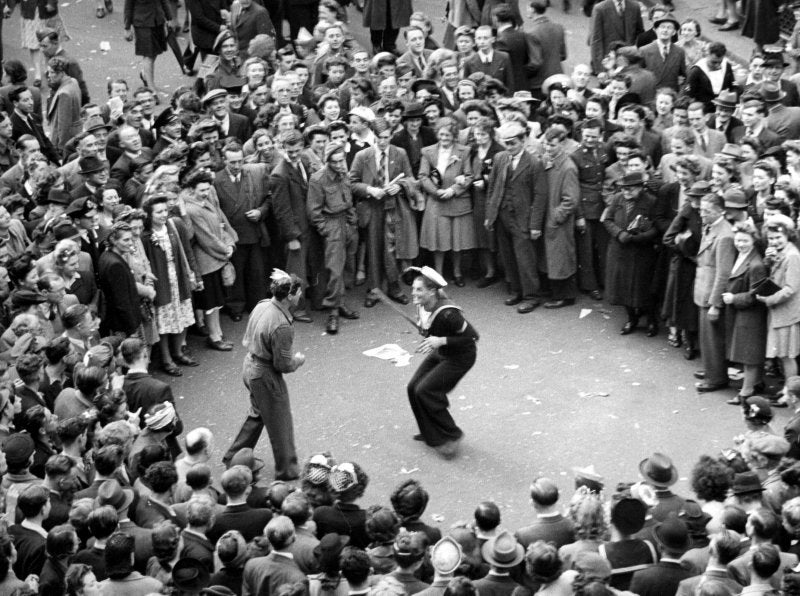 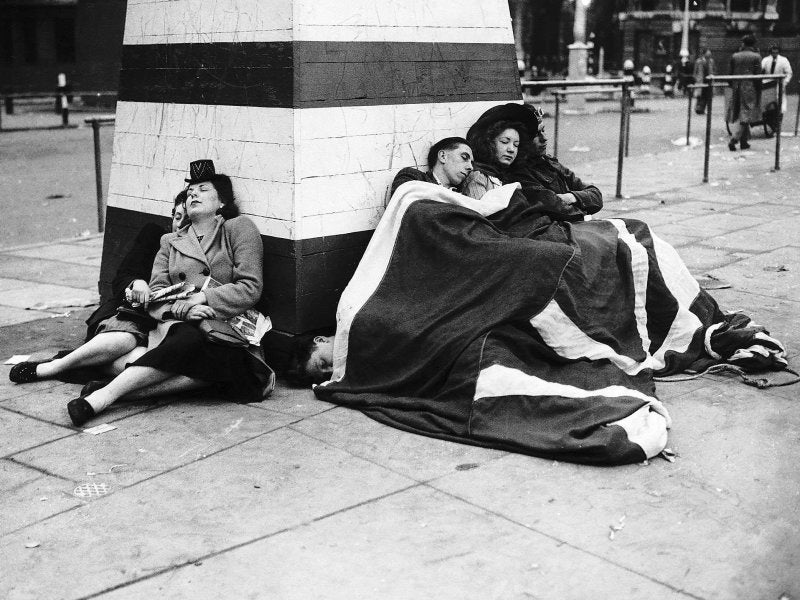 Londoners sleep through the early hours of the morning after a night of VE Day celebrations.  Photo by Trinity Mirror/Mirrorpix/Alamy