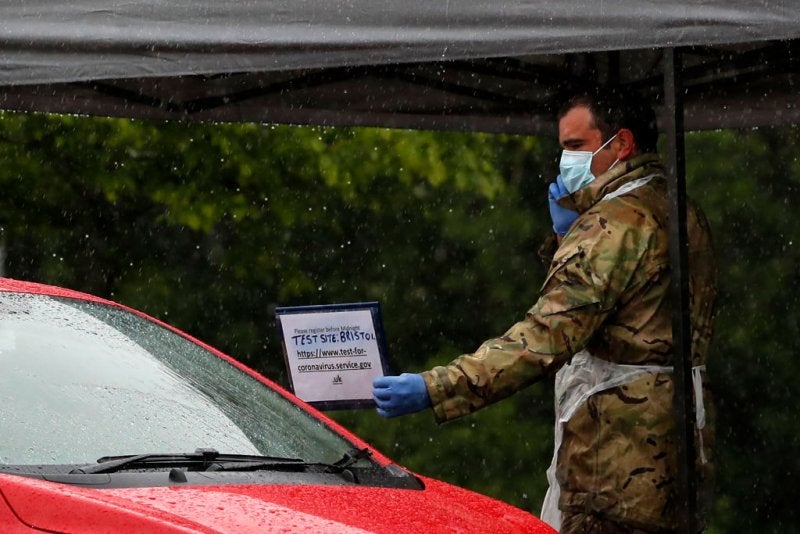 The government appears confident it will fulfil its pledge to test 100,000 people daily before the end of April – a target that previously appeared to be slipping away. Last night, Transport Secretary Grant Shapps said it was “likely” the government would hit the target, while Housing Secretary Robert Jenrick said: “I think we will have either met it or be very close.” In some respects, the actual figure is arbitrary – NHS Providers, which represents hospital trusts, called it a “red herring” this week – but the ramping up of testing numbers will be seen as a success story for the government. At last count, the UK had tested nearly 82,000 people, up from 52,000 the previous day. We await figures from yesterday, the last day of April.

Meanwhile, hospital bosses are in two minds about guidance from NHS England to treat black, Asian and minority ethnic staff as “potentially greater risk” and consider moving them out of frontline positions. Several analyses have shown people from ethnic minority backgrounds are at an increased risk of dying from Covid-19. Hospital officials, however, are worried that they do not have enough staff to reassign ethnic minority workers. “Hospital bosses are very worried about this very high death rate among BAME staff. But it’s not obvious exactly what we can do. If you have a high proportion of BAME workers, how do you provide normal care if a substantial number of them move away from their usual roles? It’s difficult,” one official told the Guardian.

Lastly, care homes could be the “epicentres of transmission back into society”, a senior NHS England director has warned. According to the Independent, Professor Keith Willett, NHS England’s senior incident director for coronavirus, told a private online briefing for NHS bosses that there had been a “shift in the recognition” of the extent to which coronavirus is spreading between patients and staff, and that care homes would be “feeding the endemic problem that we will have going forward.”

US: President Donald Trump claimed he was “confident” the coronavirus had originated in a lab in Wuhan based on evidence he’d seen, contradicting US security services, who yesterday claimed the virus was “not manmade or genetically modified”.

South Africa: South Africa has eased one of the world’s strictest lockdowns, which banned jogging, dog-walking, and alcohol sales. From today, some industries will begin to reopen, but masks and social distancing will remain mandatory. The country will implement an overnight curfew.

Malaysia: Businesses in Malaysia will be allowed to reopen on 4 May, except for those that usually involve large gatherings of employees.

Australia: Prime Minister Scott Morrison has indicated social distancing measures could be eased on 8 May, earlier than planned. The government was due to make a decision about lifting measures on 11 May, but Morrison said Australians had “earned an early mark”. Individual states and territories have already begun lifting some lockdown rules.

Singapore: Singapore has housed some of its migrant workers who have recovered from Covid-19 onboard two cruise ships. Migrant workers have been the group worst hit by the coronavirus within the nation.

Philippines: Provinces that have a lower number of coronavirus cases have begun easing lockdown measures today, amid fears that a lack of testing has masked the true scale of the crisis in the country.

“I’ve never been afraid for my own life before”: inside New York medics’ struggle against Covid-19

Death and mourning in the age of coronavirus