This article reports descriptions of physical and psychological abuse.

It has been five years since her abuser was arrested and left her home, but Jo* fears his return under the coronavirus lockdown measures.

The 52-year-old still lives with her three children in the same house in Manchester she shared with her former partner, who subjected her to a psychologically controlling and sexually violent relationship for nearly two decades. This involved tracking her car, secretly filming her at home, gaslighting, turning her family against her, convincing her she was “thick” and “talentless”, neglecting their children, and nightly sexual abuse.

“I really feel for the women out there who are still with their partners, locked down. If he was still here, it would have been utterly unbearable. At least I had some respite during the day when he was at work,” she recalls. “But to have him there all day, and be unable to go out, to talk to anybody… The women and children affected by these men, they are in their own little prison.

“If he comes back into the house and does something to me, I don’t know what I would do,” she tells the New Statesman over the phone, unsure whether she would call the police.

People across the country face the same nightmare, as coronavirus forces families to spend the majority of their time indoors. The number of calls to domestic abuse charities, and indeed perpetrator rehabilitation services, has risen – and survey data suggests the intensity of abuse has worsened.

Just over two million people in the UK are estimated to suffer some form of domestic abuse each year: 1.4 million women and 700,000 men. While social distancing led to a significant fall in most types of crime, data from London’s Metropolitan Police suggests that wasn’t true of domestic abuse.

In the six weeks up to 19 April, officers across London had made 4,093 arrests for domestic abuse offences – nearly 100 a day, on average – and domestic abuse calls to the police rose by around a third.

The number of recorded domestic abuse incidents have also shown a year-on-year rise: there were 17,275 between 9 March and 19 April: a 9 per cent increase on the same period in 2019.

Domestic abuse charity Refuge runs the national domestic abuse helpline, as well as a website through which victims can access support. It has seen a steep rise in calls and contacts over the lockdown period, and visits to its website have risen by 500 per cent.

This period has also confronted abusers with the consequences of their own damaging behaviour. Services providing help for perpetrators have seen an increase in referrals.

There was a 34 per cent increase in the number of calls received by the domestic abuse perpetrator charity Respect’s phoneline, from February to April this year, and a spokesperson tells the New Statesman that “call numbers for the month of May are looking higher than April”. Emails over the same period increased by 103 per cent, and website visits by 375 per cent.

Services are struggling to cope: a survey at the end of March by the domestic abuse charity SafeLives found 76 per cent of providers had reduced services, including face-to-face appointments, group work and court work. Just over a fifth (22 per cent) said they were not able to effectively support adult victims of abuse, and 42 per cent said they couldn’t support child victims.

The abuse figures recorded by police in the UK could also be the tip of a much larger iceberg. Italy, for example, has recorded a 44 per cent drop in domestic violence – but authorities warn that may be because victims have less freedom to call for help.

“Obviously with the lockdown, most clients can only call when it’s safe to do so, so if they’re still with their perpetrators it’s very difficult to get help,” says Ahlam Laabori, who runs a local community organisation for domestic abuse survivors called Bede House in Southwark, south London.

She and other agencies are anticipating a big rise in referrals after lockdown is completely lifted, as people are able to reach out for help, and seek to avoid being shut away again in a dangerous household during a second wave.

“When they open, schools are probably going to start finding a lot of the parents reaching out and saying: ‘I need help now,’” she says.

Sophie Linden, deputy mayor for Policing and Crime, says: “My message to those who feel unsafe and are suffering silently in their own homes, is that the Met Police is there for you If you are in danger and you need to phone 999, you should do so, and if you need help you can also call the national domestic abuse helpline who will be there to speak to you.”

Lockdown makes it harder for victims to reach out for help, in a system that already puts the onus on them to take action.

“What I have seen happen recently, in practice and policy, is a lot of pressure placed on victims of domestic abuse,” says Emily Alison, who has worked with domestic abuse for over two decades as a counsellor and behavioural consultant for charities, social workers and police forces.

Solutions to lockdown entrapment like “hotel rooms or increased refuge spots” and “encouraging them to report” put “pressure on the victim” that can be counterproductive, she warns, lamenting the media “run and rescue” narrative. This puts the burden on victims rather than perpetrators, for whom the message is simply, “‘kick the door in, and lock the bastard up’, and I just find that utterly prosaic and completely unhelpful”.

The domestic abuse charity SafeLives is running a campaign encouraging friends, family and neighbours to “reach in” if they suspect a loved one or someone close by is being abused.

“It’s hard to reach out for help from behind closed doors, so we need somebody outside to reach in,” says Naomi Donald, who is helping with the campaign after being abused in a ten-year relationship from the age of 13 to 23.

She cites an intervention from a stranger as “crucial in saving my life” during her ordeal. Her perpetrator kidnapped her from her mother’s doorstep one night, and began dragging her through alleyways to a canal, threatening to kill her and dump her body in the water.

Naomi shouted for help when a woman walked past. “Although she couldn’t do anything at the time because she was probably scared herself, she went to my mum’s house and let my family know what was happening to me,” she says. “My sister rang his phone and told him she knew what was happening, and he brought me back.

Perpetrators are also exploiting coronavirus restrictions to abuse their families.

“Whilst demand for the helpline has surged during lockdown, it is important to recognise that lockdown itself is not a cause of domestic abuse,” says Refuge chief executive Sandra Horley.

“Domestic abuse is all about power and control and happens all year round. During Covid-19, abuse may be exacerbated with perpetrators using isolation as a tool to abuse further.”

Indeed, Bede House in Southwark received a flurry of calls in the first three weeks of lockdown, as ex-partners began threatening to break child contact arrangements and restraining orders during the mayhem of lockdown.

“Perpetrators were saying: ‘I have to come to your home to see my children because the contact centre’s closed,’ or breaking non-molestation orders because they thought the police weren’t going to be able to respond accordingly,” says Laabori.

With a temporary pause in the official supervised contact required for her ex to see their children, Jo notes that this could be an excuse for him to return. “There are no restrictions on him at the moment; he could come over whenever he wanted and probably argue that I’m the supervising adult, and just turn up.”

Not only does lockdown potentially mean more abuse, it can also mean worse abuse for those already suffering.

A Women’s Aid survey at the end of April found that, of survivors currently experiencing abuse, 67 per cent said it had become worse since the pandemic began, while 72 per cent said their abuser had more control over their life.

This rings true for public speaker and former magazine editor Natasha Saunders, 31, whose abusive ex-husband would often quit his job to keep an eye on her. 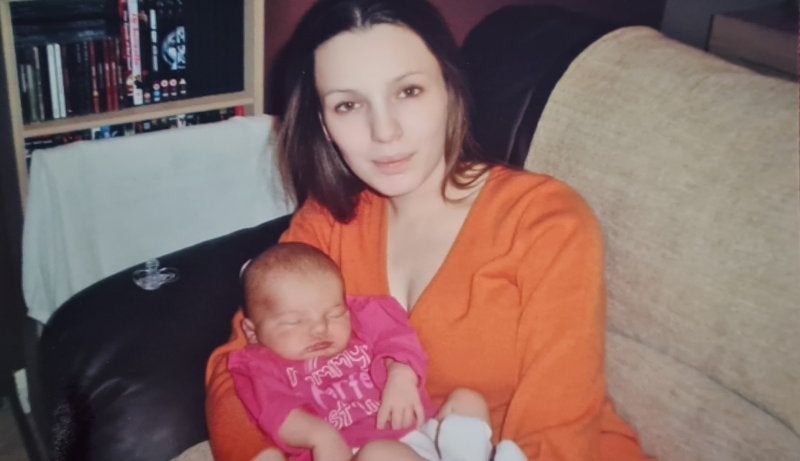 As well as stopping her from having a job and seeing friends and family, her abuser threatened, choked and raped her over a period of eight years. “He raped me the very night after my son was born, and ripped my stitches,” she recalls. “I couldn’t go to anybody to help, it was dehumanising.

“We’ve all got this Jack the Ripper, dragged-down-an-alleyway idea of rape. Actually it’s quite difficult to be raped in your home, go downstairs in the morning, and for your attacker not to even acknowledge what they’ve done to you. You’re just a piece of meat.”

Natasha describes her life during that time as a “literal lockdown”.

“If people’s abusive partners are furloughed and at home with them, it’s going to make a huge difference – you’ve got somebody watching you all the time,” she says. “People need to understand there are organisations which can support them: Refuge saved my life and its helpline number should be in everyone’s consciousness.”

Domestic abuse services – like a lot of elements of the UK’s pandemic response – did not start from a strong place after ten years of austerity.

Provision was stretched before the pandemic: 64 per cent of people referred to refuge services were turned away last year, according to Women’s Aid, and the number of refuge bed spaces in England was 30 per cent below the number recommended by the Council of Europe.

There also weren’t enough professionally qualified, specialist domestic abuse workers who support high-risk victims of domestic abuse. Statistics from charity SafeLives show that the number of full-time equivalent independent domestic violence advisors (IDVAs) stood at 833 in 2019 – only three quarters of the number required to support all victims and survivors at high risk of serious harm or murder across England and Wales.

On the one hand, reported incidents were rising: the number of domestic abuse crimes recorded by police reached 746,219 in March 2019, up from 599,549 the year before. On the other, cuts to funds from central government over the last decade meant local authorities had to reassess how they paid for services.

Figures from 178 local councils show that 65 per cent of them cut funding in real terms for refuges between 2010 and 2018, while a separate study by the Bureau Local (of the Bureau of Investigative Journalism) found council funding for refuges across England had dropped from £31.2m in 2010/11 to just £23.9m in 2016/17.