More than 27 million severely obese people across nine countries are at increased risk of Covid-19, according to analysts at GlobalData.

People with severe obesity, defined as having a body mass index (BMI) of 40 or higher, are now considered to be at risk for developing serious Covid-19 outcomes, according to the US Centers for Disease Control and Prevention. Countries with a high proportion of obese patients might therefore experience more strain on their healthcare systems.

Epidemiologists at leading data and analytics company GlobalData estimate that 27 million individuals across nine major countries are severely obese, which corresponds to 1.5 per cent of their total population.

Katie Wrenn, associate epidemiologist at GlobalData, said: “Studies from previous viral pandemics, such as the swine flu outbreak in 2009, reported severe obesity as an independent risk factor for increased mortality with infection. Data from previous viral pandemics, combined with new emerging data on Covid-19, indicates the importance of including severe obesity in risk group calculations.”

The US has the highest proportion of individuals who are severely obese in the nine countries, with a total prevalence of approximately 8 per cent, the analysts found. The UK has the second highest proportion, around 2.5 per cent.

China did not report severe obesity as a risk factor for Covid-19, but this could be due to the country having low levels of severe obesity compared to some Western countries, Wrenn said. 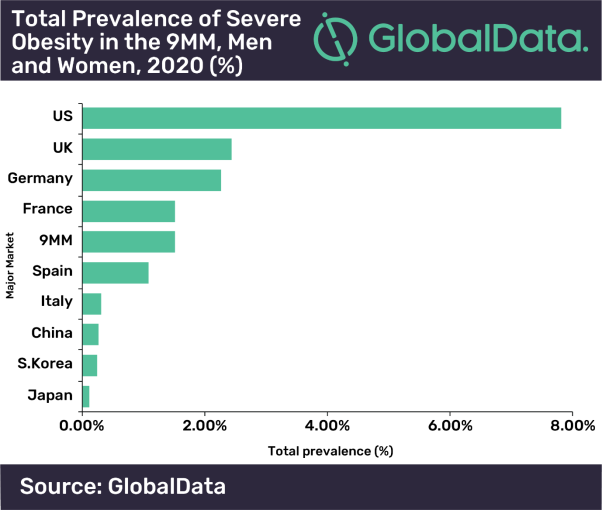