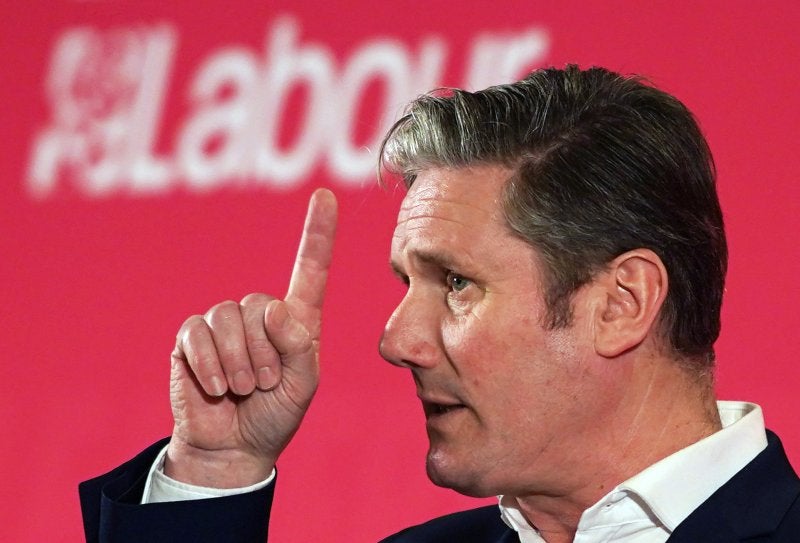 First, on the confusion over the UK’s participation in an EU procurement scheme for medical supplies, including ventilators and personal protective equipment (PPE). Initially, the government said it had missed out on the early rounds of the scheme because of a communication mix-up, but yesterday, the foreign office’s top civil servant, Simon McDonald, said ministers were briefed on the procurement plan and had deliberately decided not to take part. He was quickly rebutted by Health Secretary Matt Hancock, who said there had been no “political decision”, and that the UK was now part of the programme. McDonald promptly retracted his remarks, claiming a “misunderstanding”. Questions remain over why the UK wasn’t involved in the initial rounds of procurement and to what extent it is now involved with the scheme.

Second, on coronavirus testing. Last night a leaked Public Health England (PHE) document, seen by the Telegraph, said that thousands of tests used to determine whether NHS staff could return to work were found to be unreliable. The test had produced “discordant results”, PHE said. It raised the prospect that some NHS staff had returned to work with the virus after receiving a false negative result. Helen Whately, the care minister, said this morning that some NHS workers had been written to so they could be re-tested.

Third, on PPE. As hospitals and social care organisations said they were running out of vital equipment, several medical suppliers claimed the government had ignored their orders to supply millions of face masks. Hancock said last night that the government had been inundated with offers of help, and that it was communicating with 159 potential UK suppliers to ensure PPE stocks didn’t run out. If you want to know just how bad the situation is, look to the comments of the Welsh health minister yesterday, who painted the fact that Wales has a “few days” of PPE supply left as a positive thing, warning against being “complacent or blasé”.

Meanwhile, a shipment of 84 tonnes of PPE appears to have finally arrived in the UK. It was initially due to arrive on Sunday.

US: President Donald Trump backed away from his announcement to suspend all immigration to the US after business groups warned they would lose foreign labor. He will instead stop issuing most green cards, which will reduce immigration. Meanwhile, the State of Missouri has filed a lawsuit against the Chinese government, claiming the country’s response to coronavirus led to the global pandemic.

Iraq: Iraq is resisting pressure from Iran to reopen the border between the nations. The border closed five weeks ago to slow the spread of coronavirus.

Netherlands: The Dutch government has cancelled all festivals and shows until at least 1 September.

Myanmar: Sixteen humanitarian groups have called for a cease-fire between the military and rebel forces after a World Health Organization driver was shot and killed while transporting test samples of coronavirus.

South Africa: President Cyril Ramaphosa has announced a $26bn funding package to support the economy and the nation’s most vulnerable during the pandemic. The fund is around 10 per cent of the country’s GDP.

Italy: Prime Minister Giuseppe Conte said plans for easing coronavirus restrictions would be revealed before the end of the week. The number of people currently infected with the virus fell by 528 yesterday, to 107,709.

Germany: The number of new cases rose for the second consecutive day following the country’s easing of coronavirus measures.

Spain: The government will begin to ease coronavirus lockdown measures in the second half of May, Prime Minister Pedro Sánchez has announced. Restrictions will be lifted gradually, he said.

Boris Johnson’s government is paying for its dangerous arrogance

Why we need “informational distancing” during the coronavirus crisis