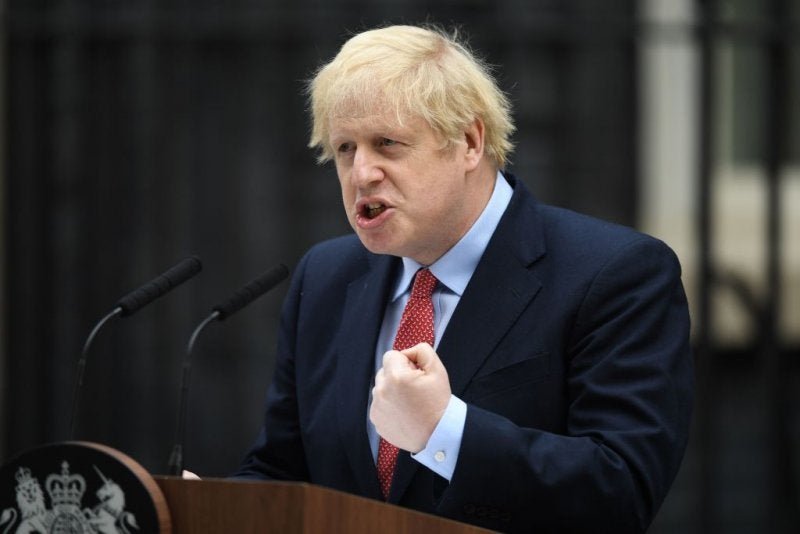 Prime Minister Boris Johnson will lay out a plan for exiting lockdown next week, he said this afternoon, and the government is set to recommend people wear face coverings in public.

Wearing masks or face coverings will not only be “useful” for stopping the spread of the virus – it will also “give people confidence they can go back to work”, Johnson said at this afternoon’s Downing Street coronavirus briefing. Advice on masks will be a small part of a “comprehensive plan” for leaving lockdown to be published next week. The document will lay out how the UK intends to restart the economy, make workplaces and public transport safer, and get children back to schools.

Throughout the press conference, Johnson struck a balance between what he called the “urgent” need to begin to come out of lockdown with the “vital” need to suppress the disease and prevent a second peak. Next week’s plan, which he said would be a “roadmap” and a “menu of options” for exiting lockdown, will outline how the government can do both. The exact date and times of easing measures would be led by data and science, he said.

He also stressed the need for “maximum political consensus” on the plan, and hinted that the UK would come up with “ingenious ways” of suppressing the virus while easing lockdown (although the didn’t specify what these measures might be).

Johnson, declaring that the UK was past the peak of the virus, said the UK’s response to the pandemic had so far been a “success” because it had “avoided the tragedy that engulfed other parts of the world”. However, when it was suggested the UK had fared worse than many other countries (the UK has the third-highest death toll in the world), he said comparing stats between nations was “bedevilled with difficulty”, and that accurate comparisons could only happen later in the pandemic, when all-cause mortality was taken into account.

Lastly, Johnson also announced a huge leap in the number of daily coronavirus tests. More than 81,000 people were tested in 24 hours by the latest count, he said, up from around 52,000 the previous day. The government’s pledge to test 100,000 people a day by the end of the month may well be in sight.