“Time is short and history will not forgive a failure to act now.” These were the words with which Labour leader Keir Starmer demanded more climate action from the government last August. So it is somewhat surprising that, on 11 April 2022, his party railed against climate protesters for doing the same thing.

“Drivers are being hammered by rising petrol prices and now millions of motorists can’t access fuel. The government must stop standing idly by and immediately impose injunctions,” the same Keir Starmer tweeted in response to Just Stop Oil protesters’ blockade of 11 fuel depots in southern England.

More than surprising, though, opposing peaceful protest is a dangerous tactic for the Labour Party: one that risks making activism the target of public wrath over rising bills, rather than the Conservative government’s own atrocious energy strategy. Just last week it failed in its energy security strategy to provide support for improving energy efficiency (widely considered to be the fastest, securest and cleanest way to bring down both prices and emissions). It also announced an expansion of domestic oil and gas, which goes against the warnings of both its own climate advisory body and the International Energy Agency.

It shouldn’t be down to protesters to call out this madness. But since they feel pushed to do so, the intervention by Just Stop Oil (an offshoot of Extinction Rebellion) is not an unreasonable one. The oil industry is a relevant corporate target of their demand for an end to all new oil exploration – and public disruption is relatively contained. Their demands are right, and the government should listen. 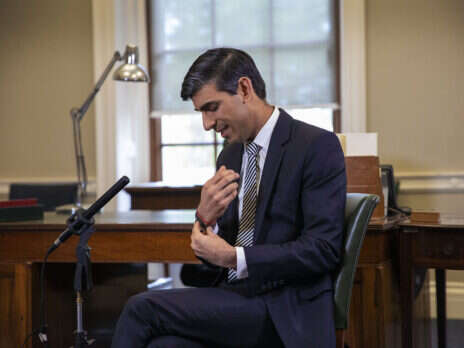 Sorry, but voters don’t care about Rishi Sunak’s net worth

Furthermore, the protesters are peacefully exercising their rights at a time when democratic freedoms are under threat. Thousands have been arrested in recent years for taking part in climate-linked non-violent civil disobedience, and the government’s proposed Policing Bill seems bent on deterring and criminalising acts of climate protest.

As many commentators (not least the climate sceptic Nigel Farage) have already speculated, by seizing the opportunity to look tough on law and order, Labour is perhaps hoping it can win over floating voters at next month’s local elections and attract more of the public to its wider climate aims. But the climate emergency and the global threat to democratic rights are too important for electoral triangulation – which is where I disagree with my colleague Philippa Nuttall, who has argued that Labour’s call for an injunction is a longer-term political necessity for the green cause. As Starmer himself has noted, history will not forgive a failure to act.

[See also, Philippa Nuttall’s counter argument: Labour’s crackdown on climate protesters is a political necessity for the green cause]