Wales will return to a nationwide lockdown for two weeks from Friday 23 October, the First Minister Mark Drakeford has announced. The measure is, in part, a wholly sensible economic decision. Under the terms of Rishi Sunak’s financial support measures, devolved governments are significantly better off shutting down businesses than trying to help them find ways to stay open. A shut business is eligible for the furlough scheme, albeit at a less generous rate than previously, as well as a variety of grants and loans that are only available to businesses compelled to shut by government action.

That means that even though it looks as if Covid-19 cases in Wales are beginning to plateau, perhaps partly because the majority of the country has been in a fresh lockdown since the end of September, there is a policy dividend to be had by going for a full lockdown. The alternative would be to maintain partial restrictions on trade, similar to England’s tier two restrictions, which place considerable limits on the ability of businesses to operate, but without meaningful financial support. The policy choice between persisting with Wales’s current level of lockdown, with no economic support, or a mild tightening of restrictions, to secure a greater level of support, is a no-brainer.

Added to that, it is politically advantageous for Drakeford to align himself with his Labour counterpart, Keir Starmer, on this issue. It avoids difficult and distracting questions about differences between him and Starmer when Drakeford will want to draw a distinction between his own approach – the majority of Welsh people have been under a heavier lockdown than those in England and Wales has a lower excess death rate than England – and that of Boris Johnson, rather than discussing intra-Labour issues. 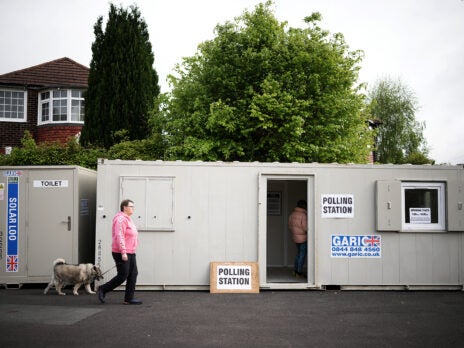 The decision is harder for Nicola Sturgeon because the circuit-break lockdown is Labour’s big policy offer on coronavirus, and moving towards it means bolstering a political rival. However, because Labour is the third party in Scotland, hers is also less fraught than Johnson’s in England, where Labour is the main opposition.

Thanks to Sunak’s decision to restrict financial support to closed businesses only, the politics and economics align perfectly for Drakeford: he is allying himself with Starmer on the politics, and securing the most generous financial support for Welsh firms. Team Starmer will see it as a sign it is winning the argument over how to tackle Covid-19 – but the bigger force here is the decision-making of the Chancellor.