Harry Gorman is a 20-year-old student at the University of Chester. Two years ago, the day after finishing an A-level exam, he was told by the local Green Party that he was going to be their council candidate for Prenton, Birkenhead, on the Wirral peninsula.

On 6 May he’ll be standing for a seat that Labour won with 60 per cent of the vote the last time it was up for election in 2016.

Gorman is not the first student to stand for election, but those who enter politics early usually don’t expect much success. Gorman, however, is optimistic. While his “youth and inexperience”, as Ronald Reagan once put it, might be seen as an Achilles heel, he believes that in an arena of ageing local politics his youth might actually prove a benefit.

“Most councillors are pretty old,” he said. “I think that works to my favour. Some people I’ve met when campaigning say to me it makes a nice change for a candidate to be young.”

Gorman’s chances of winning look better than you might expect. From 2003 (when the current boundaries were introduced) until 2010, the ward trended Liberal Democrat. In the past decade it has shifted to become a safe Labour seat. But in 2019, amid the parliamentary chaos of Brexit and a surge in support for the smaller parties, a Green candidate won one of its three local council seats on a significant swing. That swing is something Gorman hopes to repeat in 2021.

Subscribe to Morning Call View all newsletters
The quick and essential guide to domestic and global politics from the New Statesman's politics team.
THANK YOU
Prenton’s local politics have trended away from Labour in recent years
Prenton ward (Wirral) local election results by year

On paper, Prenton is not your typical Green ward. Like much of Birkenhead, it has many red-brick terraces and hosts more skilled traders than the national average. The neighbouring ward of Birkenhead and Tranmere, which also voted Green in 2019 is as stereotypically “left behind” as Britain’s Leave-voting heartlands. It’s an area much less affluent than the nation as a whole, with above-average levels of long-term unemployment and deprivation, and a low-skilled workforce.

And yet in the May 2019 local elections, these two wards elected Green councillors. In the 2014 local elections, one in five of those that voted in Prenton had plumped for UKIP. What’s driving voters in working-class, red-brick England – the England frequently touted as fertile ground for Boris Johnson’s Tory party – to the Greens, of all parties?

There were two Green gains from Labour in the Wirral in 2019
Wirral local election results, 2019

Some may point towards the national situation, and in particular Labour’s supposed departure from left-wing politics, leaving a gap for insurgents from the left. That position is hard to square with the fact that the Greens’ big breakthrough in the area came when Jeremy Corbyn was Labour leader. Labour’s prevarication over Brexit is sometimes cited, too; but for Gorman, rising support for his party is not necessarily a consequence of national issues, but an intense feeling of local dissatisfaction.

“The Labour councillors here only come out at election time,” he said. “They spend more time and energy on their internal fights, having it out over who stands where and who should campaign where, than [on] being campaigners for the people.”

The Green Party’s method of campaigning – sending out surveys, collecting responses and proceeding to knock up sympathetic and potential supporters all year round – is, Gorman believes, very different from the Labour campaign.

“It feels like they’ve given up,” he said. “We’ve been here all year round. I’ve been knocking up this ward for the best part of two years, and Labour meanwhile has put out, I think, just one leaflet.”

Is a visible presence on the doorstep what puts the Green Party in contention?

Gorman certainly thinks so. Labour has little to say that’s local, he claims: what leaflets he can find make more mention of the national issues. For example, the proposed housing developments nearby (a point of contention among locals) receive little attention from Labour – though that, suggests Gorman, might be because it’s Labour which is proposing them.

This lackadaisical attitude from Labour is, said Gorman, a product of an ineffective opposition.

“But internally, with the factional infighting, Wirral Labour does seem to be having a miserable time right now,” he said. 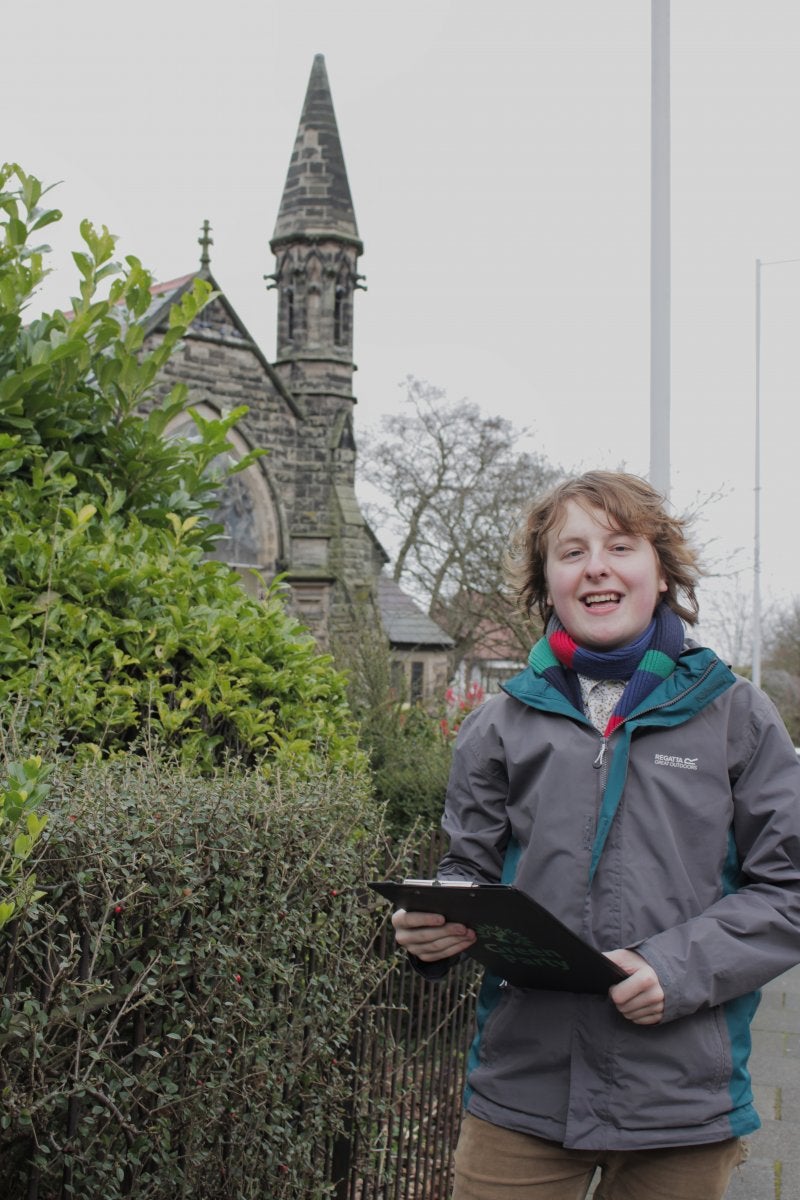 Most politicos would put the Greens well to the left of the current Labour party – something Green leaders tend to play up in national debates. But in the local arena, such a distinction doesn’t seem to matter to the campaigners – or, indeed, to voters – quite so much. That even applies to Tory voters.

“That deep-seated resentment of Labour among Tory supporters is good for us,” said Gorman. “They look between us and Labour, and decide we’re the better option.

“To a lot of people green politics isn’t left-wing or right-wing. There are as many environmentally conscious Conservative voters as there are other voters.”

Capitalising on dissatisfaction with how major parties treat local politics is not new. In a 2017 council by-election, the Liberal Democrats scored a shock win in gaining the most pro-Leave ward in Sunderland, Sandhill. The result surprised many on social media, leading to a great hand-wringing about Leave voters coming to their senses. But on the ground, campaigners told me the issue wasn’t Brexit, or any national issue; it was local.

Gorman gives the impression that the Greens, like the Lib Dems, have successfully sold themselves as an outlet for disaffected voters: for those not motivated by national policy but by politicians willing to be relevant locally, to challenge the local establishment, be it Conservative councils in Suffolk – where the Greens also scored surprise gains in 2019 – or Labour councillors on the Wirral.

In some local elections, traditional left-right divides appear to disappear.

In Prenton, Gorman’s campaign – positioned as a local one, despite him not living in the ward – seems to be gaining traction. He won’t be drawn on whether he’ll win, but his tone, frequented by a dry humour and a spot of self-deprecation, betrays calm confidence.

“If I do win, I think I might be the first councillor elected to still share a bedroom with his brother,” he said.