My time as a high school sixth-former overlapped with the brief, but highly influential ascent of Atomic Kitten. Freed from the burden of our school uniforms, my friends and I created our own look directly inspired by band members Natasha Hamilton, Liz McClarnon and Jenny Frost. We wore pointy shoes, chunky belts, low-slung slightly flared jeans, and 3/4 sleeved tops (the belt, the shoes and the top would always colour match). We also regularly used sunbeds and/or fake tan, ironed our hair, doused ourselves in Ralph Lauren or Issey Miyake perfume and wore full makeup to school.

In the grand scheme of things, we were relatively inoffensive. That said, we did obsess over clothes and appearances, frequently turned up to our psychology class hungover, and found our insistence on scheduling “nights out” into our revision timetables didn’t go down particularly well with the head of year. Unsurprisingly (and perhaps justifiably), many of our peers disliked us. Graffiti in the girls’ toilets labelled my friends and I “The Bitches of Eastwick”.

Memories of this time came to the fore recently when I read an accusation levelled at Jane Wenham, one of the last women in England to be convicted of witchcraft. Convinced that she had been using sorcery to kill livestock and bewitch servants, Wenham’s male accuser described her as “a witch and a bitch”. In doing so, he bound together two words that are loaded with centuries of stigma and fear. They are words designed to ostracise, silence and dehumanise. They speak to a fear that women may not fully endorse the prescribed roles they have in society. And they hint at a malevolent female power bubbling under the surface, just waiting for the right moment to jump out and corrupt the men folk.

From Circe and Morgan La Fey to Shakespeare’s Three Witches and Roald Dahl’s Eva Ernst – when it comes to popular culture, witches are nothing new. Indeed, belief in magic, the occult and the supernatural has been a universal part of the global human story. As the historian Dr Suzannah Lipscomb has noted “Witches are everywhere. In fairytales, fantasy and satire, they appear time and again as a versatile synonym for evil and transgression.” We find them in horror films, in novels, in theology, and even in TV sitcoms. Indeed, the way in which witches are represented, embraced and/or weaponised from one generation to the next can reveal a lot about the society in which they are created. 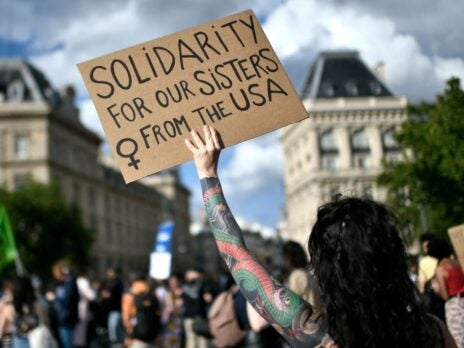 Looking at Hollywood in particular, it is the female witch that has dominated. Just to pull out a few examples, in the 1930s, we find witches coveting the beauty and youth of younger women (The Wizard of Oz, Snow White). In 1960s and 1970s, we have cheerful and wholesome heroines such as Eglantine Price (Bedknobs and Broomsticks) and Elizabeth Montgomery (Bewitched) juxtaposed with chilling figures such as Minnie Castavet in Rosemary’s Baby. The 1980s gave us stars such as Lisa Bonet (Angel Heart) and Susan Sarandon, Michelle Pfeiffer and Cher (The Witches of Eastwick) being overshadowed by the devil characters of Robert de Niro and Jack Nicholson. In the 1990s, Practical Magic and The Craft showed us how witchcraft could represent subversive female power – “Now is the time. This is the hour. Ours is the magic. Ours is the power.”

The Craft was particularly influential for my generation. It was born out of the same culture that brought us female-fronted bands such as No Doubt, Skunk Anansie and Garbage and can be seen in opposition to (the admittedly far wittier)  Clueless. It is dark, unafraid to make the viewer uncomfortable, and triggered thousands of attempted levitations (“light as a feather, stiff as a board”). Since then, Hollywood witches have been seen in the Harry Potter franchise, Stardust, Drag Me To Hell, Pirates of the Carribean, Charmed and American Horror Story, to name just a few.

The most recent Hollywood incarnations come from Netflix’s The Chilling Adventures of Sabrina and Sky’s A Discovery of Witches. The former taps heavily into early modern witchcraft lore – a period from roughly 1500 to 1750 that saw a tightening of witchcraft laws and the persecution and execution of thousands of people for witchcraft. In Sabrina, we see the witches explicitly in league with the Devil, they have familiars, they are morally questionable, they inflict pain on those who slight them, and they belong to a wider band of magic practitioners. A Discovery of Witches, while packed with history, follows a slightly different path – the central character is older, she is not aware of her full powers, she is part of a hierarchical fantasy world of demons and vampires and has a day job as an academic at a prestigious university.

Even in 2018, the representation of the witch in popular culture does not come without issues. The classic witch trope, for example, relies upon a link to the devil who is almost always presented as a male patriarchal figure (The Chilling Adventures of Sabrina does in fact challenge this). In addition, there are real issues about representation (outlined by critic Angelica Jade Bastién just last year). What’s more, when looking to the pop culture witch, we too easily ignore contemporary real-life cases of adults and children being vilified, physically harmed and ostracised because of beliefs in the occult (I’m not talking about throwaway high school remarks here, but brutal violence and neglect).

So yes, with Halloween upon us, let’s embrace the figure of the witch. It can represent unbridled power. But in doing so let’s also recognise that we’re still a long way from shaking off the entrenched stigma associated with the label.