In Episode 2 of HBO’s Divorce, Thomas Haden Church’s cuckolded husband Robert visits his friend Nick in hospital. Nick has had a heart attack following a violent row with his wife Diane.

“Seems like it’s open season on men around here,” notes Robert, before adding that it must be “hell” for Nick to be lying there, “can’t speak, clucking hens all around you.”  In case Robert’s anger at womankind has not yet been made clear enough, he then tells his own wife’s friend to “get the fuck away from me you old harpy.” As far as Robert is concerned, women are the enemy.

One could say he has good reason to be mistrustful. He has just found out that his wife, Frances, has been having an affair with a granola-making academic. Having changed the locks on their home, he asks Frances whether she ever slept with both her lover and him on the same day: “Because officially that would mean you were gang banged.” He tells Frances that he is going to make her miserable: “And more to the point I’m going to make our children hate you.”

Divorce is written by Sharon Horgan and executive produced by Sarah Jessica Parker, who also plays Frances. It would be difficult – and unfair – to argue that this is a dramedy in which female perspectives on relationships have been sidelined. Even so there’s something about Robert’s embrace of misogyny, almost as a form of liberation following years of repression, I find deeply discomforting. It’s not unfamiliar territory in TV shows or films relating to the topic of separation, but still it leaves me, as a viewer, on edge. 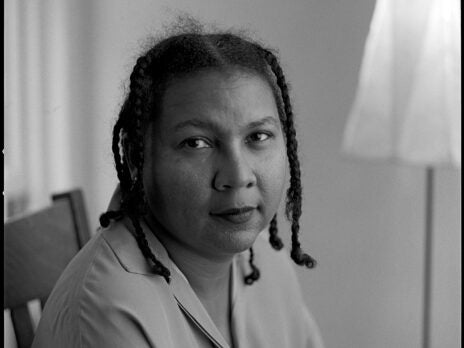 I grew up with an awareness of late 20th-century films – Kramer versus Kramer, The War of the Roses, Mrs Doubtfire – in which the divorce of a heterosexual couple was presented as, at best, a war between two equally matched opponents, and at worst as the cruel victimisation of a hapless man by a vindictive woman. More recently my children watched 2006’s Night at the Museum, in which Ben Stiller plays the poor divorced man whose mean ex-wife can’t see that he’s doing his best for their son.

Whether it’s intentional or not, I can’t help getting the feeling that all too often stories of heterosexual divorce are being used to present a counter-narrative to feminism. In Divorceland there’s no such thing as structural oppression. On the contrary, perhaps men are finally showing themselves to be the real victims of the so-called gender wars while women have too many rights.

In many ways this isn’t surprising. Marriage has traditionally been a means by which men appropriate female domestic and reproductive labour — divorce has become a means by which women can withdraw it (a recent US study showed almost 70 per cent of divorces are initiated by women). While studies suggest that marriage is more beneficial for men than for women, the reverse is true for divorce. Divorce and child custody laws have thus been the central political focus of the men’s rights movement. While women fight for basic bodily autonomy, men scale buildings dressed as Batman, railing against the injustice of women and children being treated as anything other than the spoils of their own personal battles.

Feminism has meant that men’s assumed rights both within and after marriage have eroded. A couple’s children are no longer presumed to be the husband’s property and marital rape has been illegal in the UK since 1991 and throughout the US since 1993. Still, the assumptions of what marriage should mean for a straight man remain deeply ingrained. In her essay In Praise of the Threat: What Marriage Equality Really Means, Rebecca Solnit suggests that same-sex marriage will help straight women by transforming “a hierarchical relationship into an egalitarian one.” I am less convinced. I think it will take more than an awareness of the incoherence and illogicality of their demands to stop straight men subconsciously expecting submission from their wives and partners.

In Horgan’s script Frances is, ostensibly, the baddie due to her affair. Robert even makes this role reversal — and his own feminisation — explicit by telling her “you’re the villain here […] you’re Jesse James and I’m Sandra Bullock.” Perhaps there’s no means of capturing and conveying the gendered context of a relationship that has spanned many years. Does an affair erase a million daily assumptions regarding work, childcare and emotional caretaking? How much does the “henpecked” husband still benefit from his public status within a gender hierarchy? How much can a woman do before millennia of dehumanisation become an irrelevance?

At one point Frances and Robert try counselling. In the waiting room Frances encounters a woman with a black eye, with the suggestion that this is from her male partner. Is this a nod to the broader power imbalance between men and women? Or a reinforcement of the idea that Frances is self-indulgent and never realised how lucky she was to be with a man who did not hit her?

Women are not natural victims. There is no reason why, in fiction as in life, they cannot be the person who does most harm within a relationship. Yet I wonder about the way in which our understanding of “fairness” feeds into assumptions of when and where it is acceptable to pretend social hierarchies no longer exist. Frances’s friend tells her Robert is “a monster”: “You need to destroy him before he destroys you.” This may be a darkly humorous comment on exaggerated emotions, but it’s one that pushes the viewer into a corner where sympathy for Frances starts to feel like a form of extremism. We need to tread more carefully than that. There is a real battle of the sexes, with real blood and real deaths. The stories we tell each other matter.