Hey girls, we’re all the same, aren’t we? At least, that’s what they’d like us to think. We are living through an unprecedented time of narrative richness, when people from an enormous range of backgrounds, including women and people of colour, are finally beginning to share stories about their lives across boundaries of class and distance in numbers too big to ignore. But you wouldn’t know it from the mainstream press, which still reserves a very few places for female creators, who are expected to represent all womenkind, then excoriated when they inevitably fail to do so.

Take, for instance, the three-year storm of publicity around the HBO show Girls, which follows the lives of four young white girls living in Brooklyn. I am often asked if I relate to Girls. Well. I’m a white, middle class media professional in my mid-twenties living and dating in a major western metropolis. Of course I relate to Girls, and I think it’s smart and funny and fun, although there are still bits that don’t speak to me at all. What’s more important is whether or not any piece of art to which some women relate – particularly women from a certain privileged demographic – can be considered definitive.

The vivisection of Girls, and of its creator, Lena Dunam, has become a cultural project involving hundreds of writers, critics, blogs and TV pundits worldwide. Alongside serious issues of race and representation, there have been articles obsessing over whether Dunham’s jawline was tightened in her photoshoot for Vogue. There have been interminable debates over the nudity in the show, and whether it’s necessary. There has been barely disguised rage that a woman who isn’t a standard Hollywood beauty is allowed to display her body in public, to place her less-than-perfect flesh at the centre of her show, to play a character who sleeps with good-looking men.

The popular blog Jezebel offered $10,000 for un-airbrushed images of the Vogue photoshoot, as if  having one’s hips narrowed in post-production were hard evidence of betraying the sisterhood, of not being that perfect poster girl for global feminism who has, to the best of my knowledge, never existed, and who would need to be destroyed if she did. As Dunham told the Huffington Post in 2012: “The idea that I could speak for everyone is so absurd.” But the reactionary trend of taking any rich young white girl’s story and making it a totem for young womanhood everywhere is bigger than Dunham, and it’s a brutal beast to battle. 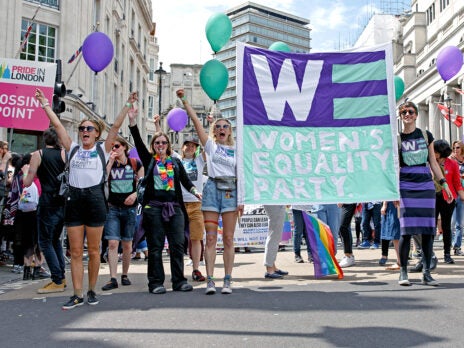 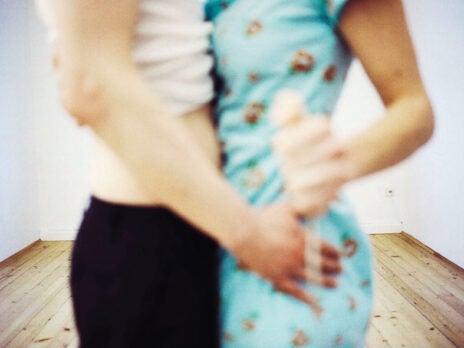 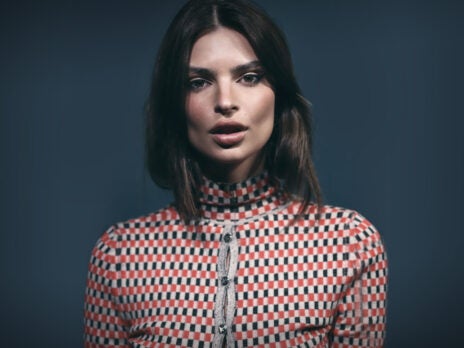 In My Body, Emily Ratajkowski asks difficult questions about beauty and capitalism. Does she have any answers?

Nobody is saying that Lena Dunham doesn’t deserve critique. Debate and discussion is part of the life of a piece of art, particularly when it comes to episodic television, which has replaced film as the dominant medium of collective storytelling. What is curious is that no male showrunner has ever been subject to quite this sort of intense personal scrutiny, this who-are-you-and-how-dare-you. No male showrunner has ever been asked to speak to a universal male experience in the same way, because “man” is still a synonym for “human being” in a way that “woman” is not.

Men do not experience the personal being made universal. When men direct honest, funny television shows about young men living their lives, it’s not “television that defines the young male experience”, it’s just television. When men write  “confessional literature”, it’s just called “literature”. Male artists and writers produce deeply personal content all the time, but as Sarah Menkedick once wrote at Velamag, for them “it’s called ‘criticism’ or ‘putting yourself in the story’ or ‘voice-driven’ or ‘narrative’ or ‘travelogue’ or ‘history’ or ‘new journalism’ or simply a ‘literary journey’”.

Forbidding any woman simply to be an artist, forbidding us from speaking about our experience without having it universalised and trivialised, is the sort of broad-brush benevolent sexism that undermines the real threat that a multitude of female voices might otherwise pose. It comes from a culture that puts up endless barriers to prevent women and girls expressing ourselves honestly in public and then treats us like fascinating freaks when we do. Is still so rare, so unbelievably, fist-clenchingly rare, to see young women depicted in the mainstream media with anything like accuracy, as human beings rather than pretty punctuations in somebody else’s story, that as soon as it happens we want it to be more than it is. So Girls is asked to speak for every young woman everywhere, and then torn apart when it inevitably fails to do so, because nobody can, because nobody ever could. And that’s the problem.

In 2012 Kendra James, a black writer with a similar social and educational background to Dunham, wrote a heartfelt piece entitled simply “Dear Lena Dunham: I Exist,” in whish she asked “why are the only lives that can be mined for “universal experiences” the lives of white women? Why, indeed? In mainstream culture, white, straight, middle-class women don’t get to speak about their experience without having it universalised and made meaningless in the process – but black women, poor women and queer women usually don’t get to speak about their experience at all. (In 2013, only one black female director released a major film.). Essentialism is as racist and classist as it is sexist. It is always reactionary. The idea of girlhood as a universal story is a great way to stop individual women’s stories being heard. And it’s treacherous territory to negotiate.

Last week, I filed a blog about the politics of short hair. It was response to a viral piece by Tuthmosis of the anti-feminist site Return Of Kings, and was intended as something lighthearted, about how, in my experience cutting your hair short can change the way men treat you.  I wasn’t expecting it to go viral, and I was absolutely overwhelmed by the response – the piece got a lot of positive comments, but was also called out for largely overlooking the experiences of black women with regards to hair and beauty.

I didn’t set out to write the definitive article about what short hair means. But just because I didn’t mean to make my experience universal doesn’t mean that it didn’t read as such. It’s easy to forget that, as a white girl working for the mainstream press.

The mainstream media  still tells a single story about what women are and what they do. The internet, by contrast, allows us to tell many stories. My own work and writing comes out of the blogosphere, out of livejournal and blogspot and status updates, and my first jobs in journalism were for small, independent publications. Sometimes I forget that writing for publications like the New Statesman and the Guardian comes with very different overtones –  the attitudes of the mainstream press are changing, especially online, but for a lot of people they still represent a culture whose idea of femininity is horribly monolithic.

The telling of many stories, the sharing of different experiences, is part of what’s creating a sea-change in our cultural understanding of gender and power. I see that happening everywhere. But sometimes just seeing isn’t enough.

The politics of cultural representation are riven by rage for good reason. This is still a sexist, racist society, one that reserves a very limited number of places for female writers and artists – fewer still for women who are not white, straight and middle class – and then demands that they speak as women first and as human beings second. Those who by chance or privilege manage to attain those few, totemic positions become lightning rods for the understandable anger of those who were not chosen, who do not see big-budget dramas made about their lives, who are only called on, if at all, to describe what it is like to live as “other”.

Only white, straight, cis girls get to be Everygirl. That’s just one more reason that the idea of Everygirl is bullshit. It hurts every real person trying to live her own story within the limits of imagination permitted to us.

Feminism will have achieved something huge when one artist isn’t expected to stand in for every young woman everywhere. We will be on the cusp of something magical when women are actually permitted to be artists, to create fiction, to make mistakes, to grow up, to be flawed and human in public. If there’s one thing about the phenomenon of Girls that does speak to a universal female experience, it’s the spectacle of being crushed by impossibly high expectations.

The really scary truth about the universal girl experience is that there isn’t one. The truth about young women that nobody wants to acknowledge is that we are all unique, and the number of stories that haven’t been told about our lives is vast, particularly if we are poor, or queer, or if we are not white. It is the telling of many diverse stories, rather than the search for the perfect archetype, that will really challenge the narrative of patriarchy, and want to see more women’s stories told, not just online, but in mainstream, high-stakes media. I resolve in future to be a more useful part of that great retelling.

To paraphrase Bakunin, there is no such thing as a perfect poster girl for feminism – and if there was, we’d probably have to destroy her.