As temperatures soared in July, many of us escaped to swimming pools. At this time of year, the smell of chlorine mixed with sunscreen and fried food takes me back to the outdoor pool where I learned to swim in the early Nineties.

Outdoor pools, however, are a rare amenity these days. Widespread closures of lidos in the 1980s, following a decline since their 1930s heyday, have since pushed British swimmers to open water and sea swimming when heatwaves hit.

During the last weekend of July, six people died in incidents in rivers and lochs in Scotland alone, in what has been described as the country’s worst weekend “in memory” for deaths by drowning. Drowning is the third leading cause of unintentional injury death worldwide, with the highest rates among children aged one to nine.

Crumbling Britain: The slow death of the high street 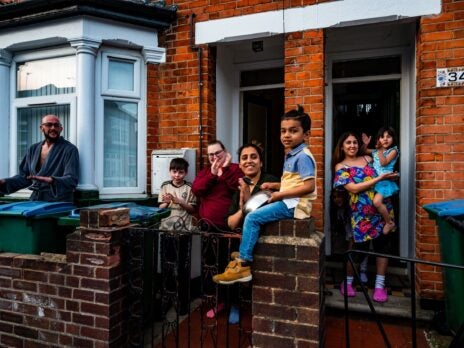 Austerity Coronanomics: How vital support for carers is being cut during the Covid-19 pandemic

Crumbling Britain: the UK’s pothole plague is a sign of national decline

However, public swimming pools are under threat from a mix of ageing infrastructure, cuts to public funding and the growing number of private pools attached to exclusive gyms and health clubs.

In January 2020 the Local Government Association warned that just under two-thirds of council leisure centres were “outdated” and in need of “urgent new investment”, and a quarter had not been refurbished in more than 20 years. That was before the pandemic forced swimming pools to close along with other indoor sport and leisure facilities.

In the Wirral, in north-west England, several public swimming pools that were closed during lockdown were converted into vaccination centres, says local councillor Pat Cleary. The council has reopened most of the pools for the summer, but this decision was “challenging”, he says, because it had to balance the advice of public health officials to keep some pools closed against the need and demand from residents for affordable leisure.

But beyond the pandemic, there are concerns about the future of swimming in the Wirral. The local children’s fun pool is in poor condition and has been deemed by the council as too expensive to reopen permanently (it is currently open temporarily for the summer holidays).

“Some facilities [were] already problematic from a cost point of view, [now] those issues are being amplified because costs are going up due to the pandemic,” he says. When the money from central government for Covid-19 recovery runs out, Cleary is concerned that councils across the UK will find it much harder to operate swimming pools.

Cleary believes private facilities were more able to access government funding during the pandemic compared with public ones. As a result, he says, private pools have been “advantaged” and may have attracted more customers and subscriptions than public facilities.

Without investment there will be a “steady decline” in the stock of pools over the next ten years, according to Alex Hains, head of business engagement at the Swim England governing body.

“We have a large percentage of our pools which are past their sell-by date to some extent,” he said. “They were built over 30 years ago, which is the typical lifetime of a leisure centre without significant refurbishment and development.”

At the moment, England has “slightly under” the number of pools it needs to serve the population, while some areas are also more “water-deprived” than others.

“[Public leisure centres] are uniquely placed outside of the private pop-up gyms and the private health clubs and other sporting activities in their service to health and well-being,” Hains says.

Prior to the pandemic, Swim England investigated the investment needs of the sport and found funding was most urgently required in areas of higher deprivation.

Covid-19 has escalated the conversation around critical funding for swimming pools because councils have been footing the cost of the facilities that closed during the pandemic.

Sport England’s National Leisure Recovery Fund helped operators recover some of the losses they suffered, and Swim England is calling on the fund to be renewed to help pools stay open.

The real crunch point will come in 2022 when councils set their budgets and carry out options appraisals on whether to close facilities in order to help balance the books. “Next year is the looming crisis,” Hains warns.

John Carroll Leisure Centre in Nottingham permanently closed in June 2021. “Radford Swimming Club has been swimming at John Carroll since 1984,” says the swimming club’s chairman Bernie Walker, who has coached at the club for more than 20 years.

At the start of 2021, Nottingham City Council announced it needed to make cuts of £15.6m. This was on top of the anticipated loss of £38m the council had invested in its energy company Robin Hood Energy, which went into administration.

John Carroll Leisure Centre was an “easy target”, according to Walker, because while the centre served the local community, it was not as busy as other centres.

The council has told Radford Swimming Club its swimmers can use another pool in the city, and the council has worked to secure them extra water time at these facilities, but Walker says a lot of the children will not want to change locations.

“The people in that area needed that facility and they’ve lost it,” he says.

Geoff Wade manages swimming across Gateshead council’s five swimming pools in the north of England. “Covid forced us to look differently at how we deliver swimming,” he says. “Previously, public swimming was often programmed in around more profitable swimming lessons and clubs, rather than being treated as a core offer in its own right.”

Covid-19 changed everything. It made pre-booking essential, and gave Wade and his team a chance to define session types and times that matched with the different types of swimmers at the pool and helped them ensure there was a “quality swimming environment every time”. The changes proved so popular that 60 per cent of lane swimmers at the pools agreed they had swam more regularly as a result, he says.

Without fewer public pools, however, access to affordable swimming hangs in the balance – and with it a valuable life skill that is key to our physical health, well-being and safety. The summer days we spend poolside may be numbered.