An impatient Boris Johnson was pestering Downing Street officials relentlessly to show him the draft Conservative election manifesto. It was 2017 – he was foreign secretary at the time – but Theresa May’s campaign team refused. They didn’t trust him not to leak it to the press.

Two-and-a-half years later, Johnson presented his own manifesto to voters and won his party’s largest majority since 1987 on the strength of it. But it seems he couldn’t be trusted with his own election promises either.

The Prime Minister openly admitted breaking his contract with the British people this week, raising taxes and abandoning the “triple lock” on the state pension in a mini-Budget that pumped money into the creaking NHS and a social care sector that has been in crisis for a decade.

If you’re going to dump your central manifesto pledges, then protecting the state healthcare system from collapse during a pandemic while fixing the ugliest problem in social policy are worthy reasons for doing so. 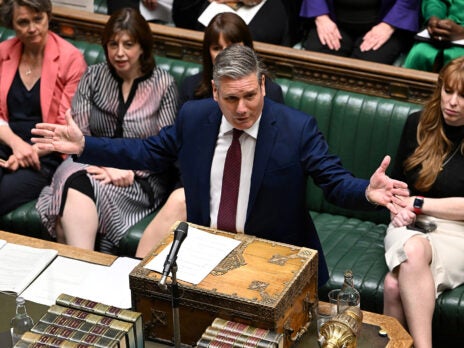 PMQs today: Starmer turns the strikes to his advantage 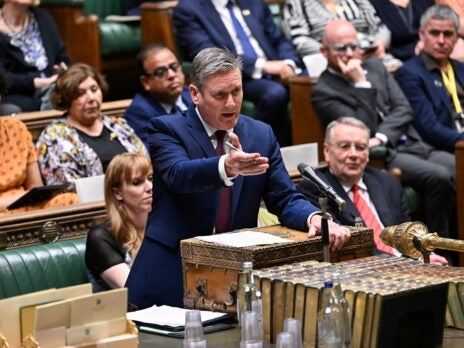 According to some who worked with Johnson on the care package, he was personally “determined” to get the policy through and had been pushing for it since winning the general election in 2019. Previous attempts to solve the care conundrum have become stuck in the trenches of Whitehall warfare with the Treasury, or in political rows over “death” or “dementia” taxes.

But while Rishi Sunak – and many Conservative MPs – opposed the 1.25 percentage point rise in National Insurance, Johnson would simply not back down. “This only happened because of him,” one person involved said.

Despite voting for the policy in the Commons, Tory MPs still fear that jettisoning the manifesto is a huge risk for Johnson – and for them.

Retaining the public’s trust is vital for any prime minister and a record of keeping promises is a politician’s best chance of retaining the faith of voters. Having broken one major set of pledges, Johnson’s job now is to make sure voters see and feel that he is delivering on the plans he set out this week.

It won’t be hard to persuade people they are paying higher taxes. For one thing, from April 2023 the new health and social care levy will appear as its own item on every pay slip in the country, a new entry alongside National Insurance. The right-wing press is also up in arms about the tax rise, which is guaranteed to keep the issue high up the political agenda.

In their daily lives, too, voters will be painfully aware that they are paying more to the Treasury, especially if they live in former Red Wall battlegrounds in the north-east or the Midlands which backed Johnson’s Tories in 2019 and Brexit in 2016. It is in these areas, where disposable incomes are the lowest in England, that the impact of the extra levy will be felt most acutely – an obvious electoral peril for the Tories.

The crucial question is whether, amid all this financial pain, voters will also see the benefits of the extra money in their personal experiences of the NHS and social care by the time Johnson next asks for their support.

Some Conservatives expect an election as soon as next year, while others predict 2023 is more likely than the latest possible date of 2024. In three years, the NHS and care systems will have received £36bn but the backlog of 5.5 million postponed operations, scans and procedures is far from certain to have disappeared.

As for improving the social care system, elderly and disabled people won’t benefit from the cap on lifetime care costs by the next election, for the simple reason that they will not yet have spent enough on residential home fees to reach the £86,000 level at which the cap takes effect. The new system only comes into force from October 2023.

Johnson’s strategy assumes that the money for social care is indeed transferred from the NHS pot in the years ahead, instead of being swallowed up by an insatiable health service constantly and increasingly in demand. (Health and social care will soon account for 40 per cent of the government’s day-to-day spending, up from 30 per cent a decade ago.)

Yet the scenario now alarming Tory MPs at Westminster is that the plan will simply fail and billions more will need to be raised in taxes for care in two years’ time. “If socialist policies worked, I’d be a member of the Labour Party,” said one rebel Tory who refused to vote for Johnson’s plan.

By the time of the next election, Conservatives fear, voters will be feeling the pain in their wallets and still seeing the problems on the wards. A new narrative will then take hold of a broken NHS that not even a Tory tax bombshell could fix. The risk is that voters then turn up to the polling station remembering Johnson as the man who broke his promises –  twice –  and wonder whether he is worth trusting again.

There is hope for Johnson. But only if his government can meet the enormous task of cutting the NHS backlog against its own incredibly tight timetable. Johnson’s gamble means his fate is now no longer in his own hands.

It is the work of his new Health Secretary, Sajid Javid, and the service he oversees that will determine whether the extra cash goes to the front line in a way that offers value for taxpayers’ money. For Tory hopes of retaining voters’ trust, it is Javid, rather than Johnson, who is now the most important minister in the government.

[see also: Both leaders are entering the new political season on the wrong side of their parties]