In August, hundreds of thousands of Scottish school pupils will receive their exam results by text, email or post. It is an annual event traditionally marked by newspaper photographs of blazer-clad boys and girls jumping for joy at their clutch of As – but also, increasingly, by recrimination, because success is not replicated across the social spectrum.

Back in 2015, First Minister Nicola Sturgeon told the country to judge her on her party’s record on education. It is hardly surprising, then, that she comes under attack whenever there is fresh evidence that the attainment gap remains intact. Reporting by the Times shows that in 2019 – the last year of exams before the pandemic – those from the most deprived parts of Scotland were more than twice as likely to fail a Higher as they were to get an A.

Last year, the public backlash intensified when it emerged that, with the exams cancelled, the algorithm used to moderate results based on teacher estimates perpetuated the attainment gap. The Scottish Qualifications Authority (SQA) downgraded the results of around 125,000 pupils based on the past performance of their schools, predominantly affecting those from poorer areas. The then-education secretary, John Swinney, was forced into a U-turn – with all teacher estimates reinstated – after the Scottish Greens threatened to support a Vote of No Confidence against him.

This year, results day will be less dramatic. With the exams cancelled again, 2021’s grades are based on “assessments”, marked and moderated by schools before being passed to the SQA for a “quality assurance” procedure. Teachers told pupils their grades in June. There are unlikely to be any surprises. 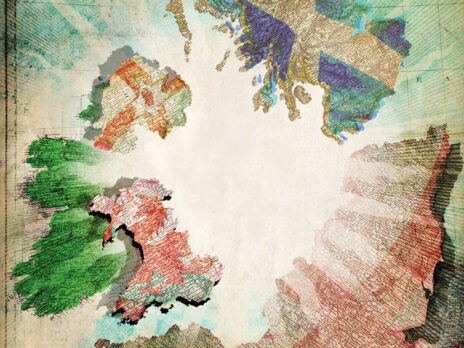 But this does not mean everyone is happy with the way things have been handled. Far from it. Many teachers are furious with the SQA and the Scottish government for creating “a substantial additional workload for their pupils” at a time when schools were either closed or subject to continual disruption. In a survey by the Scottish Secondary Teachers’ Association (SSTA), which represents 6,500 high school headteachers and staff, 92 per cent said the process had added to their pupils’ stress.

Education experts claim that things began to go awry when Swinney initially refused to cancel exams and replace them with a viable alternative before the start of the last school year. Instead, pupils returned to the classroom in August 2020 and began studying for exams as normal.

In October, with Covid-related absences on the rise, Swinney called off National 5s (the Scottish equivalent to GCSEs). But the Highers weren’t cancelled until December, weeks before schools were forced to close again and online learning resumed.

[See also: How the debate over trans rights is splitting the SNP]

Soon after, Scotland’s biggest teaching union, the EIS, backed an Alternative Certification Model – a system of classroom assessments to replace exams. These assessments were supposed to be lower stakes than exams and flexible enough to cope with shifting circumstances. But fears quickly grew that the SQA’s guidance on what constituted a valid “assessment” was so narrow and prescriptive, they were essentially exams by another name.

“It’s an attempt to return to the status quo, because there is a belief that, if too many poor pupils do too well, the system will be damaged.”

Returning to the classroom after Easter, many S4/5/6 pupils (aged 14-18), who had missed out on prelims, found themselves facing not one, but two, sets of “assessments”. In some schools, these were scheduled to take place less than a fortnight apart, under exam conditions, with no exam leave. Teachers described soaring levels of anxiety.

There were also concerns that – unlike last year – the SQA was insisting grades must be based on “demonstrated” rather than “inferred” attainment. In other words, if a teacher believed a pupil had underperformed because of illness or bereavement, there was little they could do about it.

“What the Scottish government managed to do was to keep all the negative elements of exams and remove all the positive elements,” says Barry Black, education researcher for the University of Glasgow’s Urban Big Data Centre, who stood, unsuccessfully, as a Labour party candidate in May’s Holyrood elections. “The positive element of exams is that everyone sits them in the same conditions at the same time, answering the same questions, so, in theory, there’s a level playing field. But this year the process was different from classroom to classroom, school to school, local authority to local authority.”

Last year, the SQA caused outrage by baking the social attainment gap into the moderation process. There is no algorithm this year, but critics fear inequalities are being reinforced by other means.

Research shows that students at schools in deprived areas suffered the most from Covid-related disruption, placing them at a disadvantage. Furthermore, poorer pupils are more likely to struggle with online learning, because of a lack of laptops, internet access and space to study.

Scottish education expert James McEnaney believes these inequalities are being compounded by local authorities asking schools to “sense-check” this year’s grades against pre-2020 results to see if they are in alignment. The implication seems to be that – if not – they might want to do something about it.

McEnaney says some teachers, departments and schools have refused to change their results, but others have raised grade boundaries to reduce the number of As.

“There is no good rationale for saying we want to keep the results in line with pre-2020 because this year isn’t like pre-2020,” he says. “By suggesting to schools: ‘Here’s your past data, maybe you should take a look at it,’ it’s clear what’s going on. It’s an attempt to return to the status quo, because there is a belief that, if too many poor pupils do too well, the system will be damaged.”

This year’s results may be as unfair as last year’s. But because all the marking and moderation was done before the results were passed to the SQA, there will be no quick political fix. The Scottish government can’t revert to the teachers’ grades because, to all intents and purposes, these are the teachers’ grades.

[See also: How Scotland is heading for an even bigger exams debacle]

The new appeals process – brought in for 2021 – is unlikely to help much. Pupils will be able to appeal against administrative errors, the academic judgement made, or on grounds of discrimination, but not on grounds of personal circumstances such as illness or bereavement.

Nor is there much political leverage. Immediately after the May election, Swinney was replaced by Shirley-Anne Somerville. It is hardly fair to call for her resignation when she was not party to any of the decision-making.

With Scottish education being criticised nationally and internationally, Somerville has a tough few years ahead. In June, she pledged to overhaul the system after an OECD report into the country’s Curriculum for Excellence (CfE) said the exams system for older pupils was not in keeping with the curriculum’s own underlying ethos.

“The report says we have a good, forward-looking, holistic curriculum until you’re at the end of S3 [up to age 15] but then the sprint to the final years’ high-stakes exams strangles all innovation,” says Black.

In August, a second OECD report – a review of national qualifications systems around the world – will come up with recommendations for Scotland.

In the meantime, Somerville has announced the abolition of the SQA, which has long been viewed as incompetent and lacking in transparency.

“Part of the problem is that the P1 to S3 curriculum was developed by the curriculum group at Education Scotland and all the stakeholders, whereas the senior phase was designed by the SQA,” says Black. “So you had two different starting points or mission statements and never the two have met.”

Scotland is one of the few countries in the world with three tiers of examination (England and Ireland have two and many other countries only one). Highers – the qualifications on which university admission is chiefly based – are taken in S5 in what is known as “the two-term dash”.

“We need an assessment system that reflects pupils’ depth of understanding rather than just their ability to perform in a particular type of test.”

Scotland’s cultural bent towards high-stakes exams encourages teaching to the test. With marking schemes that are incremental – rewarding particular answers as opposed to levels of complexity – schools fall back on reductive techniques and templates.

“We need to move beyond formulaic teaching to teaching for understanding,” says Mark Priestley, professor of education at Stirling University and the man who led the review into last year’s exam debacle. “We need an assessment system that reflects pupils’ depth of understanding rather than just their ability to perform in a particular type of test.”

Scottish education experts have suggested that potential changes could include a move to one final examination, with pupils’ performance determining what qualification they gain, and greater emphasis on continuous assessment through a mix of vivas and portfolio work.

All of this will come too late for this year’s cohort. Next year’s should have started work on their National 5 and Higher courses before the schools broke up, but are, again, in limbo.

There has been no clarity on what will happen at the start of next term. But the OECD report will be a springboard for a national debate on the medium to long-term future. “I say this with sadness for the young people who have been affected,” says Black, “but we are now looking at using their terrible experience to learn from. It’s frustrating, but that’s the stage we are at.”