Florence Eshalomi may have been involved in politics for a long time, but since being elected in December as MP for Vauxhall in south London, she hasn’t let her new standing change her. We meet at her constituency office, only a few minutes’ walk from the Sainsbury’s where she worked at as a teenager. She assures me she still spends her weekends “shopping in Brixton Market with my do-rag on”.

The eldest of three daughters, Eshalomi was born in Birmingham and raised in south London. Her parents separated and Eshalomi’s mother worked as a school teacher until illness forced her into early retirement. Eshalomi supported her mother as a carer while at school, before attending Middlesex University to read a BA in politics and law. “From an early age, I was fascinated with the structures on which society is based,” she tells me. “In particular, I was interested in the ones that needed to change.”

While at university, Eshalomi took part in the European Union-funded Erasmus student programme, which allowed her to spend some of her degree at Utrecht University in the Netherlands. “It’s an opportunity I’m eternally grateful for,” she says. “It’s one that my mother, a single parent, would never have been able to afford. EU funding made that entire experience possible.”

After university, Eshalomi worked in several campaigning and public affairs roles, including for the Labour Party during the 2005 general election and the race equality think tank the Runnymede Trust. In 2006, she became a councillor for the London Borough of Lambeth, and joined the London Assembly as the representative for Lambeth and Southwark ten years later. In December 2019, she was elected as the MP for Vauxhall, succeeding the controversial Kate Hoey, who had stepped down after 30 years in the role. “I’ve got big shoes to fill,” Eshalomi says. “Kate was a great constituency MP that did a lot for the people in this area.” 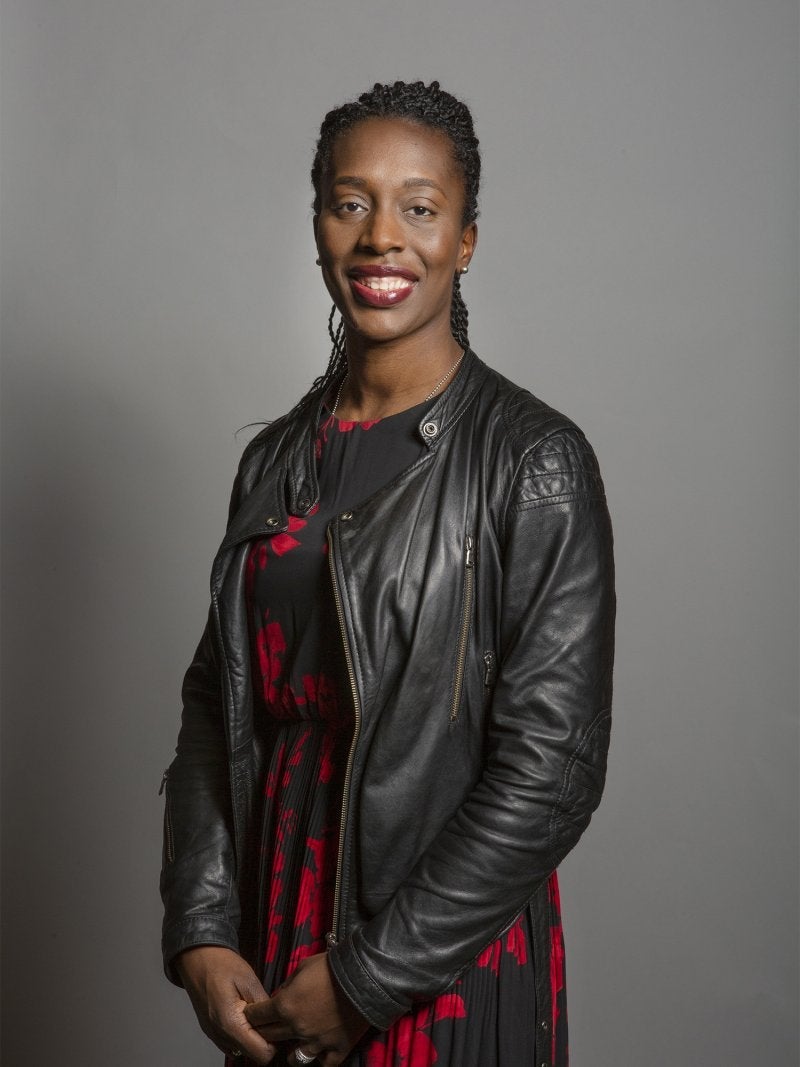 Vauxhall is in Lambeth, which voted overwhelmingly (78.6 per cent) in favour of the UK staying in the EU in the 2016 referendum. Hoey, an outspoken proponent of Brexit who campaigned alongside former Ukip leader Nigel Farage, was criticised for failing to represent the interests of her constituents.

Given Vauxhall’s ethnic and cultural diversity, particularly across its Brixton and Clapham wards, what does Eshalomi, 39, make of her predecessor’s decision to appear alongside a man whose indiscretions include unveiling a campaign poster ahead of the EU referendum entitled “Breaking Point”, which showed Syrian refugees travelling to Europe? “It was a strange one, I’ll admit.”

Becoming an MP was bittersweet. “On the one hand, I felt hugely proud to represent the area that I’m from and wanted to enjoy my victory,” Eshalomi says. “But Labour lost the election. So when I gave my acceptance speech, I knew I was going to be in a party that was going to be stuck in opposition, and it wouldn’t matter how good our ideas were, it was always going to be that bit harder for us to get them through. But I’m definitely up for the fight.”

Eshalomi’s early days in parliament have been “busy to say the least”. Now, in the midst of the coronavirus pandemic and amid growing public consciousness of racial inequality, with the Black Lives Matter movement, Eshalomi says that there is “massive additional pressure for politicians to get things right.”

The Covid-19 crisis, she adds, has “underscored” many structural problems that already existed. And the effect of lockdown, “not just financially”, has been felt among “some communities more than others”.

“The need for better, fairer housing policy, has become even clearer,” she says. “Some families are living as four or five people in a two-bedroom house, with no access to green space. Being stuck indoors all day… it’s bound to have a massive impact on people’s mental health. Covid-19 has shone the spotlight on what’s needed to change for a long time.”

But Eshalomi does see an upside. “The pandemic has brought out the best of some communities… they’ve stuck together.” And she is full of praise for key workers. “All of the staff across the NHS have been brilliant. Working-class people have been crucial to keeping the economy going… Delivery drivers, supermarket workers: they should all be recognised and rewarded.”

The MP believes the UK’s issues with class and race are interrelated. “In terms of your life chances, as a black person, or someone who is on a low income, you’re worse off. Consider the reorganisation of any company – who are usually the first people to go? The uptake of free school meals tends to be tilted towards black people. The mortality rates of pregnant black women are higher. If you’re black, or if you’re black and poor, you’re almost consigned to having worse life chances.”

Racism is a problem across all of society, she says. It “doesn’t just mean calling people names. It relates to access to institutions – universities, the top jobs and so on. People like to pretend that racism doesn’t exist outside of the working class, but they’re kidding themselves.”

Does Eshalomi, who is of Nigerian and Brazilian heritage, feel British? “Yes,” she says emphatically. “Even if trolls on the internet like to tell me otherwise.” The UK is “richer for its diversity” and her constituency is a “shining example” of this.

Her hope for the Black Lives Matter movement is that it doesn’t “fizzle out”. That it took the killing of George Floyd to act as a catalyst is “unfortunately, the reality of the situation”.

“The important thing is that we learn from it. People are having conversations now that they wouldn’t have had six months ago, and that’s a good thing.”

Eshalomi dismisses the idea that Black Lives Matter is a left- or right-wing cause. “It’s a human issue,” she says. The people who insist that “all lives matter” are “missing the point…You can’t have a situation where the majority of businesses affected by Covid-19 are black- and ethnic minority-owned and not think something is wrong.”

But she wants “real change” rather than tokenism. A company making a diversity recruitment drive for one year isn’t enough. “We have to get to the heart of the issue as to why black and Asian people don’t feel like they can get into certain institutions or professions. We have to ask why they’re joining gangs. Ask and answer those questions rather than letting people grow up assuming that they are only destined to do one thing.”

Has becoming an MP changed her views on entering politics? She shakes her head. “I got into politics as a young girl from Brixton who wanted to represent people who felt they didn’t have a voice. That’s exactly why I’m still here now.”