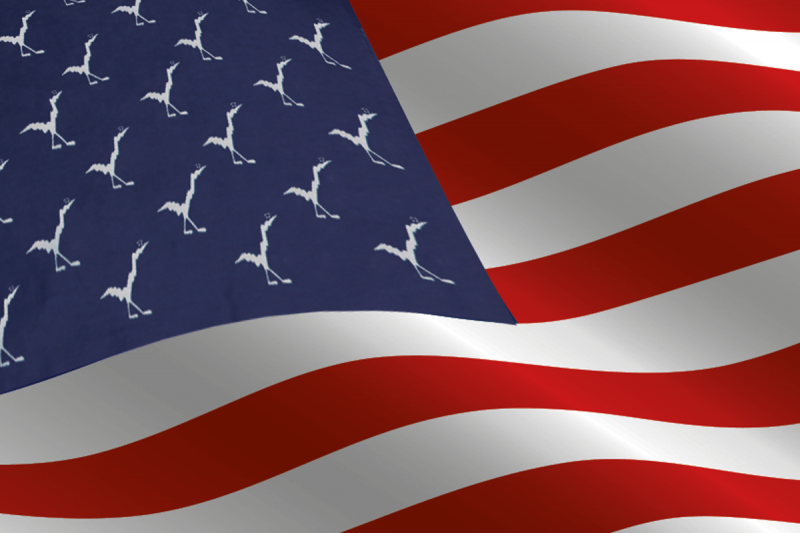 Context is everything. Two of the factors behind the recent increase in market volatility and the significant retrenchment in stockmarket indices could, at other times, have been interpreted as positives: faster economic growth and a falling unemployment rate.

Both developments have been accelerated by the Republicans’ policies of cutting corporate taxes and reducing regulatory red tape. This stands in contrast to the last period of significant market weakness in early 2016, when growth in the global economy slowed and it looked like there might be a recession caused by apathy or a lack of ‘animal spirits’. From the perspective of US, at least, the policies of the Trump administration make that risk appear remote.

Today, the worry is not a lack of animal spirits. Rather, the debate has moved on to classic ‘late-cycle’ questions. Are we on the verge of a period of accelerated inflation? And is it possible that the Federal Reserve is close to causing the next recession through an over-aggressive tightening of monetary policy?

Added to these late-cycle worries, we have the fact that the long-established, pro-globalisation consensus in economic policy is being severely tested by President Trump.

While the outcome of the renegotiation of Nafta was relatively benign, it would appear that the current stand-off between China and the US over trade is likely to run and run. Companies in the US are scrambling to find alternative supplies of components they currently buy from China, a task made harder by the fact that all their competitors are scrambling for new suppliers at the same time. So, the tariffs announced for 1 January are likely to be somewhat inflationary. Because only a limited amount of these tariffs will get passed onto end consumers, they are also likely to be negative for companies’ margins.

Consumer price inflation; the substitution of capital for labour

Clearly, falling unemployment is causing wages to rise. This is mostly a good thing: by boosting wages for the lesser educated part of the workforce, it is significantly reducing income inequality. The worry, of course, is that rising wage inflation leads to inflation.

It is for this reason that the Federal Reserve typically raises interest rates in tandem with wage inflation, as it is doing now. In this cycle, however, there is no doubt that consumer-price inflation has been slow to manifest itself. Perhaps this is not surprising given technology has disrupted so many markets. The internet has given consumers a powerful tool: price transparency. We believe this has made the act of raising prices harder than it was in the past.

From a macroeconomic point of view, some companies and industries have the ability to substitute physical capital and technology for labour. Diners no longer stand in a queue at McDonald’s to pay a cashier. Instead, they order a Big Mac at a touchscreen kiosk. Similarly, as Amazon and other online retailers are gaining market share they are replacing labour-intensive shops and department stores with more capital-intensive warehouses and fleets of delivery vehicles.

We could also argue that the Federal Reserve’s policy is already having an impact on some industries. Housebuilding is the obvious example. Shortages of skilled labour mean it is taking longer (and by definition costing more) to build a house than it did one, three or five years ago. As a consequence, new homes are becoming more expensive just as mortgage rates are increasing, thereby reducing demand (and, presumably, demand for labour).

While the economy is growing nicely at the moment, we know that fiscal stimulus will fade on a year-on-year basis from the middle of next year. Presumably, that will come just as tightening by the Federal Reserve is having an impact.

At present, we don’t expect a recession next year or possibly even in 2020. We have not seen signs of the consumer price inflation that would prompt the Federal Reserve to raise rates so aggressively that it would cause a recession. Other than a very low unemployment rate, we are hard pushed to identify any signs of overheating in the US economy. We have not seen a boom in investment or, indeed, consumption. Consumers have repaired their personal balance sheets since the financial crisis, and what debt they do have is often at a fixed rate (mortgage debt) rather than a variable one.

One area of excess is the amount of corporate and government debt worldwide. Because the cost of servicing this debt will be sensitive to interest rates (not all debt is on a fixed coupon) we think there is limited scope for short-term and longer-term interest rates to rise significantly.

We should also be aware that rising interest rates in the US tend to have a disproportionate impact on economies outside the US, and particularly on emerging markets. So as we look beyond the US and at other economies around the globe, we do not see a new engine of growth – just the possibility of further disappointment.

Our outlook – and the positioning that results from it

Rising interest rates (and the debate over future increases in rates) have had an impact on the market in two ways. First, companies that depend on economic growth (such as banks) have sold off aggressively as the market discounts a slowing or even recessionary economy. Second, ‘growth’ companies, which have performed well over the past five years, are now suffering from valuation compression. Because growth stocks derive the bulk of their cashflows in the distant future, they are more sensitive to changes in interest rates. 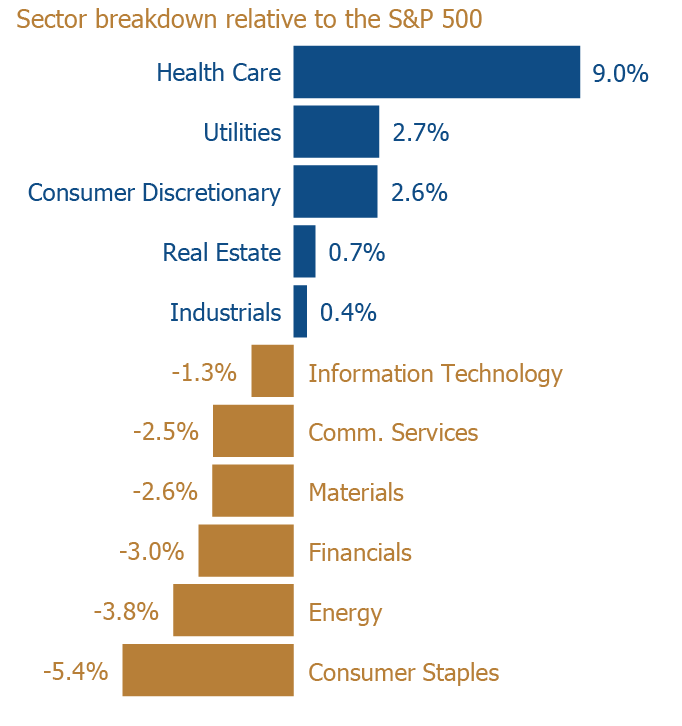 Source: Positioning of Artemis US Select Fund as at 31 October 2018.

At this point, we are happy to have a portfolio in which there is a high degree of earnings stability. Our positioning within the healthcare sector reflects our appetite for earnings predictability. So we are very underweight pharmaceuticals and biotech, which may be subject to increased price controls. At the same time, we are overweight in healthcare insurers companies that we believe will increasingly be given responsibility for tackling inflation in healthcare costs.

We also appreciate the benefits of balance-sheet flexibility (lower debts, broadly speaking) while also recognising that, for a company with a high degree of predictability to its earnings, some debt can be beneficial to equity holders. We are overweight utilities and real estate investment trusts (Reits). While they tend to have high levels of indebtedness, they also have a similarly high stability of demand.

… and looking for growth

We also retain some exposure to more rapidly growing companies. Assuming we are right about inflation and the measured pace of interest-rate increases, we believe the market will eventually return to these names. For example, we think companies involved in the payments ecosystem will continue to benefit from the move away from cash to plastic.

Where we find value

While we prize earnings stability and have some exposure to growth, we are not entirely blind to the attractions of value companies and have recently increased our holdings in insurance and airlines (Delta Airlines). But we are cautious about companies that rely on global trade, and which will be impacted both by tariffs and slower global economic growth.

To ensure you understand whether this fund is suitable for you, please read the Key Investor Information Document and Costs and Charges Information document, which are available, along with the fund’s Prospectus, from artemisfunds.com.

The value of any investment, and any income from it, can rise and fall with movements in stockmarkets, currencies and interest rates. These can move irrationally and can be affected unpredictably by diverse factors, including political and economic events. This could mean that you won’t get back the amount you originally invested. The Artemis US Select Fund and the Artemis US Smaller Companies Fund’s past performance should not be considered a guide to future returns. The Artemis US Select fund may have investments concentrated in a limited number of companies, industries or sectors and the costs and benefits of currency hedging transactions will apply to hedged shares. This can be more risky than holding a wider range of investments. The Artemis US Select Fund and the Artemis US Smaller Companies Fund may invest in the shares of small and medium-sized companies. Shares in smaller companies carry more risk than larger, more established companies because they are often more volatile and, under some circumstances, harder to sell. In addition, information for reliably determining the value of smaller companies – and the risks that owning them entails – can be harder to come by. Any research and analysis in this communication has been obtained by Artemis for its own use. Although this communication is based on sources of information that Artemis believes to be reliable, no guarantee is given as to its accuracy or completeness. Any forward-looking statements are based on Artemis’ current expectations and projections and are subject to change without notice. Third parties (including FTSE and Morningstar) whose data may be included in this document do not accept any liability for errors or omissions. For information, visit artemisfunds.com/third-party-data. Issued by Artemis Fund Managers Ltd which is authorised and regulated by the Financial Conduct Authority.