On 4 March, Gerry Adams stood on Falls Road in Belfast in front of a mural of Bobby Sands – the Provisional IRA hunger striker elected to parliament from his cell in the Maze Prison in 1981 – and proclaimed the days of a “perpetual unionist majority” in the Northern Ireland Assembly to be over. The veteran Sinn Fein president is no stranger to bold assertions, but he now has ample cause for such optimism.

In this month’s Stormont elections, his party narrowed the Democratic Unionist Party’s once unassailable lead to one seat, denying unionist parties an overall majority in the legislature for the first time. Despite Adams’s love of the limelight, his party owed much to the young woman who stood beside him: Sinn Fein’s new leader in Northern Ireland, Michelle O’Neill.

It is difficult to overstate just how significant O’Neill’s appointment was for a party that for many remains firmly associated with the IRA. Appointed in January to replace the ailing former deputy first minister Martin McGuinness, she begins a new era: the age of the IRA old boys at the top is over.

O’Neill was elected to Stormont in 2007. For many years, Conor Murphy, a senior Sinn Fein assembly member, had been tipped to succeed McGuinness. As Murphy began a five-year prison sentence for IRA membership and possession of explosives in 1982, the five-year-old O’Neill was in primary school. And while her predecessor was a former IRA commander, the 40-year-old mother of two had not yet come of age when the terror group announced its historic ceasefire in 1994. 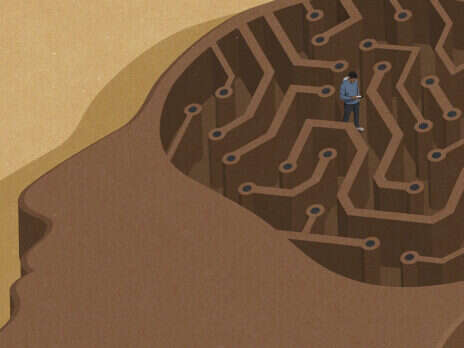 I’m moving house again – and moving away from my old, hurt self too

As London-based tabloids including the Sun and Daily Mail have pointed out, both O’Neill’s father, a Sinn Fein councillor, and her uncle were IRA prisoners, and one of her cousins was killed on “active duty”. But she has never been personally involved. Like many children of the Troubles, she is of that world but not in it.

This seemingly paradoxical position was tested during the Stormont campaign, when O’Neill led a vigil for four IRA members shot dead by the SAS in her home village in 1992. Her decision to attend drew the ire of unionists, and Jim Allister, the leader of the hard-line Traditional Unionist Voice, accused her of “dancing on the graves” of the IRA’s victims. O’Neill defended her decision to attend. “There is no single narrative to any conflict anywhere in the world or at any time in history,” she said. “Republicans understand that and accept it.”

O’Neill projects a defiantly ordinary public image: she says that she enjoys nights in with DVD box sets and glasses of wine. Her lack of IRA baggage has allowed her to be more transparent than Adams and McGuinness. Born Michelle Doris in the village of Clonoe, County Tyrone, she left school – and fell pregnant – at 16, and has spoken openly of this experience. “Being a young mum, well, it’s my life experience. It has made me what I am. It makes you stronger, I think,” she told Dublin’s Sunday World. “I know what it’s like to go to school and have a baby at home.” Her daughter, Saoirse, is now 23 and seems likely to follow her mother into politics (O’Neill and her husband, Paddy, also have a 19-year-old son, but the couple are now separated.)

O’Neill’s open manner could not be further from the murky, violent underworld associated with Adams and McGuinness. This difference is carefully constructed: Sinn Fein is on a journey from which there can be no return. Its ageing male leadership knows that its days are numbered. A new cohort of female leaders – O’Neill in the north and the pugnacious Mary Lou McDonald in the south – is being cultivated. Both speak of a desire to build a new, united Ireland. Under their leadership, it may well prove a more saleable prospect.

In January, O’Neill told a Sinn Fein conference in Dublin that there would be “a place for everyone” in the “united Ireland” that Sinn Fein is building. Indeed, equality and respect – for the nationalist community and minorities – were the watchwords of Sinn Fein’s Stormont campaign. O’Neill’s focus on what many nationalists perceive to be bigotry and intransigence on the part of the DUP paid off. Her positioning as a champion of minorities is borne out by her record as Stormont’s health minister; days into her tenure last year, she lifted the province’s ban on gay and bisexual men giving blood.

Previously, as agriculture minister, she carved out a close working relationship with the historically unionist farming sector. Colleagues from across the sectarian divide speak of her collegiality and competence. Yet she has some way to go if she is to convince the country that her leadership represents the watershed that it has been heralded as.

With the future of power-sharing in the balance, Adams – a member of the Irish Republic’s Dáil Éireann, not the Stormont assembly – is leading Sinn Fein’s response. If Michelle O’Neill does not assert herself in the negotiations to come, she may well be hamstrung by the perception, popularised by a DUP election poster, that she is in Gerry Adams’s breast pocket.

This article appears in the 08 Mar 2017 issue of the New Statesman, The return of al-Qaeda