September’s parliamentary sitting has delivered a political earthquake, with the potential to change the face of the country for many years to come.

The revelation that Theresa May intends to turn the education clock back to a time before many of her MPs were born may have emerged in almost comical circumstances. But there is nothing remotely amusing about the content of her plans.

In any case, it seems the policy was scheduled to be unveiled at the Conservative Party conference next month, so the array of questions and statements that have peppered both the Lords and Commons this past fortnight would have been delayed only until October.

Nobody had predicted this dramatic development; although in retrospect it’s not too difficult to identify its source. 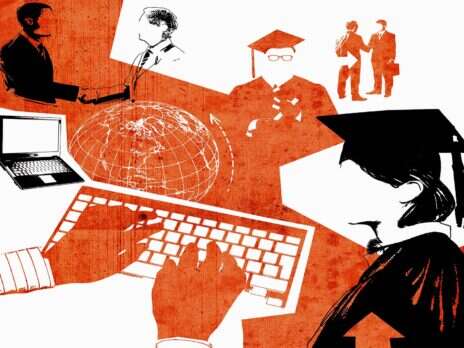 The Prime Minister has no record on education. But it’s disappointing that her first foray into the brief goes against what she said the steps of Downing Street. Talk of pursuing a ‘one Britain’ policy and ‘creating a union between all our citizens’ now rings hollow.

If social mobility really was at the heart of Team May’s agenda, the £50m a year being lavished on grammar schools would instead have been targeted at children’s Sure Start centres – a now crumbling Labour initiative. Even the consultation on their future announced last year has failed to materialise, yet the one on grammars appeared within two months of Mrs May taking over.

It is interesting that the PM appears not to believe that she requires a new mandate to govern. Yet at the same time will rip up one pledge of David Cameron’s who during the 2015 general election stated: “I think it’s delusional to think that a policy of expanding … grammar schools is a sellable idea or even the right idea”. So there.

Policy development should always be evidence-based, but there’s simply nothing to suggest that selection for grammar schools achieves anything other than social division, including within families. And in educational terms, it isn’t even effective. Certainly not when you compare with a genuine success story like comprehensives in London. All the statistics from Bucks and Kent show that the system fails those from the most disadvantaged backgrounds. Kent has the highest number of grammars but also the highest number of failing secondary schools of any local authority in the country. In 2014, 276 children in Bucks eligible for free school meals sat the 11-plus; just ten of them passed.

Nor does the consultation document stop there – also proposing that faith schools, currently forced to keep half of their places for children of other faiths or none, are allowed 100 per cent exclusivity. Quite how this squares with the Prevent programme and attempts to stem radicalisation is not addressed, but the pitfalls are clear. Faith schools also segregate by class, on average having one third fewer children entitled to free school meals.

With new demands also set to be placed on universities and independent schools, these plans are a hotch-potch that will hopefully never see the light of day. And all announced at a time when the government should be addressing the real problems in our schools that have been allowed to fester: difficulties in balancing budgets, increased class sizes, and the use of more unqualified teachers.

The Labour Party, committed as we are to an education system for all, will campaign vigorously against the proposals. But we must do so on a considered basis because it must be acknowledged that, while only 20 per cent of children successfully sit the test for a grammar school, a far greater percentage of parents will hold out the hope that their kids will be among them.

As it stands, the proposals will meet outright opposition across both the Lords and Commons, with the government’s lack of a mandate as our strongest card. Testing times lie ahead – certainly for the Prime Minister and the architect of her plans.

Mike Watson is shadow education minister in the House of Lords, and a Labour peer.