It is Friday afternoon and Mike Jackson walks through the doors of the bookshop, Gay’s The Word, in central London. He’s wearing thick black-rimmed spectacles and a small badge with a pink triangle at the centre of it.

The badge, Jackson says, marks the 30th anniversary of the original Lesbians and Gay Men Support the Miners group (LGSM). Their campaign was immortalised in the hit movie, Pride. The film tells the fascinating story of how radical LGBT radical activists created an alliance with miners from south Wales during the 1980s miners’ strike.

“There was a stony silence for 15 to 20 years after the movement. People were dying, both here and in Wales. We lost a lot of comrades to Aids. And I was saddened to think that this wonderful little moment in social history would just be lost,” Jackson says as we sit down for coffee. I can see a tear through his spectacles. One of those comrades was Mark Ashton: the fiery idealist and charismatic star of the film. He died 18 months after the end of the miners’ strike and 11 days after he was diagnosed with Aids. He was 26 years old.

About a year after meeting Ashton while volunteering on Gay Switchboard – a helpline for the LGBT community – Jackson bumped into him at King’s Cross station, just before the 1984 Gay Pride march. “He said to me: ‘how do you fancy taking a bucket and collecting for the miners?’ And that was the beginning of the LGSM movement.”

Jackson, one of the co-founders of LGSM, is depicted by Lancashire-born actor Joseph Gilgun in the movie. “I first went to watch the film with my friend Ray,” says Jackson. “He squeezed my hand right at the end of the film, when Ashton’s in the street saying ‘I want to speak to Mike, the Accrington sodomite! Do you forgive me Mike?’ and Mike just says ‘Oh, come up and do some sewing!’. My friend Ray said to me during the film – ‘that is so you’.”

“I cried within seconds of the movie starting. It opens with our anthem, Solidarity Forever, and that was it, the tears started to run.”

I ask Jackson when he came out as gay. “It was 1973. But I always say I didn’t ‘come out’,” he responds.“I exploded. You just exorcise and realise that all the bad stuff that has been hurting you is all a load of lies. You’re both incandescently joyous, because you can have sex, guilt-free, and also angry because you’ve wasted so much time and energy.”

Jackson’s “explosion” came after a long period of being frightened and confused. But he plucked up the courage after seeing a tiny advert for Gay Switchboard in Time Out. “I’d read these adverts on the underground and be conscious that the people sat on either side of me might be able to somehow, like Superman, work out what I was reading and say: ‘you’re a homosexual!’. When I finally phoned Switchboard, I chose a telephone box a very long way away from where any of my friends lived. Just in case they sprung the door open and went: ‘You’re a homosexual!’ We had several phone calls before the penny finally dropped.”

Shortly after, Jackson attended a disco night just off Ladbroke Grove in west London. “It was quite bizarre,” he recalls. The disco, set in a church and organised by a Roman Catholic priest, had a dansette record player in one corner and people dancing in the other. “In those days you asked someone if you could dance with someone. I know that sounds corny now, but this handsome lad, around 19, asked me if I’d like to dance. I’d had sex with men for years before then but this was the first time I’d had affection and all that happened was that we danced together and snogged. But that snog was incredible because there I was in front of other people who were witnessing it.

“I remember thinking, tongues down each other’s throats, that nobody could tell me that this isn’t natural. This is exactly what I wanted. It was right. I realised something at that point: the only way you’ll stop me being gay is if you kill me.” 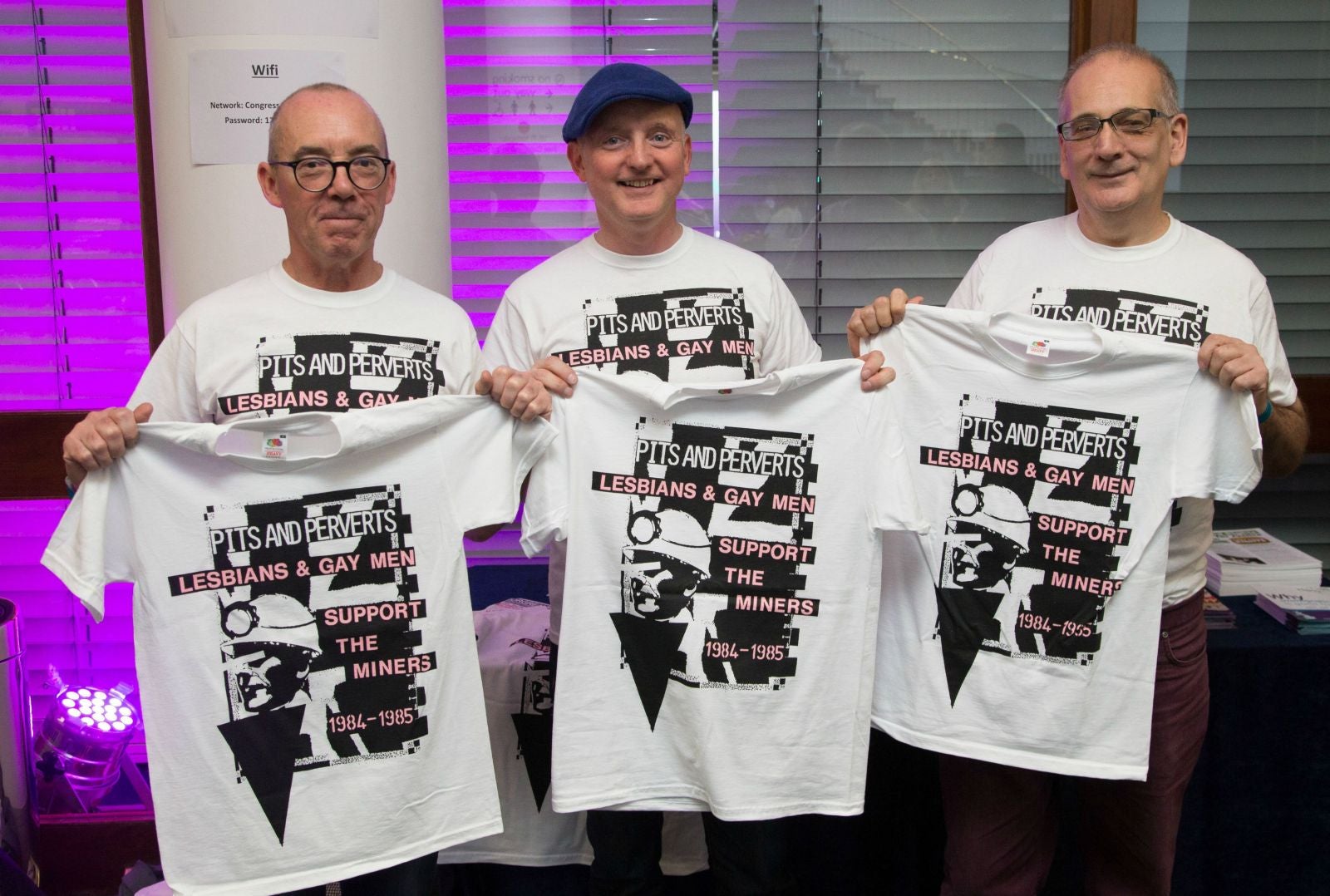 Pretty policeman also patrolled well known cruising areas, Jackson explains. “The police used to send good looking young coppers in leather jackets and ripped jeans into public toilets, acting as provocateurs, to trap gay men and arrest them.” This was a time when Sir James Anderton, then chief constable of Manchester Police, made the judgement that Aids sufferers were “swirling around in a human cesspool of their own making”.

Jackson says he’s only experienced first-hand one episode of physical violence, which he admits is sort of lucky for a gay activist in the heyday of the LGBT movement. On one particular night in the late 1970s, he had just left the Bells pub in central London. “Me and this lad had met and were on the way home together. He’d left his bike attached to the railings, across the road from the pub. As he went to unlock it this bloke came towards me.

“He said: ‘Are you queer?’ I said back: ‘Yeah!’ And he smacked me. I felt the blood running down my nose. The lad I was with started screaming and came running over to me. The assailant ran off and a group of lesbians at the door of the club said ‘which way did he go?’ And a whole posse of lesbians went running after this man down the street,” he says, laughing over the table.

His mantra: prejudice cannot withstand proximity. “I’ve been saying it for years,” says Jackson. There are two types homophobia, he explains: the first is lazy, learned and cultural, where prejudice melts away the minute a person meets you. “They say to themselves: ‘Oh you haven’t got two heads, you don’t eat babies for breakfast and you actually get pissed like I do. What’s the difference?’ and that’s the majority of homophobia. But then there is this residual, tiny number of people who are toxically homophobic.”

And it’s this second type that still whips up headlines in the press today. Late in 2014 two young men in Manchester were subjected to a horrific homophobic attack in Piccadilly Gardens after singing songs from the musical Wicked. Witnesses at the scene described how a 15-strong group crowded round Jean Claude Manseau and Jake Heaton and began attacking them. Manseau was left unconscious and suffered brutal head injuries in the attack.

This instance – and others like it – acts as a sobering reminder of why LGBT history month and Pride are still essential today. As Jackson says: “We should never ever rest on our laurels because what we’ve gained can be taken away very quickly. Homophobic attacks still happen in this country and people still struggle with oppression.” There is a need to celebrate the achievements and recognise the courageous efforts of previous generations and of groups like LGSM. We need to stay focused on the progress that has been made, not on the toxic and odious actions of a minority.

“A lot of people from your generation say ‘it must have been real hard back then’ but when you live it, you have no other comparators so it just is what it is. And in sense, you have to fight it.”

The LGSM activists are expecting to be at the front of this year’s London Pride march, 30 years after they were at the front with the miners’ unions in 1985.