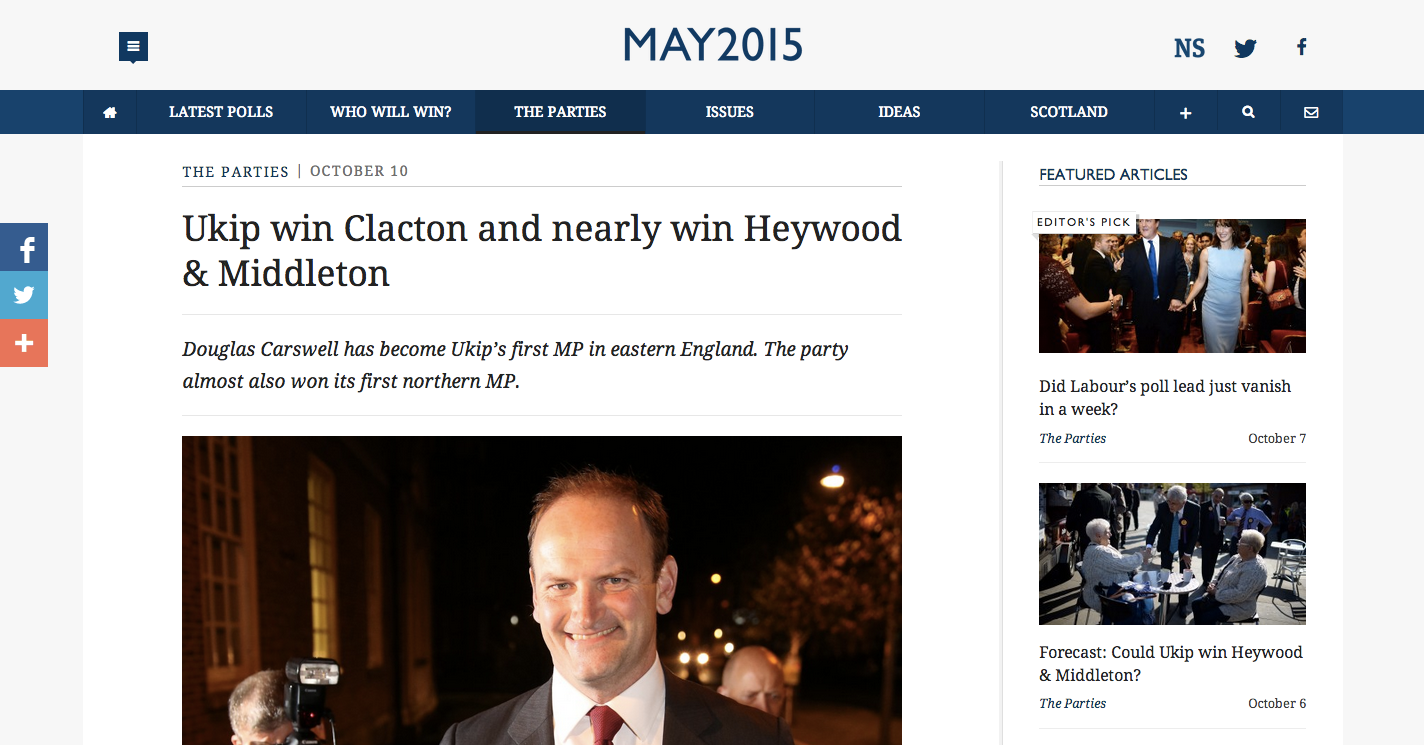 There was only one winner tonight: Ukip.

Douglas Carswell became the party’s first ever MP. He won 60 per cent of his seat, easily the most resounding win in a by-election since 2010.

In doing so he kept hold of 92 per cent of the votes he won as a Conservative in 2010, dealing a resounding, if expected, blow to the government.

But the far more unexpected story was how close Ukip came to winning a second MP. They fell short of doing so by just 617 votes in Heywood & Middleton, a northern seat tucked to the west of Rochdale and north of Manchester.

Earlier in the week we had predicted polls showing a 20 point Labour lead were too optimistic, and forecast a 6 point victory. In the end the party prevailed by 2.3 per cent, winning 40.9 per cent to Ukip 38.7 per cent.

Labour figures tried to point to how their vote increased, but they added less than 1 per cent to the total their previous MP, Jim Dobbin, won in 2010. Ukip won 36 points more than they did four years ago.

As in South Shields, the party won large parts of the electorate when they had no foothold in the area to build on. Their prospects in seats that are more favourable to them – as in Ed Miliband’s seat of Doncaster North, where right-wing parties won 17 per cent of the vote in 2010 – are daunting for Labour.

A recent Fabian report suggested the party are at risk of losing 18 seats they won in 2010 because of Ukip, either directly or through the help they hand the Tories in Labour-Tory marginals. Ukip are also threatening their chances of winning four Tory seats, the report argues.

More attention is likely to be paid to the data in the wake of last night’s results. We will be gathering and analysing it, along with Ashcroft’s marginal polls and all the latest polls, on our new elections site – May2015.com.