Today’s PMQs will be regarded by most as one to forget. As expected, Ed Miliband devoted all six of his questions to the Ukraine crisis (Labour’s Jon Ashworth has written to Cabinet Secretary Jeremy Heywood regarding the Patrick Rock affair) and wisely struck a statesmanlike tone. Indeed, his last question wasn’t actually a question but a commitment to offer the government Labour’s “full support” at this “delicate and dangerous moment for international security”.

Yet the consensual tone masked the potential for significant differences to emerge between Miliband and Cameron over how to punish Russia for its breach of sovereignty. Following the leak of extracts from a No. 10 document suggesting that “the UK should not support for now trade sanctions or close London’s financial centre to Russians” (presumably because of the consequences for UK business), Miliband asked the PM what the UK would be tabling at the EU summit tomorrow and whether he was keeping open the option of sanctions. Cameron simply replied that there would be “costs and consequences” for Russia, but failed to offer any more detail.

Miliband then smartly reminded him of his tough talk during the invasion of Georgia in 2008, when he declared: “Russian armies can’t march into other countries while Russian shoppers carry on marching into Selfridges”. Would he look at asset freezes and visa restrictions? The PM gave the stock answer that “nothing should be off the table” (a response which, nonetheless, contradicts the No. 10 document) and said he would be speaking to Barack Obama this afternoon. Whatever emerges from the talks, Miliband has made his stance clear: profit should not come before people.

It is also worth noting Miliband’s emphasis on the importance of the EU in resolving the crisis. As with his call for action over climate change last week, this is an issue over which he can drive a wedge between Cameron and his backbenchers. 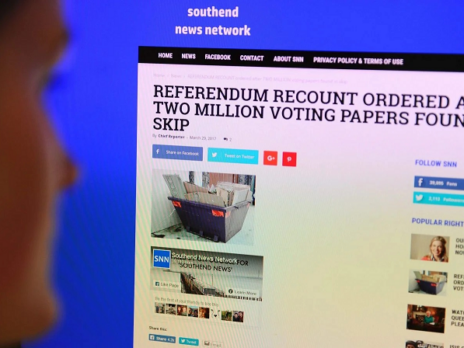